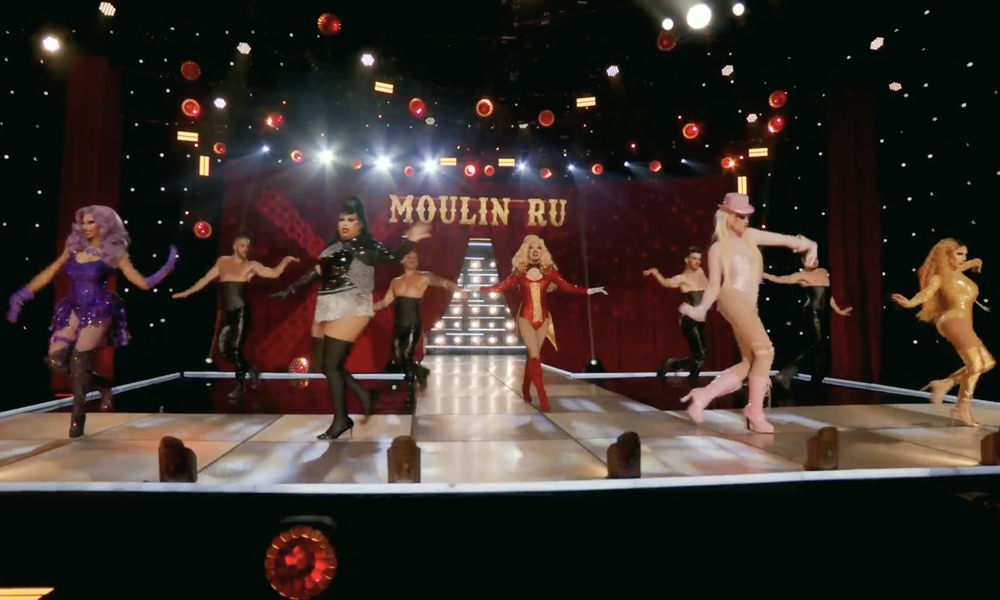 Last week we said goodbye to Jasmine Kennedie after an epic hour-long lip sync smackdown. The queens paired off to battle for their spots in the competition and the runway was set ablaze with stunts, splits, and passionate performances. We’re left with seven queens remaining and the competition will only get more intense. This week the queens will FINALLY put on a Rusical, and I for one am very excited.

This week’s episode begins in the werk room following Jasmine’s elimination from the lip sync smackdown. They read Jasmine’s message on the mirror, and most of the queens are feeling grateful to stull be in the competition. Daya wasn’t shouted out in Jasmine’s goodbye message, and if you guessed she’d be bitter about it in confessionals, you’d be correct (what is with this edit?). Bosco is feeling confident about the fire within her since being in the bottom. It’s a new day in the werk room and the queens chat around the table. Ru interrupts the dolls with a video message about showgirls and Paris which can only mean one thing…He enters the room and tells the queens they need to take us to Gay Paree while performing in this season’s Rusical based on the iconic Moulin Rouge movie musical. 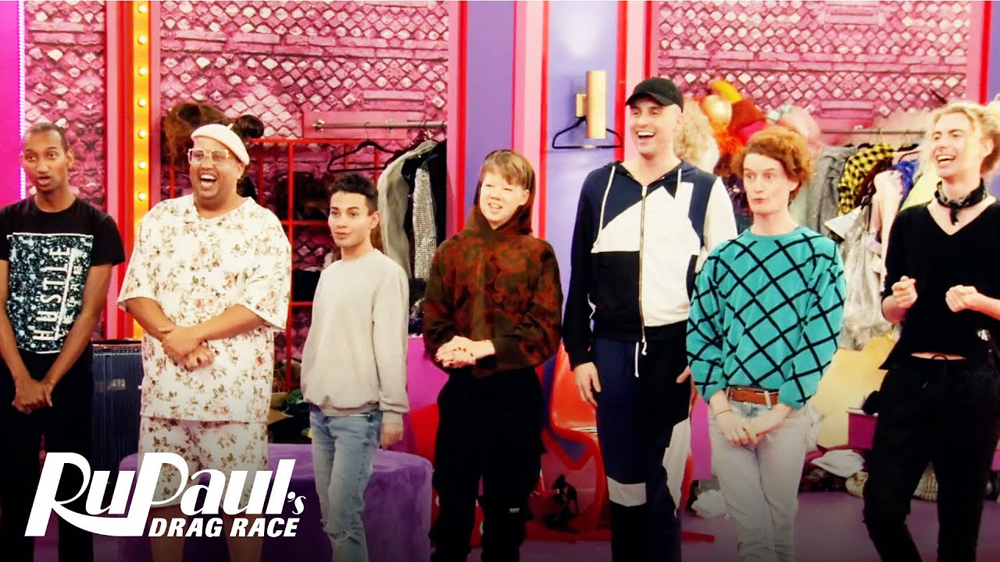 The queens get to decide who will play which part they’ll play but they’ll be directed and choreographed by the pros before performing it on the main stage for the judges. The queens read through the script and listen to the music, and Bosco wants the role of Saltine (the lead), but Lady Camden also wants the lead as she’s gotten feedback about fading into the background a couple of times. The queens divide the roles (with some arguments). Angie settles for the leftover role, while Bosco and Lady C battle over the main character. Bosco opts for mind games to get the lead, which some of the other queens think is a bit rude, but in the end it’s left to a vote between the queens, and it’s Willow who has the deciding vote, so the lead role goes to Bosco. Lady Camden is disappointed she didn’t stand up for herself but decides to make the vibe in the werk room unbearable.

The queens tip toe around the tension in the room while they learn their lines. Angeria and Lady Camden commiserate over the roles they both got stuck with but decide that they need to turn out their performances and make the best of the situation. The queens head out to the main stage to rehearse and are met with this week’s special guest, actor Leslie Jordan AN ICON! Bosco picks up her choreography quickly, but Angeria has a bit of trouble getting the steps down. For the most part, the queens don’t have any tragic moments in rehearsal, meaning this rusical could be a home run.

It’s performance/elimination day and the queens start to prepare for their rusical debut. Lady Camden tells Deja that she feels kind of bad with causing a fight in the werk room and thinks her new role as Mama Z could be a blessing in disguise. Daya says she feels right at home in this challenge, while Jorgeous doesn’t get the hype around musicals (can’t relate, but ok). Bosco reveals that her grandma danced at Radio City, so she’s looking forward to performing the lead. Out on the main stage Ru introduces this week’s judging panel Michelle, Ross, and this week’s extra special guest judge actress and singer Andra Day. The queens take the stage, and the curtains open for Moulin Ru. The show opens strong, and it looks like Lady Camden is actually perfect for this role of the emcee. Deja, Jorgeous, Daya, and Angieria playing Charisma, Uniqueness, Nerve, and Talent (think: Christina, Pink, Maya, and Lil’ Kim) do a great job as an ensemble. Leslie Jordan makes a cameo appearance, and so do the lyrics from U.K Hun. Everybody puts on a good performance, but it’s Lady Camden who steals the show.

After the runway the category is “Mirror Mirror”, and the queens prance down the runway in their shiniest lewks. The critiques start with Ru saying they’ll be splitting hairs since all their performances were so strong. Ross tells Lady Camden she totally owned that role, and really popped on the stage. The judges also love her runway. Michelle tells Bosco she was disappointed that she did her Bosco eyebrows with the Saltine role, and the judges all agreed her performance wasn’t big enough to be the lead AND that this was her fourth week in a row giving the same silhouette on the runway. The judges loved Willow’s performance but were so-so on her runway (I loved it). Ross tells Angeria that her performance was alright, but her runway was stunning. The judges loved Daya’s big performance with her “small part”, and Ru loved her KISS inspired outfit. Michelle tells Deja that she was lost in the performance until her rap portion, but the judges are not getting “mirror” from her runway. Finally, the judges tell Jorgeous that her performance started strong, but faded in the background when she wasn’t the main focus in scenes, though they LOVED that she gave something totally different for her runway.

Ru asks the queens who they think should go home. Lady Camden says Bosco, Bosco says Jorgeous, Willow says Bosco, Angeria says Bosco, Daya says Bosco, Deja says Bosco, and Jorgeous also says Bosco. After the judges deliberate, the queens head back to the stage and Ru announces the winner of this week’s maxi challenge is Lady Camden! She stepped her pussy up and this was so well-deserved. She may not have won the battle for the lead, but she won the war. Willow, Daya, Angeria and Deja are safe for the week. This leaves Bosco and Jorgeous in the bottom, and up for elimination. The two bottom queens lip sync to Heartbreak Hotel by Whitney Houston. Both queens give a passionate and strong lip sync performance. Ru decides that Jorgeous is safe, leaving Bosco’s fate in the hands of a candy bar. Bosco opens her bar and it’s… THE GOLD BAR! Bosco is safe to slay another day and escapes elimination for the second week in a row. So, no elimination tonight.

Next week on Drag Race: The queens host a roast, and the guest of honour is Ross Matthews, and the competition continues to heat up.

RELATED:
– A Definitive Ranking Of All The Musicals On RuPaul’s Drag Race [UPDATED!]