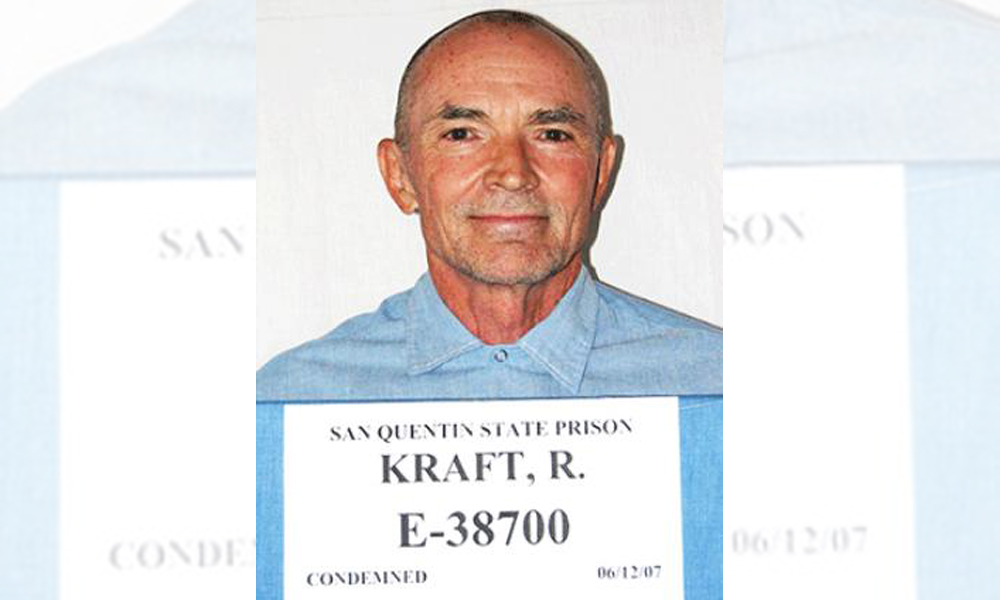 The prolific murderer claims he was targeted because of his sexuality…

This month, we’re exploring Randy Kraft, a serial killer who is suspected of murdering up to 67 young men and boys in California between 1972 and 1983. Nicknamed the Scorecard Killer, the Freeway Killer and the Southern California Strangler, Kraft was convicted of killing 16 men and sentenced to death in 1989 but he has always maintained his innocence. In fact, according to Los Angeles Times reporter Jerry Hicks, to do multiple interviews throughout the course of his trial. Kraft wanted to share “his side of the story”, but after Hicks published the first article focusing on Kraft’s crimes instead of his claims that he was being discriminated against because of his sexuality, Kraft cancelled any subsequent interviews and went silent.

Kraft has since gone through the entire appeals process to no avail and he remains on death row to this day, but he’s hasn’t been content to say nothing. In 2001, writing in the third person, Kraft posted a statement of his innocence on The Canadian Coalition Against the Death Penalty forums. It read:

“Randy was convicted on hysteria, innuendo and common prejudice against gay persons such as himself. There never was any real evidence against him. There is none today. Instead, the prosecutor lied to make up for no evidence, and hid evidence helpful to Randy. The police also hid helpful evidence at critical times. And the trial judge looked the other way, a Marine Corps veteran prejudiced against gay persons.”

So, is it possible Randy Kraft really was wrongly accused and convicted because he is gay? Not only does the sheer volume of evidence suggest otherwise, but many believe that he could have killed even more men than he’s officially linked to and may have had an accomplice or two along the way. The book Angel of Darkness by Dennis McDougall investigates the murders that Kraft was convicted of, explaining in detail the evidence that connects him to each crime.

At trial, prosecutors presented over 1000 individual pieces of physical evidence including blood, hair and fibre evidence found in Kraft’s home and car. Kraft also had photographs of many victims that were clearly taken in his home. A search of Kraft’s property found various possessions linked back to murder victims and work and travel records placed Kraft in the right time and place to match up with many abductions and murder scenes.

If that wasn’t enough, when police arrested Kraft, his last victim, Terry Gambrel was found dead in the passenger seat of Kraft’s car. Police also found a piece of paper with over 60 cryptic handwritten entries. Some of the entires still haven’t been identified but many of them have been linked directly to a victim. This piece of paper, which earned him the nickname “The Scorecard Killer” connected Kraft to multiple murder victims including his first suspected victim, Wayne Dukette, a 30-year-old resident of Long Beach. Dukette was a bartender at a gay bar called “The Stable”, and the very first entry refers to “Stable”. Other connections included Richard Allen Keith a 20-year-old Marine killed in Carson, California in 1978 referred to on the scorecard as “Marine Carson”.

According to Kraft, the “scorecard” was actually a list of people he was going to invite to his boyfriend’s surprise party. “One column was the names of people I wanted to invite and the other column were maybes. It was in code so he wouldn’t recognize it,” said Kraft. Despite all this evidence, Kraft tried to sue McDougall claiming Angel of Darkness was slandering his “good name” and would “hurt his chances for future employment”. The lawsuit was dismissed for being frivolous.

There is some speculation that Kraft didn’t commit all of the murders attributed to him. Since there were other known serial killers operating around the same time as him, it’s entirely possible. Patrick Kearney and William Bonin have both been called The Freeway Killer as well for their pattern of dumping bodies along various freeways in California. Investigators were able to categorize the victims based on differences in MO. Most of Kraft’s victims had some level of drugs and alcohol in their system, showed signs of torture and sexual abuse and were either strangled, asphyxiated or bludgeoned to death.

Another theory that has followed the Randy Kraft case is that he worked with one or more accomplices for some of the murders. His former partner, Jeff Graves, who has since passed away, is one possible accomplice, but the theory has never been proven.

It’s unlikely Kraft’s execution will ever be carried out due to California’s stance on the death penalty (no one has been executed in California since 2006), but he’s also never getting out of prison. Although he wants to play the victim, there is so much evidence piled up against Randy Kraft that it is virtually impossible that he isn’t guilty of at least some of the murder’s he’s accused of. Whether he’ll ever admit it or not, his sexuality has nothing to do with his convictions—and no one believes he’s not one of the worst serial killers in California’s history.

I grew up in Westminster CA. He tortured and killed my uncle’s best friend Jack timpleton and and was seen and identified by a named Dave piddock. The cops didn’t take him seriously and refused to look into it. There is a lot more to the story

i’m gay and he was just a gay serial killer. he is not innocent

It cracks me up when people say that serial murder is a hetero issue,
From Leonard n Loeb on down Thru history,
It’s been abundantly clear that serial killers come from all walks of life.
It’s sad, regardless of ur sexual preference.
All should be put to death.
Randy Kraft n William Bonin, and John Wayne Gacy have been the most viscous of all killers. Those poor young men.

He was pulled over with a dead Marine in the front passenger seat of his car. He was most definitely NOT wrongly convicted and articles like this only serve as a detriment to the LGBTQ community. Shame on you. RIP his victims and god bless their grieving parents.