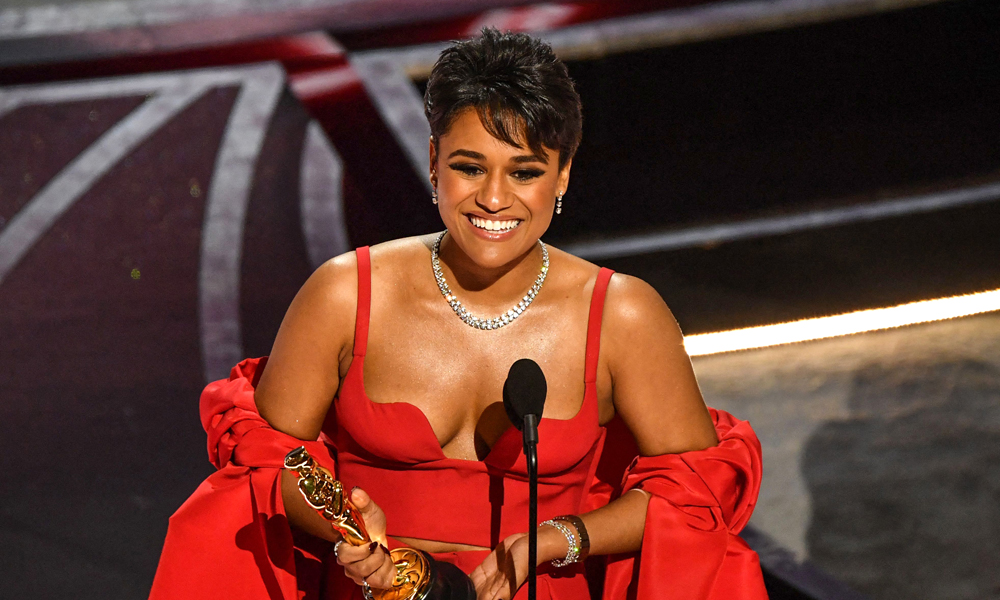 Accepting her award, DeBose described herself as an “openly queer woman of colour, an Afro Latina who found her strength in life through art…

Ariana DeBose has made history after picking up the best actress in a supporting role at the 2022 Oscars on Sunday night. DeBose won for her role as Anita in the Steven Spielberg-directed West Side Story remake. In the original film Anita was played by Rita Moreno, who also won the best supporting actress Oscar for the role in 1962.

This is her first Oscar nomination and win. The win makes DeBose only the second Latina actor to win an Oscar, after Moreno, and the first queer woman of colour.

To a standing ovation, DeBose celebrated Moreno as a trailblazer: “I’m so grateful – your Anita paved the way for tons of Anitas like me, and I love you,” she said, gesturing to Moreno.

DeBose has already won a string of awards for her role in the film, including best supporting actress at the Baftas, Golden Globes and Screen Actors Guild awards.

At the end of her speech, DeBose harkened to her early days as an aspiring performer. “Imagine this little girl in the back seat of a white Ford Focus, look into her eyes,” she said. “You see an openly queer woman of colour, an Afro-Latina, who found her strength in life through art. And that is, I think, what we’re here to celebrate.”

To anyone who “has ever questioned your identity” or “lived in the grey spaces”, she added, “there is, indeed, a place for us”.

You know, what, what is this!? You know what, now I see why that Anita says “I want to be in America” because even in this weary world that we live in, dreams do come true. And that’s really a heartening thing right now.

If I took the time to say thank you to every single beautiful person who has lifted me up on this stage, you fine people would be sitting here until next Oscars, so I’m not going to do that. But just allow me to say that it was the summer of a lifetime and I am the most privileged and grateful to have spent it with all of you. My God, thank you, Steven Spielberg. You’re stuck with me now! Yay! Thank you Kristie Macosko Krieger and Tony Kushner and the divine inspiration that is Rita Moreno. You are staring at me right now and I’m so grateful. Your Anita paved the way the way for tons of Anitas like me. And I love you so much.

I’m gonna wrap this up and talk about my family, my mother, who is here tonight. Mama, I love you with my whole heart and this is as much yours as it is mine. Some of my tribesmen, my family, my love, Sue, Jonathan, Diana, Anthony. I couldn’t do what I do without each and every one of you.

Lastly, imagine this little girl in the back seat of a white Ford Focus, look into her eyes: You see a queer, openly queer woman of color, an Afro Latina who found her strength in life through art. And that’s what I believe we’re here to celebrate. Yeah, so, to anybody who has ever questioned your identity ever, ever, ever, or you find yourself living in the grey spaces, I promise you this: There is indeed a place for us. Thank you to the Academy and thank you all.