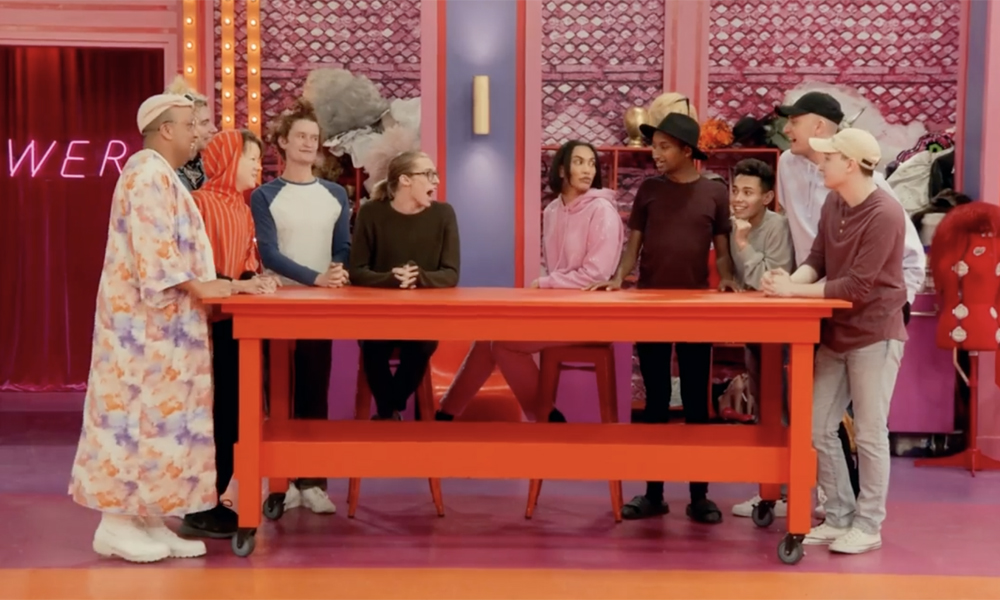 The queens construct looks out of random Glamazon Prime boxes, and actress Taraji P. Henson is a guest judge…

Last week we said a second and final goodbye to Orion Story after the queens took part in a “save a queen” campaign, which saw them making PSA’s for eliminated Drag Race alum. In the challenge Orion and Jorgeous failed to make a big enough impact landing them both in the bottom where Jorgeous out-performed Orion in order to be saved for another chance in the competition. But perhaps the most shocking exit last week belonged to fan favourite, and early front-runner Kornbread. An ankle injury forced her to bow out of the season early, and her energy was truly missed in the werk room. This week the queens will have to create looks out of random materials.

Tonight’s episode begins in the werk room. The remaining queens enter following Orion’s elimination and gather around the mirror to read her goodbye message. Angeria isn’t surprised Jorjeous won the lip sync because the bitch came to PERFORM. In confessionals Jorjeous says she never wants to be in the bottom again. Over on the couches the queens congratulate Bosco on winning last week’s maxi challenge. Deja asks Daya to clarify why she was so bitter in untucked, and Daya says she’s not bitter, she just wanted to get critiqued, but I’m sure we can all see that this will probably boil over into next week. 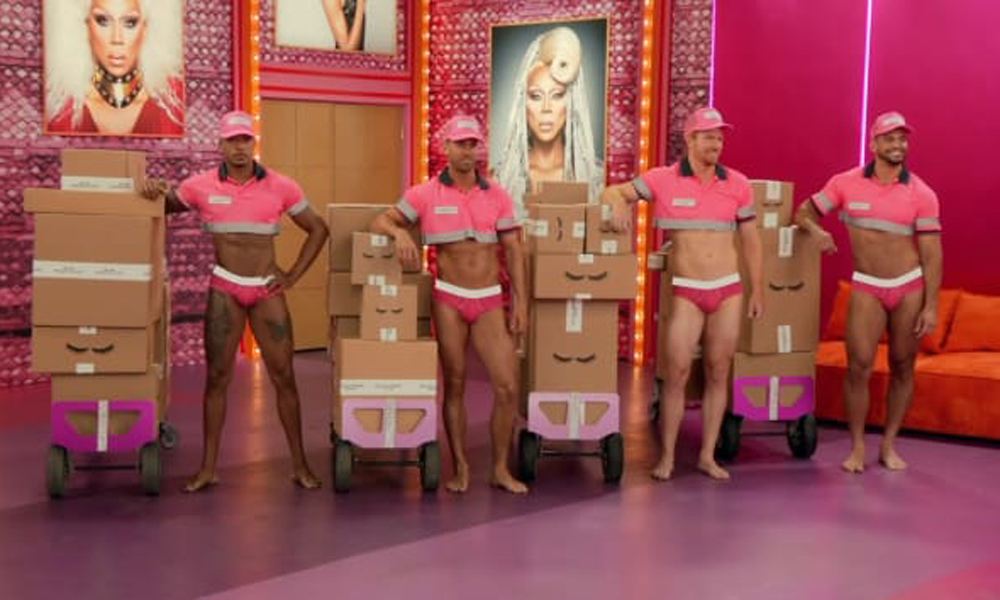 The next day in the werk room the queens enter ready to start fresh. Ru enters the room and tells the queens that Michelle has accidentally ordered a bunch of random shit from Glamazon Prime, and the queens need to create looks from her late-night spending spree for this week’s maxi challenge. The queens race to rip open the boxes to find the best materials. Jasmine has hoarded a lot of them, so she has some good material, meanwhile Willow is having trouble opening her boxes, so she scrounges around for everybody else’s trash. Daya says she’s in her element with creating looks out of trash. From across the werk room Daya overhears that Willow is also doing a baby doll silhouette, and SHE IS NOT HAPPY. Jasmine has a lot of fabric to work with, and she’s aiming high with this challenge (after she cried about being safe). Maddy was in the bottom for the last sewing challenge, so all eyes are on her for a possible comeback (doubtful, but we’ll give her a chance). Ru and Carson do their werk room walk-around and check up on all of the progress the queens are making. There are a lot of queens making some cool looks, and there are others who are currently…struggling (cough cough Maddy). Willow is going for a really ambitious look, and she needs to pull it out. Daya asks Ru and Carson for critiques since she isn’t getting them on the main stage. She gets told she’s doing her makeup too much like her sister Crystal Methyd, which is probably not what she wanted to hear…but at least she’s constructing a look that Crystal would have probably worn on the main stage two seasons ago. Jorgeous scraps the dress she was making out of a fuzzy blanket and opts for a shower curtain from Angeria’s rejects too.

The next day in the werk room the queens finish their looks and get painted for the runway and talk about childhood trauma…as you do while you get ready to go out. Out on the main stage Ru welcomes the judging panel Michelle, Carson, and this week’s special guest actress Taraji P. Henson. The queens take turns on the runway in their prime looks. Some of them are truly incredible, and others are hot trash, (I’m looking at you Miss Maddy). After the runway ru asks Daya, Willow, Bosco, and Kerry to step to the werk room as they are safe for the week. The rest represent the tops and bottoms. Critiques start with Lady Camden. Michelle loves her pastel fairy look, and Ru notices she took her advice regarding a set of bigger lips. The judges say Jasmine’s look had potential, but she did too much with the accessories. The judges tell Maddy they don’t understand her homemade country outfit, and Michelle says it was hard to look at. Yikes. Carson loves the colours of Deja’s Greek Goddess inspired look, but Michelle says the use of gold doilies cheapens it up. Taraji loves Angeria’s dress made from curtains and blinds, and the rest of the judges agree. Carson tells Jorgeous he was worried that her look with the purple blanket would have been bad, but all of the judges agree she ate tonight. They love her shower curtain look.

After the deliberations Ru announces Jorgeous is the winner of this week’s challenge. RUDEMPTION BABY. Angeria, Lady Camden, and Deja are safe for the week leaving Maddy and Jasmine as the bottom queens of the week. The two bottom queens lip sync for their lives after a heated argument in Untucked to Suga Mama by Beyoncé, and Jasmine did not come to play. After the lip sync Ru decides that Jasmine will stay to slay another day. Now the only thing that stands between Maddy and continuing in the competition is a candy bar. Maddy opens her bar and reveals it’s…just chocolate. *Insert sad tuba sound here* Maddy leaves the competition as the first cishet competitor in the show’s herstory.

Next week on Drag Race: The queens overact in a soap opera challenge, and Daya Betty is once again not happy about being safe. She might actually have to change her name to Bitter Betty.