Skip to Content
Home / Entertainment / Gays Of Our Lives 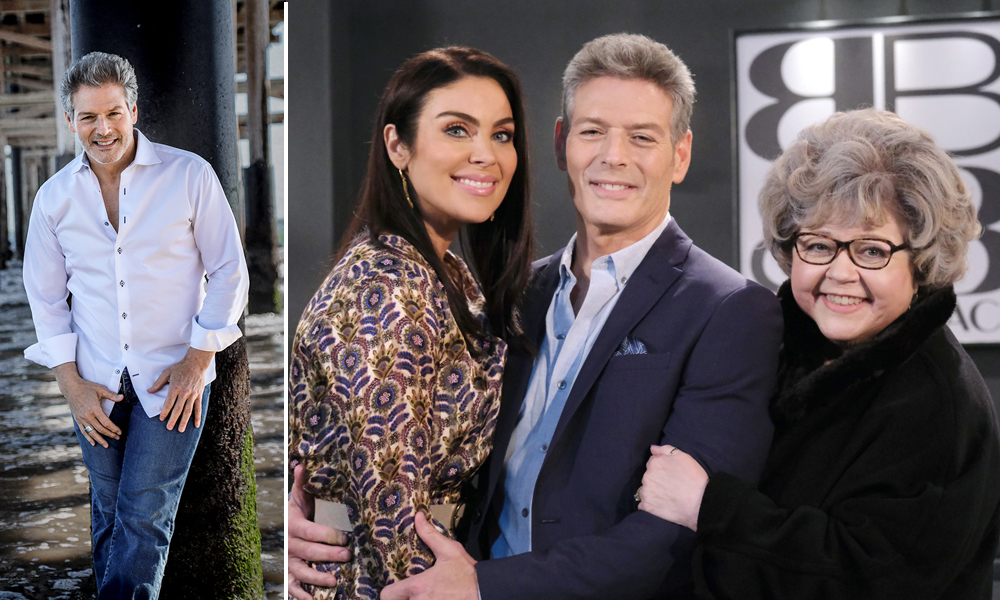 Gays Of Our Lives

The long-running daytime drama Days of Our Lives has positioned itself as the gayest destination on the afternoon TV dial. There are plenty of examples. For nearly a decade the series enthralled gay viewers with the story of Sonny and Will (Freddie Smith, Chandler Massey), a gay super-couple. Sonny and Will were written out of the series in 2020, but now, a Days preview posted on YouTube reveals that Sonny and Will are returning, though Sonny will now be played by Zachary Atticus Tinker. The show recently aired an episode in which best girlfriends Chanel and Allie (Raven Bowens, Lindsay Arnold) made love in the aftermath of Chanel’s sudden and unexpected divorce. The two have promised to never do it again, though there have been hints that their attraction to each other isn’t over.

A few weeks ago there was yet another gay plot twist on the popular series. Two characters from the show’s past who’ve been off the canvas for a number of years have returned to the town of Salem. Nancy Wesley (Patrika Darbo) suddenly appears one afternoon and turns to her daughter Chloe (Nadia Bjorlin) for support and comfort. Nancy thinks her beloved husband Craig (Kevin Spirtas) is having an affair. Turns out, she’s right, Craig has indeed been unfaithful, albeit with a man. On a recent episode, Craig admitted to Nancy that he’s gay. Nancy didn’t take it well.

Kevin Spirtas is the perfect actor to play this new plot twist involving Craig, as the handsome actor is an out gay man. He’s no stranger to playing gay roles. A few years back Spirtas co-starred in “Green Plaid Shirt”, a gay independent film. Spirtas is currently starring in “After Forever”, a web series about a 50-ish gay man navigating the world as a single man after the death of his husband. In addition to starring, Spirtas has co-written and co-created “After Forever” with Michael Slade. Spirtas was awarded a Daytime Emmy Award for his acting on the series, one of five Emmys the show won.

In an interview with IN Magazine Spirtas spoke about how his return to Days came about.

“In 2019 when After Forever won the five Emmy Awards, the head writer of Days of Our Lives, Ron Carlivati, was at the Emmys,” Spirtas recalled. “And he came up to us and said that he really supported us and loved what we did. And then he took off. And I heard this voiceless voice very loud, go off in my head that said Craig’s gonna come back gay one day.”

When the casting director for Days called to ask Spirtas if he was available, he asked if Craig was coming out.

“I think it was the coming together of a lot of elements,” said Spirtas. “The time and the world we’re living in right now, I think it makes sense.”

The audience, Spirtas reports, will get to meet Craig’s boyfriend and see what happens to them. He promises there will be a surprise twist.

“For those of you who feel that this story is outrageous, because how dare a man this age suddenly say that he’s no longer interested in having a relationship with a woman, that he’s now gay and wants to explore that, that’s a very challenging, very hard path to navigate,” Spirtas said. “I have never had to do that, but I do know people who have. I’ve known it through friends, and I’ve known it through family members.”

Reaction from the Days fan base has been mixed. Viewers love the characters of Craig and Nancy, and they don’t want the family to fall apart. But Spirtas is confident that fans who are upset will ultimately be happy with how the storyline plays out.

Spirtas has nothing but kind words for Patrika Darbo, who plays Nancy.

“She’s a talented actress,” he said. “She shows up and delivers. We have the best time. We laugh, we’re like family in a sense. It’s been great. She’s got a lot that she’s offering in this storyline right now. Watching Patrika go through this makes my job a lot easier because I have to play against that.”

The actor hopes that the audience will give this storyline a chance to tell its truth and to ride the waves of its emotions. The audience, he believes, will end up loving Craig’s story.

“My wish is for people to see that Craig and Nancy and everybody are just people,” he said. “We all come from the same place, we all want to be loved, and we all want to find our truth and live it.”

Days of Our Lives airs and streams on Global TV.

Yay, “Days of our Lives”