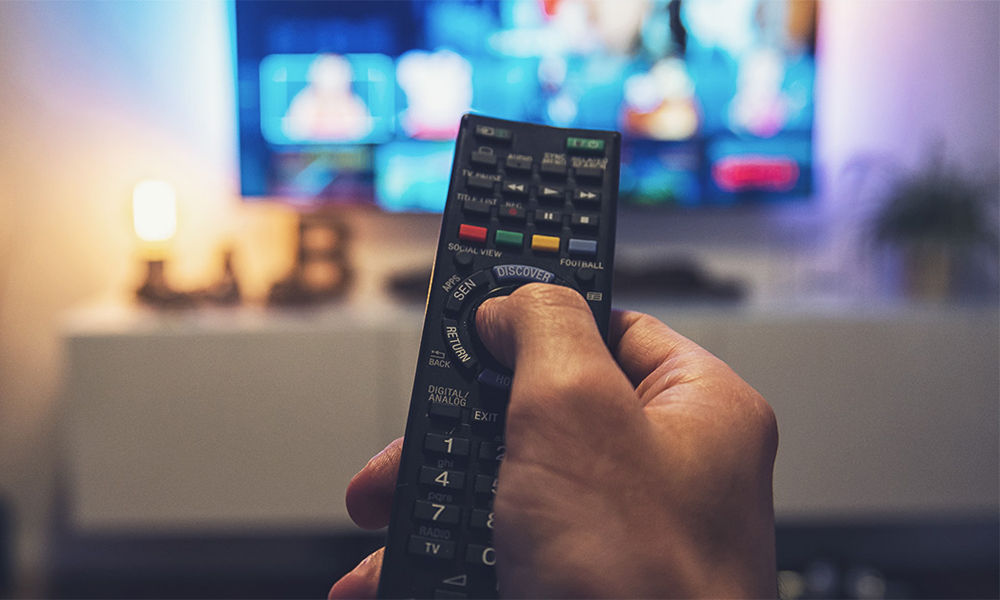 Over the past few years, the quality of our collective social discourse – both online and in person – has taken a nosedive. Whether it’s fuelled by the rise of Trumpism, or the influences of and behaviour changes with our consumption of social media, it really is getting nasty out there. Thanks to social media, we all get to chime in with our two cents. But just as real life, you really can’t do much with two cents in your pocket.

Those defending and siding with marginalized folks and folxs often get associated with terms like “wokeness” or “cancel culture” in an effort to discredit their contributions. And that’s just the beginning. Online discourse often devolves into name-calling…and before you know it, you see a thread full of “Karen,” “snowflake” and “boomer” references, with few attempts at directly addressing fact and lived experience.

Holding entertainers and influencers accountable is equally as difficult. When the lines are blurred between social literacy and comedy, as an example, it becomes much more difficult to understand what is a joke and what is expressed opinion. Harnessing the latest discussions in our social discourse is something entertainers do to attract audiences and grow their following. It’s an added dimension in entertainment – the entire industry is making attempts to ensure that all different identities and intersections are reflected in their work.

Entertainers do have an influence on their audience, whether it is in changing positions or confirming biases. The funniest and the most personable of them amass large followings and to their followers, they can do no wrong. In particular with comedians, the feeling seems to be that we should protect them and cut them some slack. After all, it’s just a joke…they’re really just the cultural evolution of a court jester. But when a comment goes too far and when accountability is rejected, I think we have a problem. Of course, not everyone agrees with that – especially comedians.

When a comedian – or any other professional, whether they be in entertainment, sports or elsewhere – enters the arena of political commentary with their platform and wishes to participate, they should not be exempt from facing their critics…especially when their words can do harm. These conversations surround real lived experiences, and have real-life impacts. They touch on topics of political discourse, whether it’s gun control, inequities, racism, queerphobia, ableism, etc.

The latest so-called victim of these attempts to be held accountable (as of this writing) was Dave Chappelle. Through Netflix, Chapelle released a series of stand-up acts in his latest special, The Closer, which continued to perpetuate stereotypes about queer lived experiences. One of the criticisms Chapelle and his supporters were quick to address right out of the gate was that the criticism was coming from individuals who had not watched the special. I have, and I certainly felt uncomfortable and angry watching it throughout.

Chapelle references a lot of his lived experience, including incidents of anti-Black racism from folks he thought were gay simply based on their behaviour (a.k.a. stereotype). He accuses the queer community of embracing whiteness when it’s convenient for them.

I don’t think that characterization from him tells the full story, and it’s one of his many positions in the special that should be addressed. It’s conveniently incomplete.

Of course minorities would at times seek that whiteness – because, despite living our truths, it was the only way we could guarantee some form of safety, regardless of how precarious that safety took shape. There is still quite a long way to go for trans, nonbinary, genderqueer, bisexual, lesbian, intersex and ace folks, and equally as much for queer folks of colour, queer folks with disabilities and more. To charge us with wanting to be white, as if that were a negative and a blemish on our community, is low-hanging fruit. The benefits of that history are not as abundant as he attempts to portray, and the lack of intersectional considerations further hurts his position.

But then he makes a case against getting into the details of identity politics. Suddenly he is a comedian just trying to get a laugh. Suddenly, wading into the waters of deeper discussions, and challenging his attitudes towards the queer community in his acts, is taboo because he connects with the idea that we are all simply having a “human experience.”

It’s okay to say you’re learning, to say you’re having a human experience…but to try and claim you are not doing harm, and then walking away from the conversation when your weakest positions are exposed, is awfully convenient.

Chapelle is facing harsh criticism because he fails to see the fault in his position and he is profiting off of it. He expects his audience to know better without acknowledging the faults in his positions, which to him are comedy gold, and he gives his audience permission to laugh at the harm to others. Chapelle has shared in great detail his experience with anti-Black racism, and it’s hard not to be drawn in by these deeply touching moments in his comedy that make you think. He expertly navigates anti-Black racism in his acts, but he continues to exploit the lived experiences of trans and other queer folks. The last time he left the stage, he left because people were laughing for the wrong reasons. We’re still laughing for the wrong reasons – but his lack of understanding for trans and other queer lived experiences prevents him from understanding that. That is the basis for perpetuating hate and, in this case, it’s transphobic, homophobic and more.

Over the past few years, many of our lives have been pulled out of their respective vacuums to face the harsh realities of other lived experiences. When comedians decide to wade into these discussions, why should they be any different?

But there is another side to this: can accountability go too far, and what is too far?

Cancel culture has been born out of the idea that one’s access to success and influence is not only cut off, but is reversed. The person being “cancelled” is publicly shut down for the harm they have exacted, and it’s a tough line to walk. Who should be held accountable, and what does accountability look like?

The second season of The Morning Show on Apple TV+ explores this discussion (spoilers ahead). In Season 2, disgraced morning show host Mitch Kessler is a shell of his former self. He is living alone in a mansion in Italy, away from his family, and trying to lay low. He continues to be recognized in public and encounters people trying to engage him on social media for further notoriety. Just prior to his sudden death, Mitch admits he wants to do better and be a better person; he doesn’t want to harm anyone else. Upon his death, his former colleagues struggle with understanding how they can give themselves the permission to grieve a friend when that friend was responsible for so much harm.

Some people find themselves embarrassed when their comments from the past – maybe years and sometimes decades old – come to the surface. Do people deserve to publicly learn and rehabilitate their image when their intentions are genuine? If they have demonstrated a journey of learning over those years, should they still undergo harsh public criticism?

The reality is that marginalized folks gain nothing from excluding anyone from a journey of learning and getting better, but not everyone has the capacity to accept that. No one needs permission to do any of that – but we should have the maturity and intellect to understand the impacts of either decision.

That is at the root of any movement or any advancements that marginalized communities have made. We need individuals outside of our communities with more power than us, to understand our experiences and to help. Sometimes that means we need to interact with people who have, either intentionally or through ignorance, caused some harm to us and to others.

The concept of allyship is designed to make this learning journey welcoming and understandable. Some roll their eyes at the word, or words like reconciliation, because in a way they minimize and overly reward folks who are on these journeys, and place them on pedestals to be celebrated. But if it takes the participation award that comes with a label like allyship, is that really such a negative thing when the upside is much greater?

When do comments go too far? When does accountability go too far? How do you react when you’re challenged? What do you do with your learns? What does accepting someone’s learning journey look like? These are all questions we need to ask of ourselves when participating in discourse around social justice and when we hold people accountable. It’s also something entertainers should understand. Participation isn’t a one-way street.