The final five queens give drag makeovers to teens, and escort them to queer prom! French Canadian music icon Mitsou is a guest judge…

Last week we said goodbye to Kimora Amour following the Roast of Brooke Lynn Hytes. Look, roasts are hard to perform in, and even harder to watch. So, I commend all of the queens for their hard work, especially Kendall Gender who won the maxi challenge! With the cricket sound effects of the roast behind us, this week we get to watch the remaining queens as they give makeovers to fans, in the iconic “Drag Family” challenge, and throw a prom! Let’s get into it!

This week’s episode begins in the werk room following Kimora’s elimination. The queens reminisce on Kimora’s presence, and how much they’re going to miss her in the competition. Gia wipes her lipstick message off the mirror. Over on the couches the top five congratulate Kendall on her win and get out of drag. It’s still anyone’s game, and next week is the semi-finals, so you better step your pussies up queens. The next day the top five queens enter the werk room and gather round the table. Ru interrupts with a video message, and Traci and Brooke enter to tell the queens about this week’s challenges. The hosts surprise the queens with short video calls from loved ones. Everybody cries, it’s a beautiful moment. Traci tells the queens it’s time to take a trip down memory lane, and Brooke adds that being a queer teen was not always easy, but TIMES ARE A CHANGING. This week the queens will be making over 2SLGBTQI+ teens and escorting them to a queer prom! The runways have to also tell a story, while bringing the prom fantasy to life, and all of the looks have to be made from scratch! 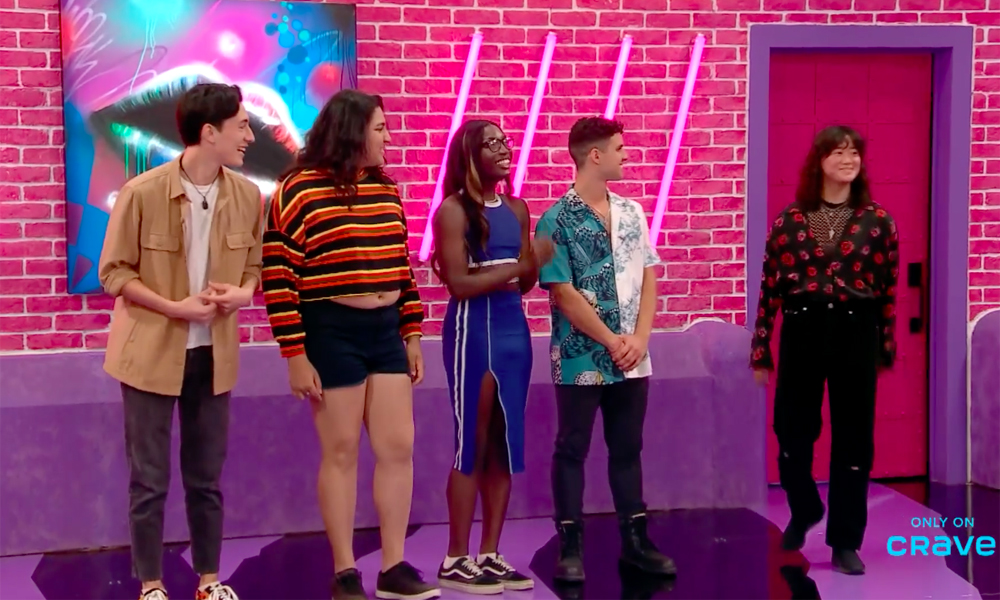 As the winner of last week’s challenge, Kendall gets to assign the pairs, and there’s no sabotage here. It’s all about giving these teens the best prom ever, so this should be super fun to watch. The queens get to work with their teens, asking them what their prom fantasy is, and making it come to life. Traci checks on the queens and their teens, and it looks like everybody is excited, having a good time, and optimistic with their design skills. Out on the runway Brooke gives the teens a lesson in runway walking, as someone who cannot walk in heels, these teens are impressive.

It’s elimination day!!! The queens scramble to get looks finished, and two faces painted, they have a touching conversation about how important it is that the teens are able to be their true authentic selves at their young age, and how similar their struggles and triumphs have been. Out on the main stage Brooke introduces the judges Traci, Brad, and this week’s special guest French Canadian music legend Mitsou! 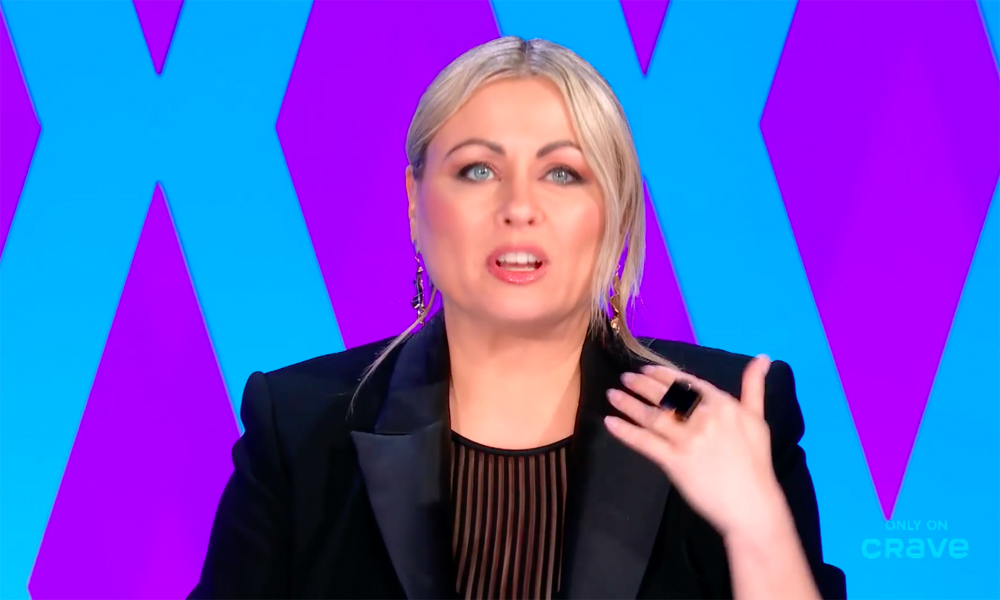 It’s prom time, and the queens escort their teens on the runway in their complimentary looks. Following the runway, the judges critique the queens and their teens, and start with Icesis and Ruby. The judges love the hair and makeup and the outfit, but the story didn’t land with the judges. The judges loved the story Kendall and Stormi Gender told and loved the resemblance with the makeup. Traci loved Adriana and Bella Donna’s makeup, and Brooke loves the dress Adriana made, but they didn’t really get the story and family connection from the presentation. Pythia and Apollo’s prom look is a home run with the judges, who all loved their deconstructed genderless prom look. Finally, the judges love Gia and Electric Metric’s look, and loved how they sold their story on the runway. The queens untuck with their teens backstage while the judges deliberate.

Following deliberations Brooke announces Pythia is the winner of this week’s maxi challenge! Gia, and Kendall are safe leaving Adriana and Icesis to lip sync for their lives. Adiranna and Icesis lip sync to Mitsou’s cover of “Everybody Say Love,” and after a performance where both queens were giving their absolute everything to stay in the competition, Traci announces that Icesis Couture is safe, which means Adriana’s time in the competition is over. It’s sad to see a queen go home, but there were only winners tonight. This episode was 100 times better than Netflix’s adaptation of The Prom, and for that we thank you Canada’s Drag Race.

Front runner of the week: I’ve loved them since week one, so it should come as no surprise that I’m shining a spotlight on Pythia this week. Their true understanding of what their teen wanted was so inspiring, and they turned the prom out together.

What we’ll see next week: It’s a good old fashion reunion, and our final four becomes a top three before the end of the episode!