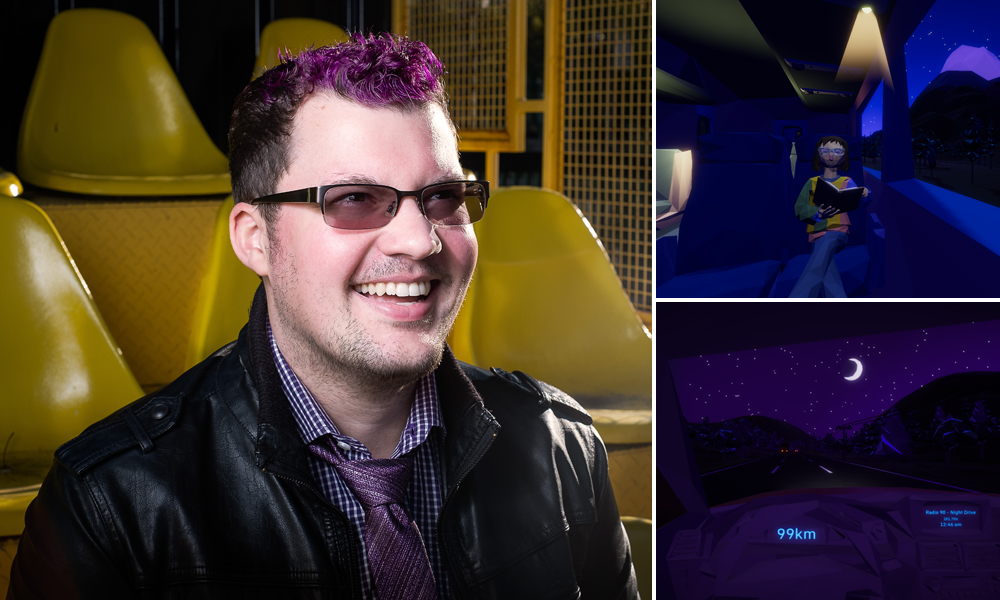 The future of videogames is here, and you won’t find a gun or menacing alien in sight…

There’s been a powerful, and purposeful, move towards more contemplative videogames that immerse players in worlds in which they don’t keep score or race to the finish line. Instead, they enter strange, sometimes unnerving places, where the point is to simply explore a setting, dive deep into a world and discover what emotions or thoughts that journey uncovers.

One of the most fascinating and highly anticipated titles coming out in 2022 is the CMF-funded Glitchhikers: The Spaces Between, from Vancouver-based game and narrative design studio Silverstring Media.

“Imagine you are driving down a highway, weird music playing on the radio. And then these glitchhikers appear in your car that you have supposedly picked up and they have these surreal conversations with you about life and death, the universe and stuff like that,” explains Lucas J.W. Johnson, Silverstring’s founder and studio director, via a video chat from his home in Vancouver. “There are also different settings aside from the car; a late-night commuter train, a walk in the park at night and waiting in an airport terminal.”

If those kind of conversations sounds deep, or emotionally heavy, they could be, or they could be a cathartic or uplifting, it all depends on how the player responds.

“You may have a conversation with one character who talks about grief and death, and how do you respond to that?” asks Johnson. “We try to give you a variety of options for how you might respond, whether it’s, ‘Oh that’s sad, but I’m not dealing with that’ or ‘Oh no, I totally get what you mean.’ 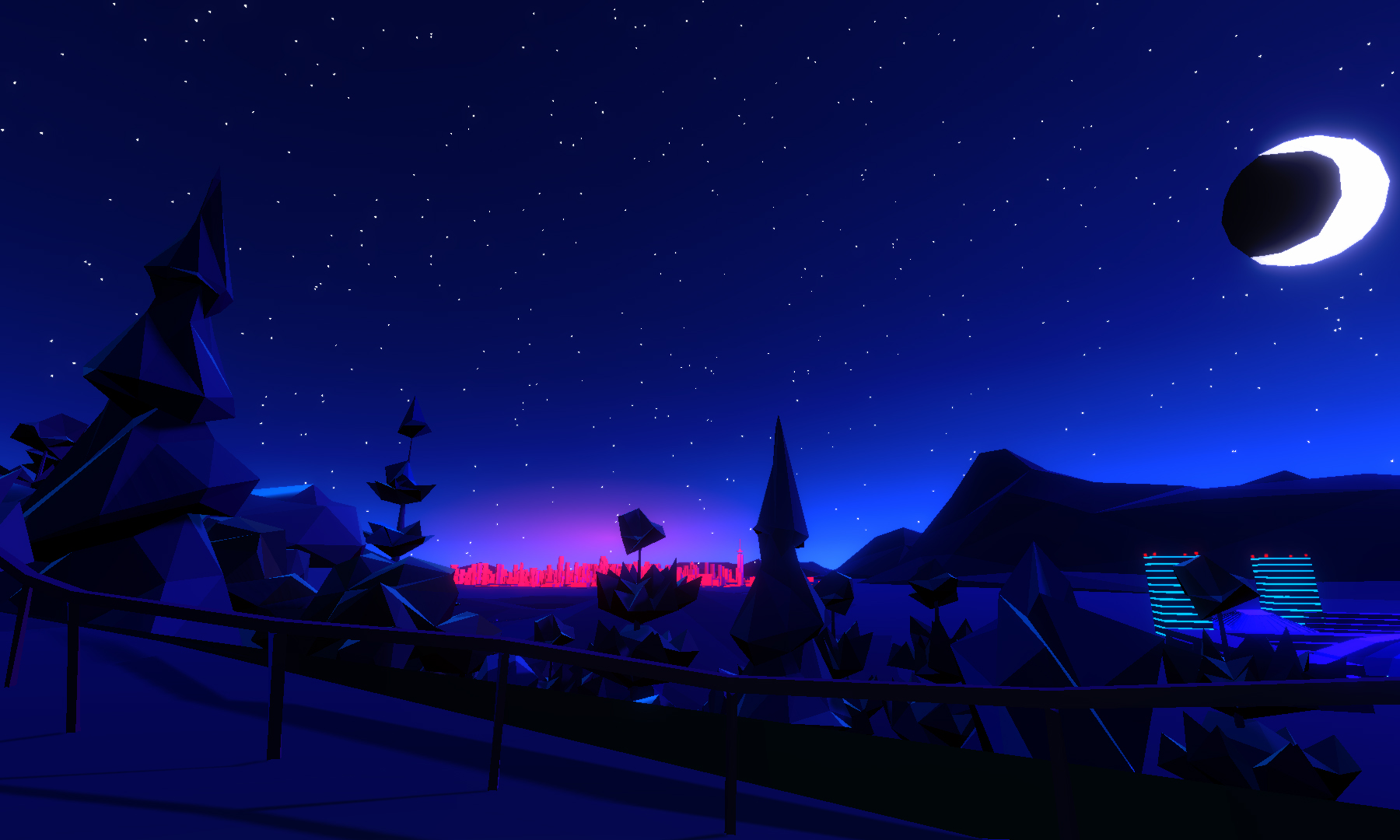 “So, the game is trying to hold space for the players, create this experience that allows people to have an opportunity for introspection to really consider their answers and where they are in their life as well. And you might play it one day and have one experience, and then play it six months from now, and maybe you encounter the exact same characters, but the experience is going to be very different because you’re in a very different place in your life.”

Johnson is one of the few openly gay men running a videogame design studio. The Vancouver native studied creative writing at the University of British Columbia and got his start writing dialogue for videogames after graduating. He founded Silverstring Media with Claris Cyarron, herself a queer and transgender storyteller, precisely to make thoughtful and ground-breaking games such as Glitchhikers: The Spaces Between.

He believes the industry is ripe for change. The inclusion of underrepresented voices and diversity in game characters is desperately needed, and Glitchhikers: The Spaces Between is full of interesting and diverse people sharing their stories.

“In the game there’s a couple of characters that we designed to be explicitly queer,” explains Johnson. “One of the female characters mentions her wife and her other partners. You can respond, ‘Your wife? Your partners?’ Then she explains, so it allows the opportunity to talk about the queer experience.”

“We also have a character who is disabled, who uses a wheelchair. A disability consultant worked with us on that conversation. Of course, we try to not be preachy with any of our discussions, like, ‘Oh, let me teach you about this.’”

You won’t find a game such as Glitchhikers: The Spaces Between being developed by any of the big videogame studios. In an industry known for tough working conditions and sexism both behind the scenes and in games themselves, Johnson is committed to ensuring a positive workspace at Silverstring Media.

“There’s such high churn in the videogame industry; most videogame careers last five, maybe 10 years because people get burned out due to such bad working conditions,” he says.

“Running our own studio, we can build in shields against that. We have a 30-hour work week. We have robust health benefits, things like that. Getting our first CMF funding for Glitchhikers: The Spaces Between, allowed us to build out our team so we are now seven people. Next year we’re starting on some new things, so I’m really excited for what the next few years will bring.”