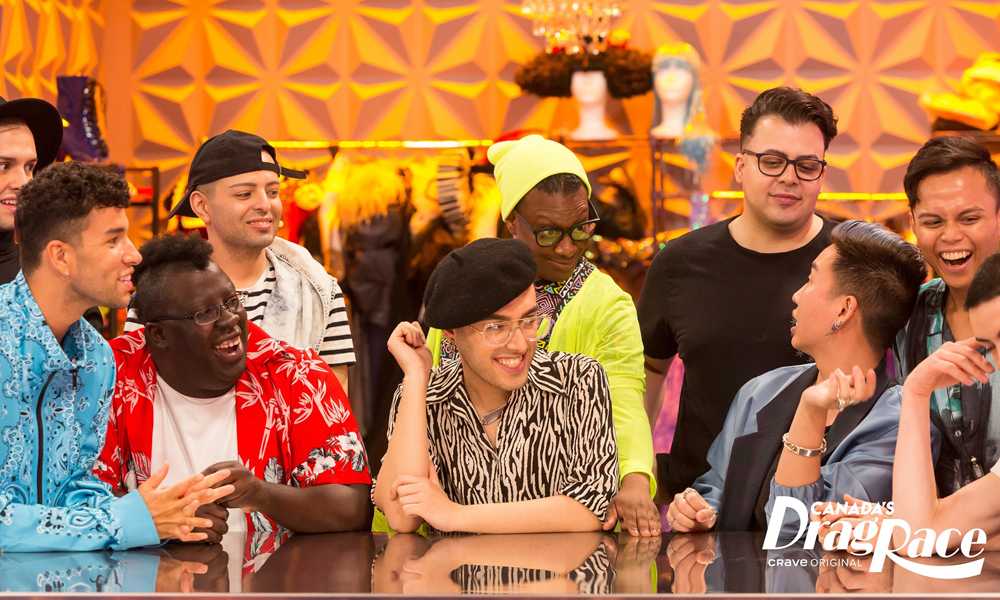 Last week we met the queens and watched them complete their very first runway challenge. After our season two queens rummaged through forgotten coat check items to make haute couture looks, Gia Metric and Beth landed at the bottom. After a passionate lip sync, Beth became the first queen from season two to be sent home. This week we’ll see the remaining queens take part in their very first LIVE rusical! Who will establish themselves as a theatre queen? Who won’t be able to pick up the choreography? (thus, stressing us all out). Let’s get into it!

This week’s episode starts in the werk room following Beth’s elimination. The queens are sad to see Beth go this early in the season, and Gia Metric wipes her lipstick message off the mirror. Gia is thankful to still be in the competition and vows that she will never be in the bottom again. The queens congratulate Icesis on her first win, as well as the first win of the season, and get out of drag. It’s a new day in the werk room and the queens gather around the table to talk about Eve 6000’s drama queen crocodile tears on the runway. Ru interrupts with a video message and tells the queens they need to perform various circus acts to be crowned Canada’s Next Drag Superstar. Brad and Traci enter the werk room to introduce this week’s mini challenge. This week the queens will have to get into quick drag to compete in a “Queen of my Neighbourhood” pageant. We’ve got representation of Poutine from Quebec, Church Street in Toronto, and a lot of rain gear from British Columbia. Following the pageant, the Queen of my Neighbourhood is crowned and it’s Océane! Traci and Brad tell the queens that for this week’s maxi challenge, the queens will all star in a live circus themed rusical Under the Big Top. The queens are gagged that they’ll be singing live, and they get to cast the roles themselves.

The queens start reading the script and start assigning the roles. Some are comfortable singing, and some are looking for the roles with the least singing. The rusical is clown themed, so there are your classic Pennywise, and Himbo roles. There’s also a character named Bianca and I’m living. It all goes smoothly until they get to the roles of Lace and Leather. They’re dance-heavy roles and a few of the queens really want the part. After a quick dance-off, the roles are assigned, and the queens get to work. Out on the main stage the queens get vocal coaching from Broadway baby Thom Allison. Pythia starts the vocal rehearsals and nails her character voice and Synthia Kiss establishes herself as the theatre queen.  The Bing Bang Bong group is NOT U-K hun, Gia impresses with her singing, and Eve really over sold her vocal abilities. Following the trials and tribulations of the vocal training, the queens get to dancing with resident choreographer and