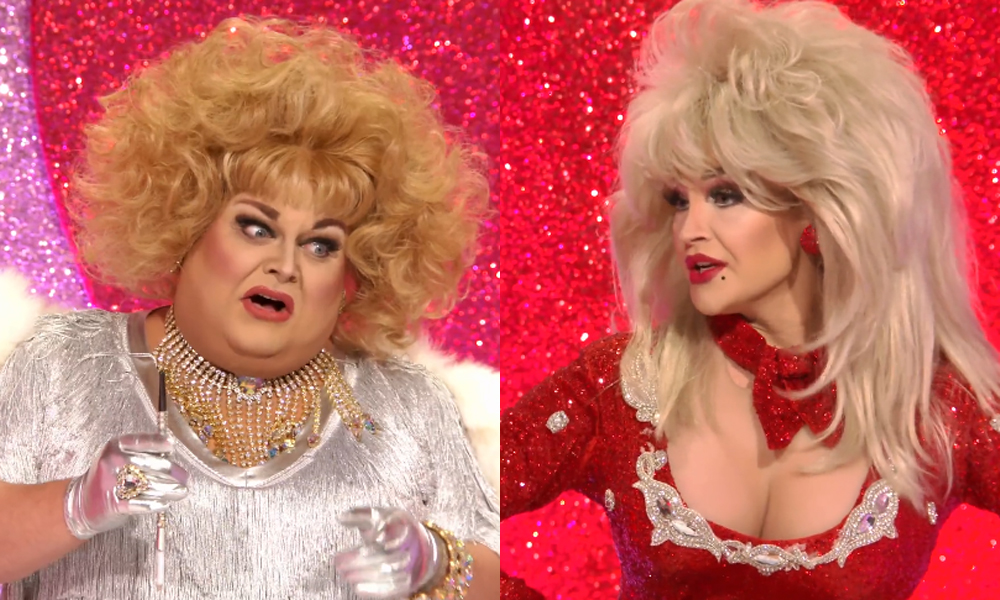 All’s fair in the Snatch Game of Love. Some will fly, and some will flop as the queens play the show’s most iconic challenge…

Last week we said goodbye to All Star Jan following an activism-based song challenge, and an almost double elimination fake-out between Jan and Pandora Boxx. Jan joins the rest of the eliminated queens from this season whose games are not over yet thanks to the “game within a game”, though we have yet to find out exactly what that is. This week, the remaining queens are playing Snatch Game of Love. We’ll see what queens deliver a spot on, and funny impression, and which queens choke under the pressure of Snatch Game. Let’s get into it!

This week’s episode begins in the werk room following Jan’s elimination. The queens congratulate Trinity on her second win. With two wins, Trinity is now in the lead, but has yet to win a lip sync. They talk about the tie in the group votes, and Trinity tells Pandora why she saved her, and tells her she’s going to need to be louder than Eureka going forward. The queens then tally the votes and own up to who they voted for. It gets a little awkward between Pandora, Eureka, and Ginger, but it’s not personal, it’s drag.

The next day in the werk room the top six enter and gather round the mirror to read Jan’s exit message, which was sincere, and full of positivity, just like Jan. Ru enters the room, and tells the queens that this week’s maxi challenge is Snatch Game of Love! Each of the queens will need to impersonate a celebrity, make Ru laugh, and win a date with a moderately famous person. The queens get to work on preparing their costumes for Snatch Game, and some are feeling a little nervous. The pressure is on for Eureka and Pandora to finally win a challenge, especially since both Pandora, and Eureka’s original Snatch Game performances were so iconic on each of their seasons. Ru re-enters the werk room to check on the queen’s progress. This is the most nerve-wracking progress check of each and every season. Kylie, who was the first queen to be sent home from a Snatch Game performance really wants to prove that she can deliver a good performance this week. Kylie is tapping into her country roots and impersonating country music superstar Dolly Parton. She has some big shoes to fill, and she’s up to the challenge. Ra’Jah has chosen to perform as La Toya Jackson, who is one of Ru’s good friends, this will either go really well, or really bad. 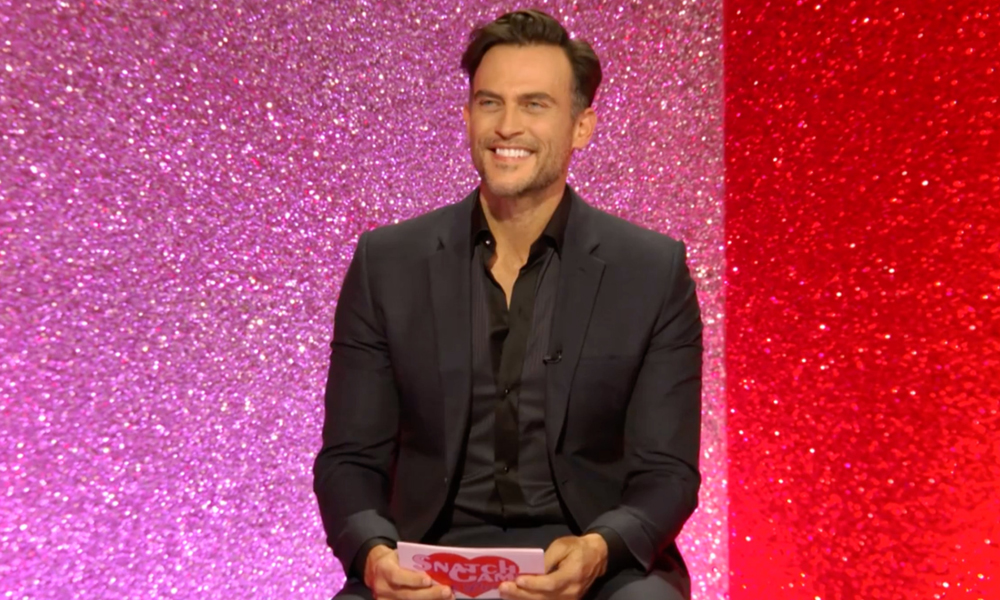 It’s time for Snatch Game of Love, and the first group of three is Ginger as Phyllis Diller, Trinity K. Bonet as Whitney Houston, and Kylie as Dolly Parton, who are all competing for a date with actor Cheyenne Jackson. The first group is strong with Ginger and Kylie anchoring the group with their witty banter, while Trinity kind of fades into the background. Cheyenne picks Ginger as Phyllis, and it’s time for the next round. The final group of queens will be competing for a date with comedian Fortune Feimster. Eureka is impersonating the original drag superstar Divine, Pandora is actress Kim Cattrall, and Ra’Jah is La Toya Jackson. The second round starts strong, with all three queens responding quickly, with Ra’Jah delivering the most surprising performance, that had Ru laughing multiple times. At the end of the round, Fortune chooses…nobody, but still gets to meet the bachelorettes. The challenge ends with Cheyenne and Fortune proposing to each other, and that’s a wrap on another Snatch Game! 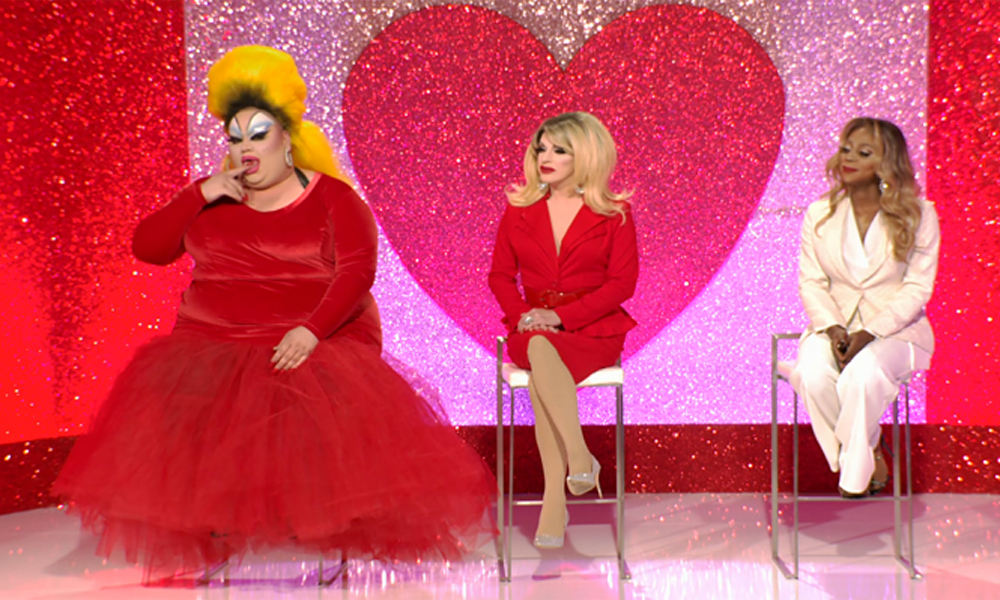 It’s elimination day in the werk room. Ra’Jah is feeling ok about her performance, while Ginger and Kylie have a little celebration about their amazing banter in the game. Trinity tells Pandora she did what she could with her performance, but she knew that other queens would shine brighter than her going into the challenge. Pandora says that the energy Eureka brought to the game in her group was a little weird, and hard to play with. Out on the main stage, Ru introduces the judges, and this week’s extra special guest, the mother of all mothers, Tina Knowles-Lawson (IT’S BEYONCE’S MOM Y’ALL). On the runway, the category is Pop Art, and the queens serve us looks that are museum worthy.

Following the runway, it’s time for critiques, and it starts with Ginger Minj. Michelle tells Ginger she nailed her Snatch Game performance, and the other judges agree that she was present for every moment, which made her performance better, and Tina loved the runway look! The Tina Knowles-Lawson tells Trinity that not only was her outfit “stunning”, but she also loved that she included Black Lives Matter so seamlessly with her pop art look, which Michelle agreed with. Carson tells her that her performance in Snatch Game fell flat, especially sitting between two queens who really knocked it out of the park. The judges loved Kylie’s runway look, and all agree that she nailed her Dolly performance. The judges also like Eureka’s Pop Art look, Tina loved her Divine performance, and Michelle says that she swung big with Divine, which is what the challenge is about, and although not all of it landed, most of it did. Carson loves Pandora’s runway look, but Michelle says that Pandora put herself in a box (pun not intended), with the choice of impersonation, which Pandora subtly blames on Eureka’s larger than life Divine. Finally, Ra’Jah’s look is probably the weakest (in terms of being on theme for Pop Art), but the judges loved her performance in the Snatch Game. Following critiques Ru announces that Ginger is the winner of the Snatch Game challenge. Trinity and Pandora are the bottom two all-stars of the week, while the rest of the queens are safe.

Backstage, the bottom queens take turns talking to the group, and Ginger while they plead their case for why they should stay. While Pandora talks to the group, Eureka takes a moment to clear the air with the blame game Pandora has been playing. Eureka and Ra’Jah both gave Pandora moments to shine, and she kind of fell flat. Pandora apologizes, and blames a wrong choice of words for her explanation of why she thinks she did poorly in the challenge. Trinity tells Ginger that she doesn’t want to go home, but Ginger is hesitant to put her forward in the competition if she won’t give the same amount of effort to every challenge. Pandora tells Ginger she was disappointed with her performance. Ginger was inspired by Pandora’s first Snatch Game performance and wants to continue to compete against her. The queens cast their votes, and Ginger makes her final decision before heading back out to the main stage.

Out on the runway, Ginger is met with this week’s lip sync assassin, Heidi N Closet! Ginger and Heidi lip sync for their legacy to “Sugar Walls” by Sheena Easton. While Heidi has the tricks, Ginger is bringing the camp. Following the lip sync, Ru decides that Ginger is the winner, and therefor has to eliminate one of the bottom queens. Ginger reveals that the queen she has chosen to eliminate is Pandora. Pandora says goodbye for the third time, and as she’s packing her bags, she too gets the cryptic video message from Ru, and she’s staying in the game (within a game).

What we’ll see next week: The queens take part in another, slightly animated, acting challenge, and another lip sync assassin is Ru-vealed before we find out who our top four all stars are.