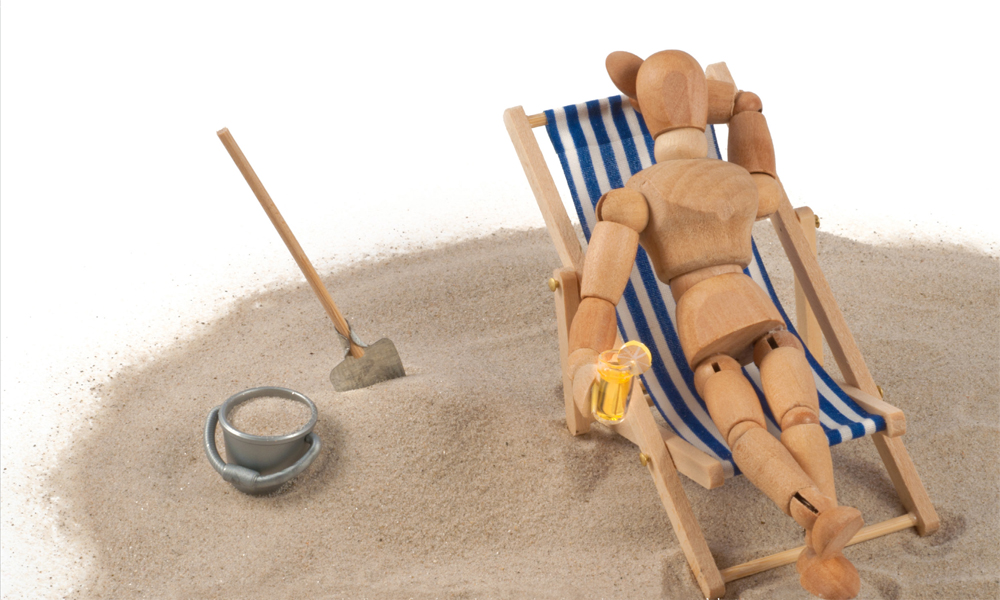 In Search Of The Elusive "Summer Body"

As someone who has body image issues, Instagram can be hell…

On the one hand, there are the endless images of unattainable (for me, at least) bodies — lean, long, and perfectly lit. The bodies we’re told are desirable, and therefore the bodies we feel are most desirable. And then, on the other hand, there are the images of seemingly unattainable body acceptance — those posts with people who love their bodies to a degree that I am not sure I’ve ever grazed. I cheer them on wholeheartedly, and yet I admit imagining that if I shared something similar, I would be met not with an enthusiastic response but one of apathy. The giant “meh” I’ve had hanging over my head most of my life.

Over nearly four decades of living in this body, my understanding of it and the experience of living within it continue to change. I have wondered why, as a child, people who saw me felt compelled to share that my “English was very good.” As a teenager, when I took little interest in the competitiveness of football or basketball, I was told I wasn’t athletic, even though I was qualified enough of a swimmer to be a lifeguard. In my 20s, I learned to armour up whenever people in cars drove past screaming “faggot” out their windows, freezing in place as I calculated whether or not I’d have to bolt to safety. While I once considered all of this as the past, now, as I close out my 30s, I am learning that the past is never just in the past.

One of the questions I have become fond of asking myself is: “Who taught you that?” My neighbours have a young child, and when he says a word or a phrase that neither of them have spoken before, that is the question they ask: “Who taught him that?” It’s not like the child spontaneously imagined it into existence. (And the answer is usually YouTube.) Yet we like to believe that this does not apply to ourselves as adults, even if psychology says differently.

So when I wake up in the morning and stand in front of the mirror taking a long look at my naked body, and the thoughts start popping into my head – the judgment, the vanity, the pride, the worries – I now ask myself, “Well, who taught me that?” Did I learn this shame as a child, when my cousin (older by a few years) lifted my shirt and slapped my belly hard, calling me “fatty-fat”? Or did I learn this judgment from looking at magazines, where everyone looks the way they do because, frankly, that’s their job? I don’t do this as a way to excuse the thoughts I have, but to become familiar with them, to see them as what they are: old jingles that have inadvertently gotten stuck in my head.

Who taught us about summer bodies? Where did we learn this idea of needing to have the kind of body that draws the attention of others? I remember hearing from the ether people that they wanted to get in shape for the summer, but I don’t recall it having the same oppressive nature. I assume it metastasized, as so many things did, when we could be seen and could see the lives of hundreds or thousands of others.

But what to make of our queer bodies: these bodies that we have been told for so long are diseased, should not exist, are somehow built wrong? If you ask any queer person, they could tell you some part of their body that they learned to change for their safety. Maybe it was the pinky finger that sprang out when they lifted a glass, or a limp wrist that was too feminine, or a heavy gait that was too masculine. In grade school, I liked hugging my binders and books securely against my chest but stopped once I was picked on by older children – but who taught them that? I moved my head too much when I talked, and I inspected my nails the wrong way. We tell children they can be anything they want, and yet there seem to be so many ways in which our bodies can betray us.

Of course, our desire is the most outstanding way, the way that most queer people had to learn to diminish their bodies for their survival. A wayward glance at someone in the change room; the contradictions we understood within our bodies while, in health class, listening to what was supposedly normal. I have a friend who came out as bisexual only later in life simply because he had never seen it modelled for him as a possibility, and so he simply tried to dampen those same-sex desires and focused on his attraction to women.

On one level, I understand the desire to show off bodies that fit the neat, conventional ideas of attractiveness. It is a grab for something that was unavailable for queer people for so long. We return control to something that for most of our lives felt out of our control. And how intoxicating that feels to be validated by others. The avalanche of likes! The thirsty DMs! And yet that victory feels so hollow, perhaps because it is chasing someone else’s ideal of a summer body, rather than truly inhabiting the one we’re in.

In Cool Runnings, the 1993 Disney film loosely based on the first Olympic Jamaican bobsled team, the coach (played by Canadian legend John Candy) is asked by one of the bobsledders why, after winning two gold medals, he still felt compelled to cheat for another one. The coach’s response lives in my head rent-free: “A gold medal is a wonderful thing. But if you’re not enough without it, you’ll never be enough with it.”

The first time I heard that quote about unconditionally accepting ourselves as we are, I wondered how that might apply to goals. How could I accept this moment, and yet want something else? I didn’t understand that acceptance wasn’t the same as complacency. More importantly, it’s only when we accept things that we can see things clearly enough to move towards our skills more skillfully.

When I return to the idea of a summer body, I think about what accepting it in this moment looks like. What does it mean to be enough without the gold medal? I’ve come to the conclusion that it means caring for my body beyond just how it may draw the attention of others. When we care for our summer bodies by listening to them, providing them with enough rest, enough hydration, enough nutrition, enough sun protection, enough movement, enough appreciation for what they do for us in this hot and humid weather, regardless of whether it’s exactly the shape, size or silhouette we dream of. That’s a true summer body. And if we can get to that place, we’ll love it in this moment and the next.

We can support ourselves by taking a look at the people we surround ourselves with. What kind of bodies do they have? Is there a range of bodies, of different shapes, sizes and silhouettes? It’s not just about loving ourselves: we love ourselves by loving others and by learning from others. It’s very difficult to love our own changing bodies if we don’t have the opportunity to observe others loving their bodies. That modelling is so powerful. If we are surrounded only by one type of body, then it’s unlikely they will know how to support us as our bodies change.

Our bodies will continue to change, no matter how much we resist it – no matter the diets we eat, the exercises we do, the creams we buy, or the Instagram filters we apply to them. What’s truly important is to treat our bodies with love and caring and acceptance. I’ve taught myself that.