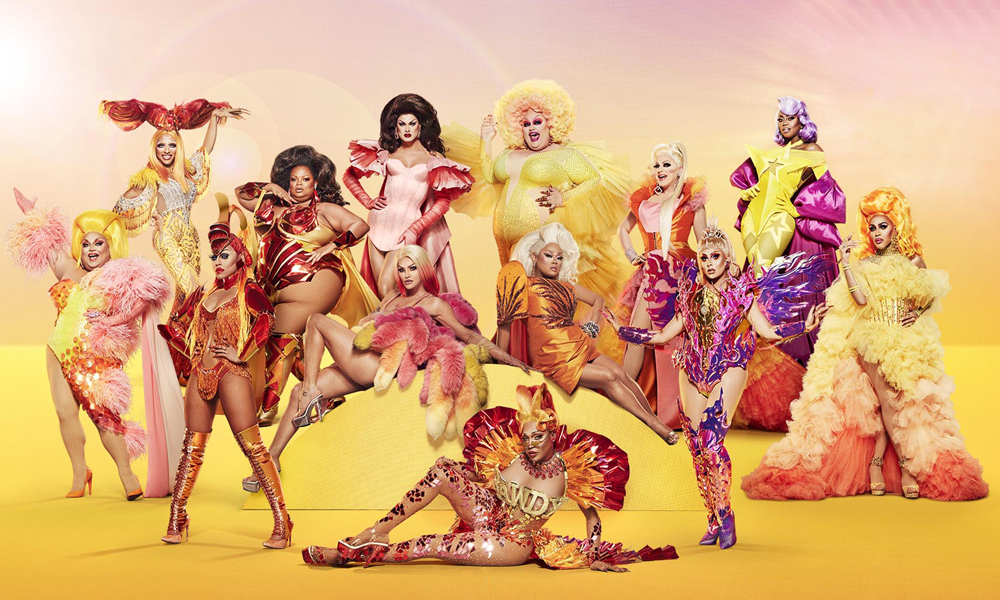 Get ready racers! A new season of All Stars starts this summer, and the comeback queens have been revealed…

It’s been a few weeks since Symone was crowned our new Queen Supreme, and Drag Race is already back back, back again with a new season of All Stars to keep us entertained through the summer. The sixth season of All Stars will once again feature a cast full of queens we’ve met in previous seasons.

There seems to be quite the variety of queens from both early and later seasons, as opposed to the majority of All Stars that seem to be queens from the last two or three seasons like we’ve seen on recently. This season, we’re also seeing a couple of previous All-Star queens returning to the competition. There are some fan favourites, and some werk room villains from seasons past that will make All Stars 6, an unforgettable one to watch. Let’s meet the returning queens!

A’Keria C. Davenport – Season 11
The Season 11 queen, and 2017-2018 Miss Black Universe winner is back to get the All Stars crown. A’Keria hails from the legendary house of Davenport and was the first Davenport to finish 3rd/4th in the competition. We first met A’Keria in season 11 where she competed with Yvie Oddly, Brooke Lynn Hytes, and Silky Nutmeg Ganache, who is also competing in All Stars 6.

Eureka! –  Seasons 9 and 10
Eureka was the first queen to leave the competition due to a medical reason after tearing their ACL during the Season 9 cheerleading challenge. Eureka came back to compete in Season 10, making it all the way to the finale where they finished 2nd/3rd with Kameron Michaels. Since their original run on the show, Eureka has also appeared in RuPaul’s short-lived Netflix series AJ and the Queen.

Ginger Minj – Season 7 and All Stars 2
All hail the Glamour Toad! You’ll remember Ginger Minj from Season 7, where she competed against fellow Drag Race legends Trixie Mattel, and Katya. She made it to the finale before being sent home by winner Violet Chachki. Ginger also competed in All Stars 2 where she was sent home in the third episode. Ginger has also appeared in the Netflix original movie Dumplin’.

Jan – Season 12
It’s always Marcia, Marcia, Marcia… But what about Jan? Jan Sport competed in Season 12 of Drag Raceand was sent home by Widow Von’Du following their lip sync. The New York queen has also competed on America’s Got Talent with her girl group Stephanie’s Child which fellow Drag Race alum Rosé is also a member. She is also in the same drag family as Canada’s Drag Race queen Lemon.

Jiggly Caliente – Season 4
The Filipino queen first competed on Season 4 of Drag Race and was ultimately sent home after a lip sync against Willam. Jiggly, who is New York’s Plus Size Barbie, is the fifth Drag Race queen to come out as transgender. You may have also seen her starring as Veronica Ferocity on FX’s legendary Pose.

Sonique – Season 2
Sonique finished in ninth place in Season 2, as well as participating in the Holi-Slay Spectacular a few years ago, and was also the first queen on the show to ever be eliminated during the Snatch Game episode. Sonique was the first Ru queen to come out as transgender, as well as being the first queen to do an iconic “Ru-veal” during a lip sync.

Pandora Boxx- Season 2 and All Stars 1
Pandora Boxx finished in fifth place in Season 2, as well as picking up the Miss Congeniality title that season. You’ll probably remember her Carole Channing impersonation for Snatch Game. She’s previously come back for All Stars 1, where the queens competed in pairs, she finished in 11th/12th place. Pandora is the first queen in the show’s history to use an entrance quote, which has since become a staple in premiere episodes.

Ra’Jah O’Hara – Season 11
The Dallas queen first competed in Season 11 as one of the season’s lip sync assassins. She was sent home at the end of episode seven after being eliminated following a lip sync against fellow AS6 queen A’Keria C. Davenport. During season 11, Ra’Jah was paired with anotherAS6 queen Ginger Minj in the photoshoot mini-challenge.

Scarlet Envy –  Season 11
Scarlet Envy joins Ra’Jah O’Hara, A’Keria C. Davenport, and Silky from Season 11 to compete onAll Stars 6. During Season 11 she killed acting challenges, but struggled with the choreography in dance challenges, which landed her in 10thplace after being eliminated after a lip sync against Ra’Jah O’Hara. Scarlet is New York moxie mixed with Southern charm, and many fans believe she was sent home too early on Season 11. Can she redeem herself on All Stars?

Serena ChaCha – Season 5
Serena came in 13th place during season five, leaving at the end of the second episode. Fresh out of art school, Serena was the youngest to compete on her season, which seemed to annoy some of the other queens. She is lowest placing queen (on their respective seasons) to come back to compete on All Stars.

Silky Nutmeg Ganache – Season 11
Silky made it all the way to the Season 11 finale, finishing in 3rd/4th place, as well as winning Snatch Game in her season. Silky is known for filling the werk room with her larger-than-life personality. Season 12 winner Jaida Essence Hall did her makeup for the Season 11 finale. Silky is the fourth plus size queen to make it all the way to the finale, following queens Roxxxy Andrews (Season 5/AS2), fellow AS6 queens Ginger Minj (Season 7), and Eureka (Season 10). Werk!

Trinity K Bonet – Season 6
Trinity K Bonet (the K stands for Kardashian) was quiet and introverted while she competed on season 6. In a Season 6 episode of Untucked, Trinity revealed to the rest of the queens that she was HIV-positive (she was the second queen to do so after Ongina). She was commended by the other queens for her bravery. Trinity memorably kept calling Chaz Bono, Chad in an interviewing challenge, which ended up being one of the most cringe worthy challenges in the show’s history. Trinity finished in seventh place. Since Season 6, Trinity has appeared in Taylor Swift’s music video for You Need to Calm Down, playing Cardi B.

Yara Sofia – Season 3 and All Stars 1
Yara Sofia is All Star 6’s final queen. She competed in season 3 where she finished in fourth place, as well as winning Miss Congeniality. Yara also competed in the first season of All Stars, where she placed 5th/6th,  making her the third All Stars 6 queen to be competing in their second All Stars season. The Puerto Rican queen is ready to come back for a third time to snatch the crown!

Season 6 of RuPaul’s Drag Race All Stars will begin on June 24.