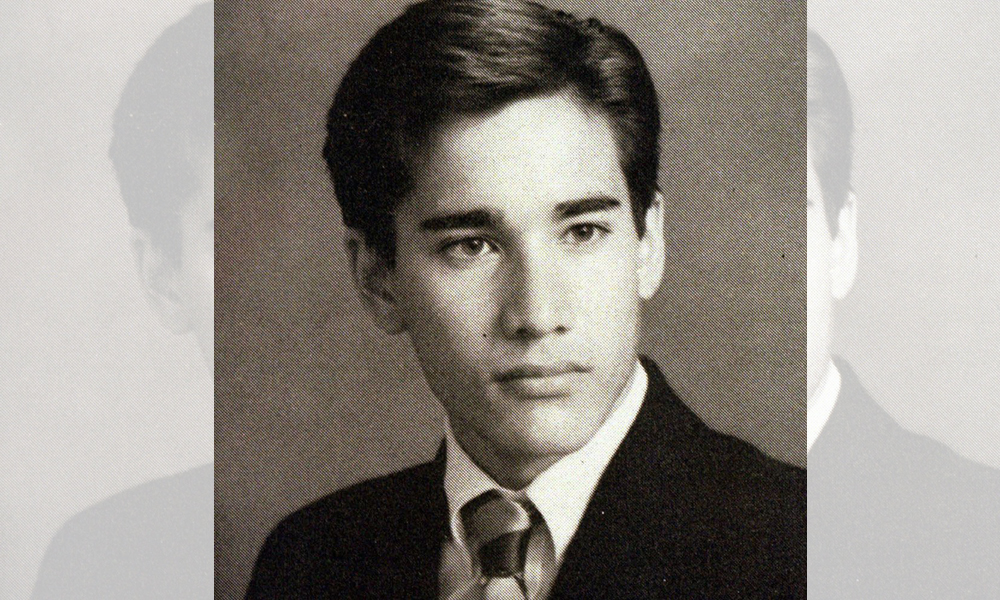 This month, we’re exploring Andrew Cunanan, the serial killer best known for killing Gianni Versace in 1997. Andrew Cunanan was 27 years old when he murdered five people within a span of two and half months. His killing spree started in Minneapolis on April 27th, 1997 and ended in Miami Beach on July 23rd, 1997 when he committed suicide with the same gun he used to kill most of his victims. 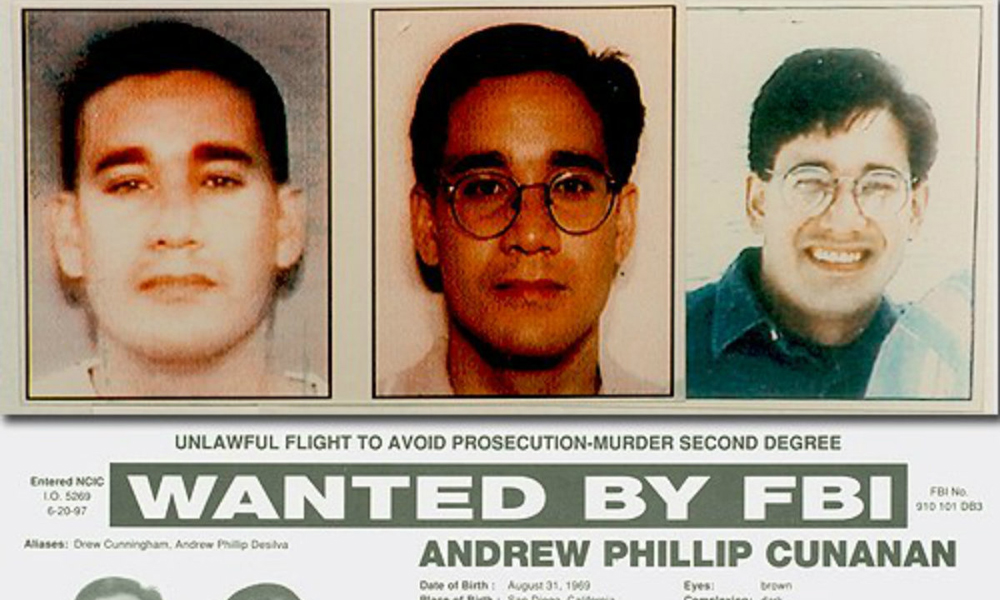 Cunanan was gay—but only open about it when it suited him. He worked as an escort for older, wealthy men and was known for being a prolific liar. Ryan Murphy’s FX series American Crime Story: The Assassination of Gianni Versace, which was based on former Vanity Fair reporter Maureen Orth’s book Vulgar Favours: Andrew Cunanan, Gianni Versace and the Largest Failed Manhunt in U.S. History portrays not only Cunanan’s murders, but the realities of being gay in the mid 90s. From the AIDs epidemic to homophobia and gay panic in the justice system, Cunanan and his victims were all navigating that world.

Since he didn’t leave a suicide note, we can’t know for sure why Cunanan committed his crimes. From rumours that he believed he was HIV positive and out for revenge to speculation about mental illness, the truth is most likely a combination of many factors. Taking a closer look at his victims and his MO—which differed from victim to victim—is one way we can begin to understand his motives. 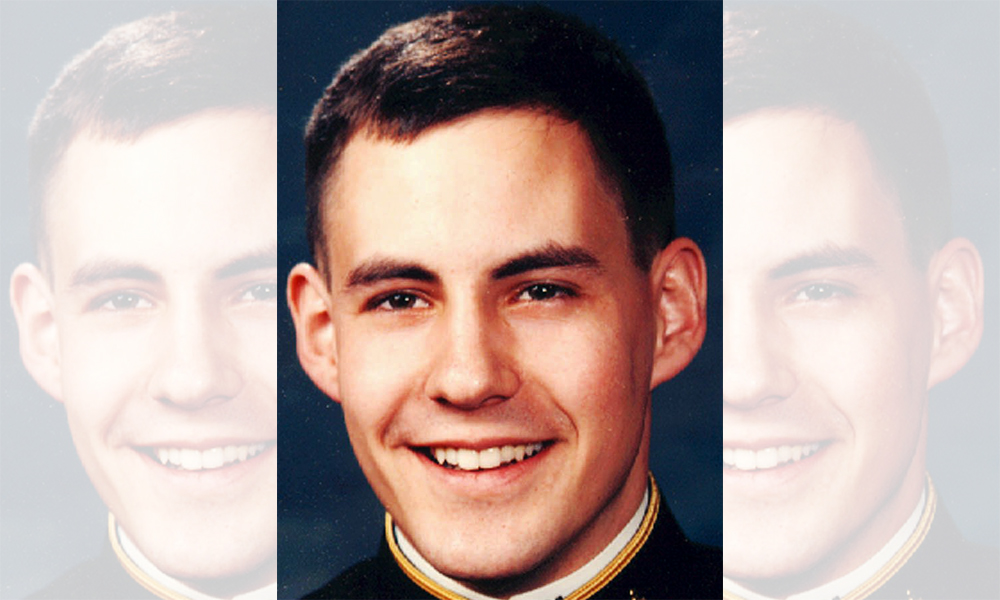 Jeffrey Trail – April 27rd, 1997
Jeffrey Trail was a former U.S. naval officer who was friends with Cunanan before his murder. Cunanan called Trail his “best friend” and “brother” but their relationship may have become one-sided as time went by. After Trail’s death, his sister told The New York Times that Cunanan appeared to be trying hard to emulate her brother and had an “unhealthy obsession” with him.

Before his murder, Trail told friends that he was trying to distance himself from Cunanan after the two had a falling out, and even though Cunanan was coming to Minneapolis for a visit, Trail expressed to friends that he was not looking forward to it. While in Trail’s apartment, Cunanan stole the gun he would later use to murder some of his other victims. On April 27th, 1997, Cunanan was at his ex-boyfriend, David Madsen’s apartment when he asked Trail to come over. Once Trail arrived, Cunanan beat him to death with a claw hammer in front of Madsen. He then rolled the body up in a rug and Madsen and Cunanan left town two days later in Madsen’s car. 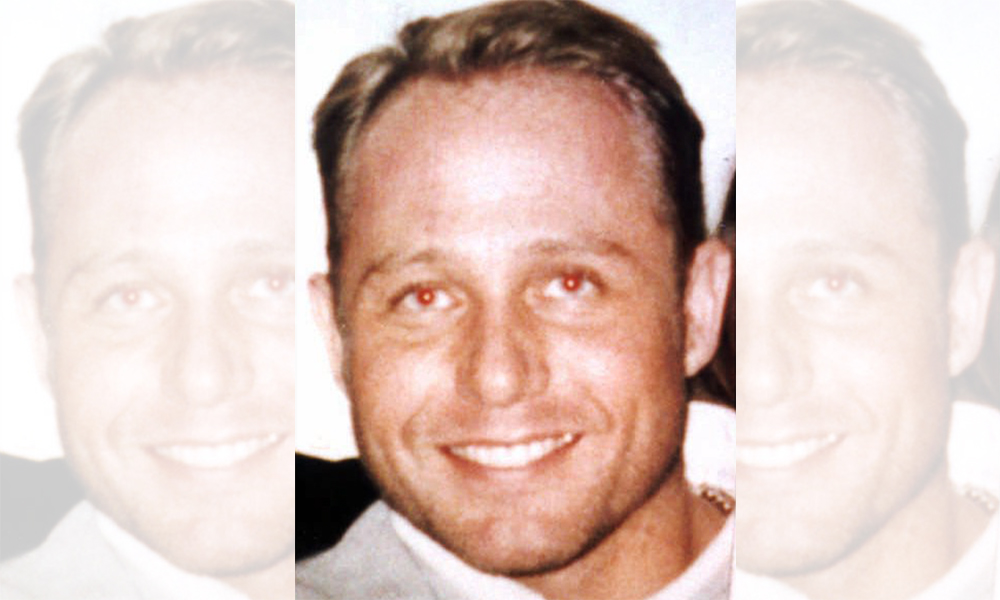 David Madsen – May 3rd, 1997
David Madsen was a successful architect and Cunanan’s ex-boyfriend who lived in Minneapolis. When Jeffrey Trail moved to Minneapolis, he and Madsen became friends and Cunanan may have been suspicious that the two were dating, even though Trail had a boyfriend. Even though they had only briefly dated, Cunanan still referred to David as “the love of his life”.

After witnessing the murder of Jeff Trail, Madsen left Minneapolis with Cunanan. At first, authorities believed Madsen was the killer or was at least an accomplice. But six days later, Madsen’s body was found near Rush City, Minnesota, about an hour drive from Minneapolis. He had been shot in the back and the head.

In Murphy’s series, Madsen is portrayed as a hostage of Cunanan’s who doesn’t try to escape because of his fear that police will think he had something to do with the murder and shame over being gay. Although it’s impossible to know the exact details of what happened between Cunanan and Madsen during those six days, Madsen’s family believes he had nothing to do with Trail’s murder and was simply a hostage. 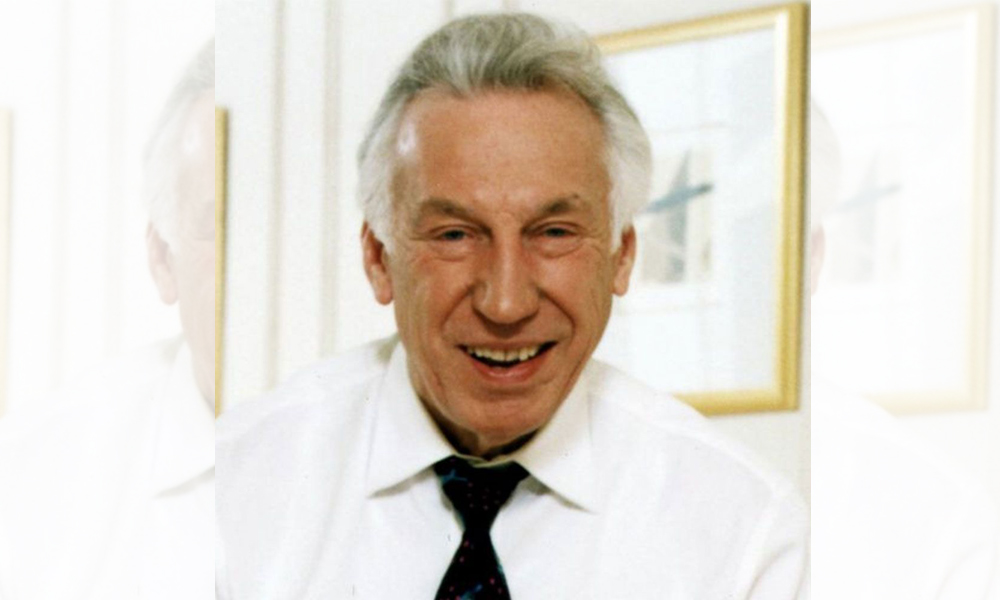 Lee Miglin – May 4th, 1997
After killing Madsen, Cunanan continued driving to Chicago where he went to the home of 72-year-old Lee Miglin, a wealthy real estate investor. On May 4th, 1997, Miglin’s wife Marlyin returned from a business trip to find her husband dead in their garage. He had been bound with duct tape, stabbed more than 20 times with a screwdriver and had his throat cut with a hacksaw.

Although Miglin’s family has insisted that he and Cunanan did not know each other, a number of clues have led investigators to believe otherwise. There were no signs of forced entry and there was evidence that Miglin’s attacker slept in Miglin’s bed, ate a ham sandwich in the library, shaved in the bathroom, and bathed in the bathtub before leaving—all of which implies he knew that Miglin’s wife was out of town.

There have been no eye witnesses to confirm Cunanan and Miglin knew each other but the state of the crime scene—the boy was surrounded by gay pornographic magazines—suggest Cunanan was trying to make a statement about Miglin. Cunanan wasn’t suspected of the murder until Madsen’s car was found parked around the corner, after which Cunanan was added to the FBI’s Most Wanted list. 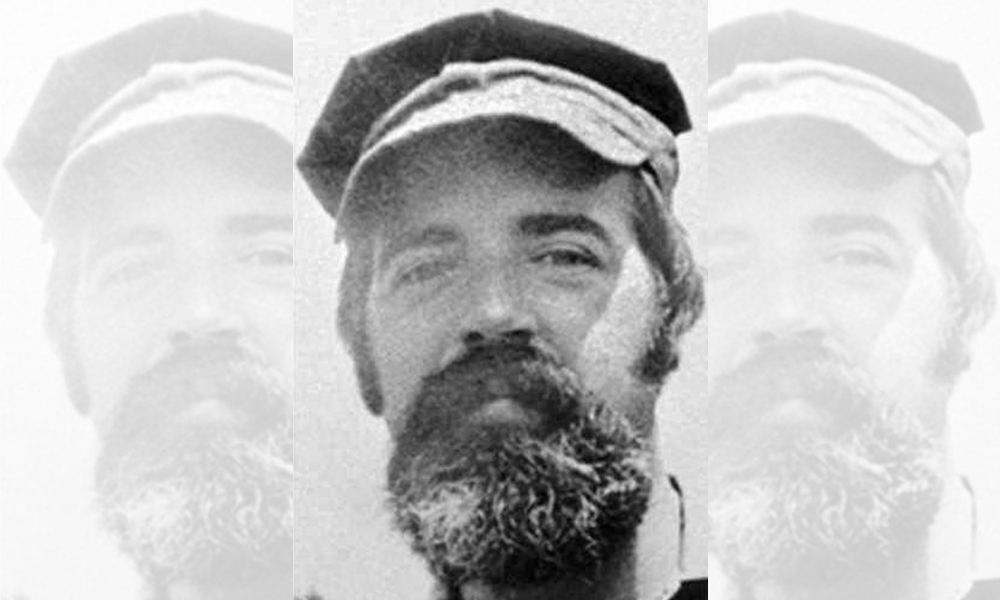 William Reese – May 9th, 1997
After murdering Lee Miglin, Cunanan stole his car but it wasn’t long before he realized authorities could track him using the car phone. Cunanan stopped at a cemetery in New Jersey and killed 45-year-old caretaker William Reese by shooting him in the back of the head. He then stole Reese’s red pickup truck. Reese’s murder is believed to be a crime of opportunity and desperation committed because Cunanan needed a vehicle.

With Reese’s truck, Cunanan drove to Miami Beach and lived in the area for over two months without detection. 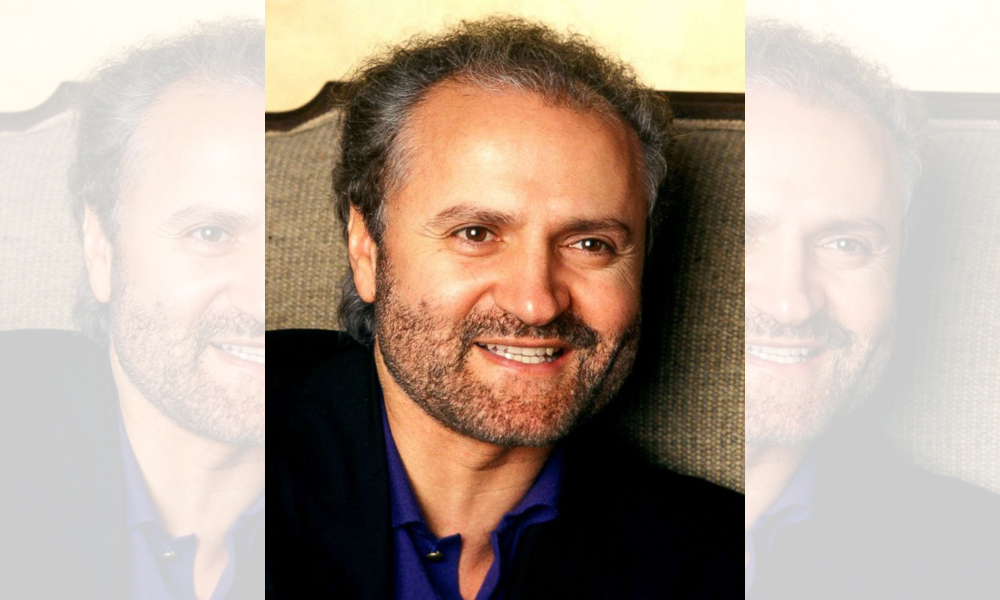 Gianni Versace – July 15th, 1997
Gianni Versace was 50 years old and at the top of his career as a fashion designer when he was murdered. Only a couple years earlier he was interviewed for The Advocate with his partner of 13 years, Antonio D’Amico where he publicly came out as gay. There’s no clear evidence that Versace and Cunanan had ever met—and if they did, it was not much more than a brief encounter. Versace was well-known around Miami Beach and a beloved figure in the fashion and gay communities.

After the murder of William Reese, Cunanan was upgraded to the FBI’s Ten Most Wanted Fugitive’s List. On the morning of July 15th, Cunanan shot Gianni Versace in the head on the front steps of his mansion. It’s not clear whether it was a crime of opportunity or Cunanan waited outside the house for the chance to kill Versace.

Cunanan fled the scene but there were eye witnesses and authorities found William Reese’s pickup truck in a nearby parking garage with Cunanan’s clothing and newspaper clippings about the other murders. A massive manhunt took over Miami Beach for the next week and Cunanan continued to evade detection by staying out of sight. Police found his body in a vacant luxury houseboat on July 23rd, 1997. He had committed suicide with the same gun he used to kill Madsen, Reese and Versace.

Questions surrounding why Andrew Cunanan killed his five victims will only ever be half answered, but according to Ryan Murphy, Cunanan was a “person who targeted people specifically to shame them and to out them, and to have a form of payback for a life that he felt he could not live.” In other words, if he couldn’t have the love and the lavish lifestyle he thought he deserved, then why should anyone else have it?

Super interesting column.
I actually like watching documentaries about serial killers or odd cases of murder in general. I mean, I don’t like the fact that the crimes were committed, but I see some cases as a way to learn something about the behavior pattern of a killer. I already knew the case of a famous gay killer, Jeff Dahmer, but not this one.
After reading about the case, I believe that, disregarding the cemetery caretaker, his crimes were based on revenge and envy. It is very sad that these things happen from time to time.