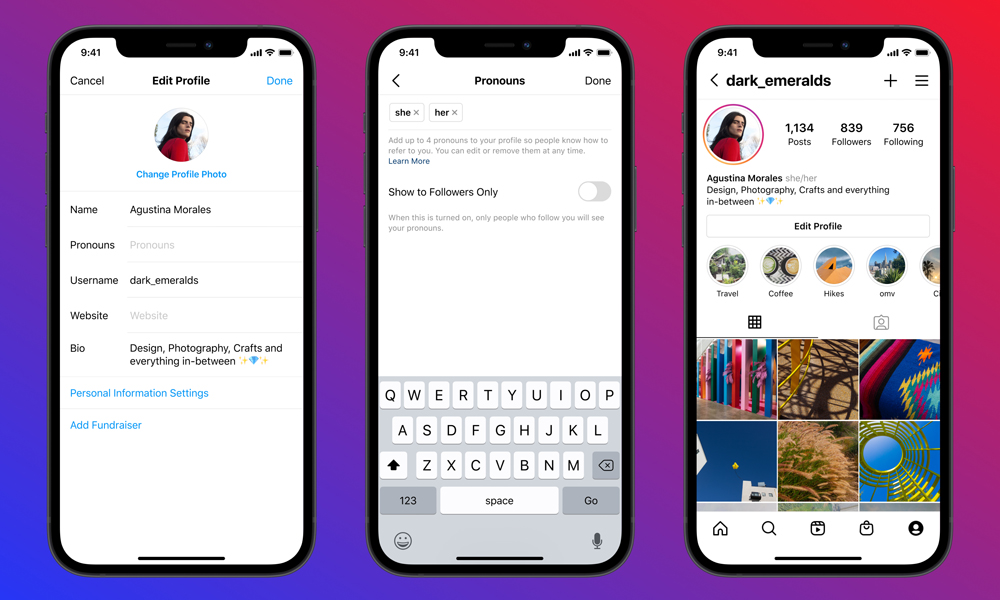 Instagram is making it easier to address people by their defined pronouns. The company announced today that it’s allowing people to add up to four pronouns to their profile, which they can then choose to display publicly or only to their followers.

Of course, users could previously list their pronouns in their bio sections, but this update adds a standalone field alongside the existing sections for name, username, website, and bio. Pronouns will appear next to users’ names in a smaller, grey font. (Users under 18 will have this setting turned on by default.)

“The new field is available in a few countries,” the company shared on Twitter, “with plans for more.” While they didn’t specify further, it looks like the feature is already widely available to users throughout North America.

Instagram says these pronouns can be removed or edited at any time. Furthermore, a toggle switch enables creators to make their pronouns only viewable to their followers. The social media giant also say that people can fill out a form to have a pronoun added, if it’s not already available, or just add it to their bio instead.

Interestingly, Facebook allowed users to define their pronouns starting in 2014, although the feature limited people to “he/him, she/her, and they/them.” This appears to still be the case while Instagram will offer more options. 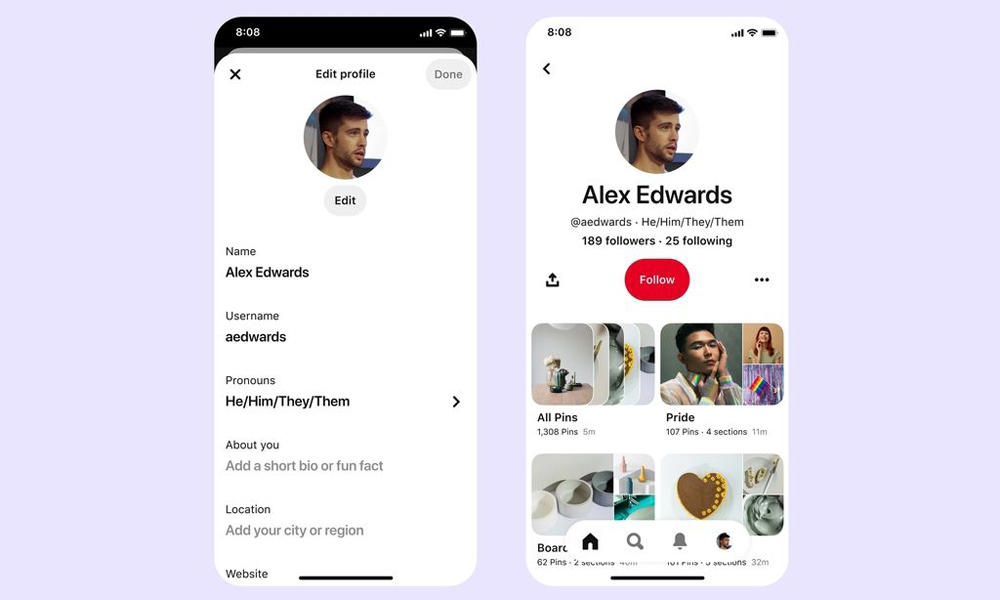 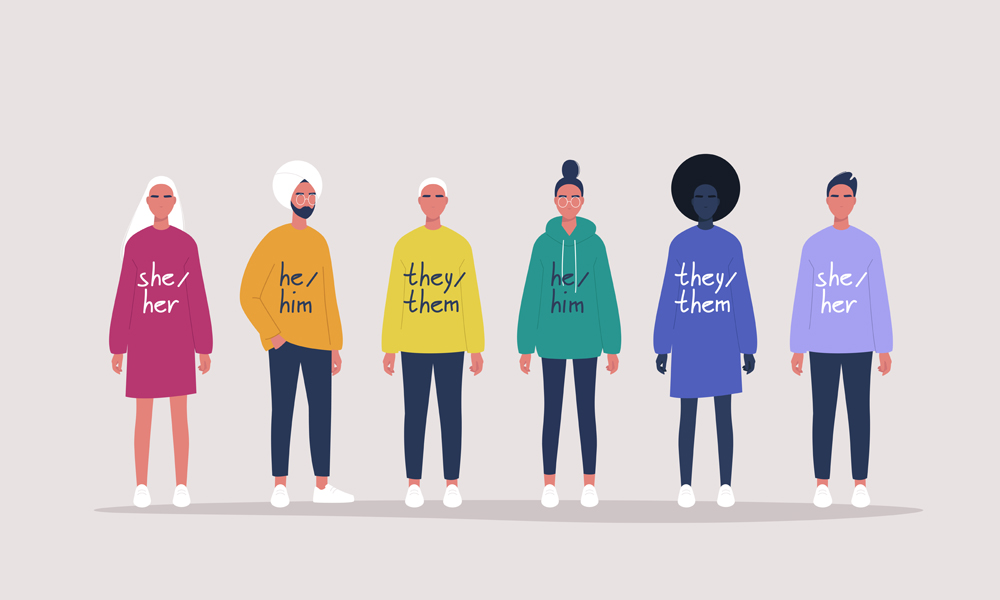 Here’s Why Gender Pronouns Are So Important