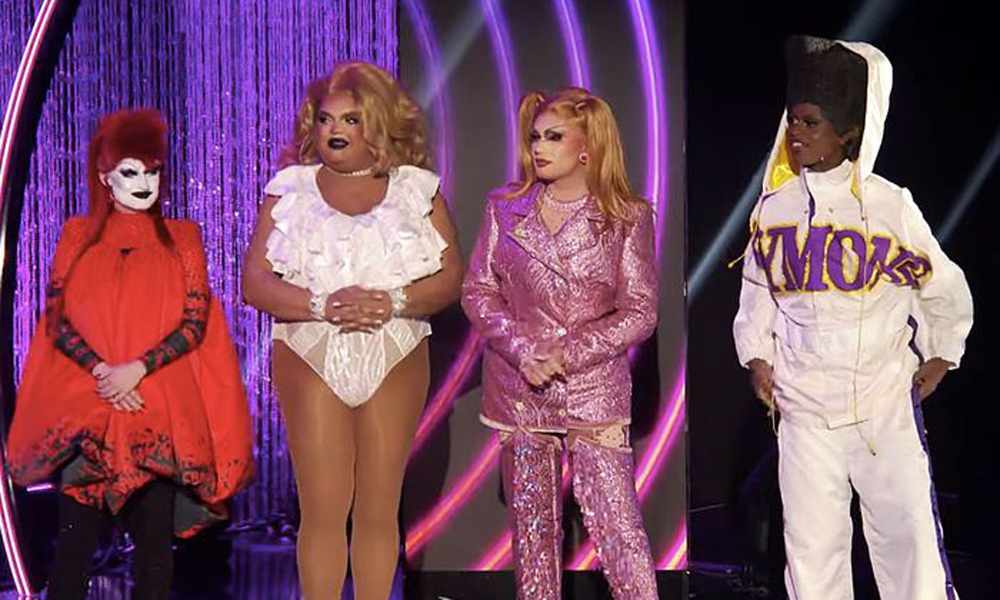 After a season full of twists and turns, America’s Next Drag Superstar is crowned in a spectacular grand finale event…

Well folks, we finally made it. After an entertaining, albeit slow three and a half months, we are finally at the finish line to what was definitely a memorable 13th season of Drag Race. We’ve endured multiple weeks with no eliminations, saves, double saves, surprisingly no double eliminations, we are left at the finale, with a legendary final four. Whether Rosé, Gottmik, Symone, or Kandy Muse takes the crown, this season was one to remember. It’s finale time! Let’s get into it! 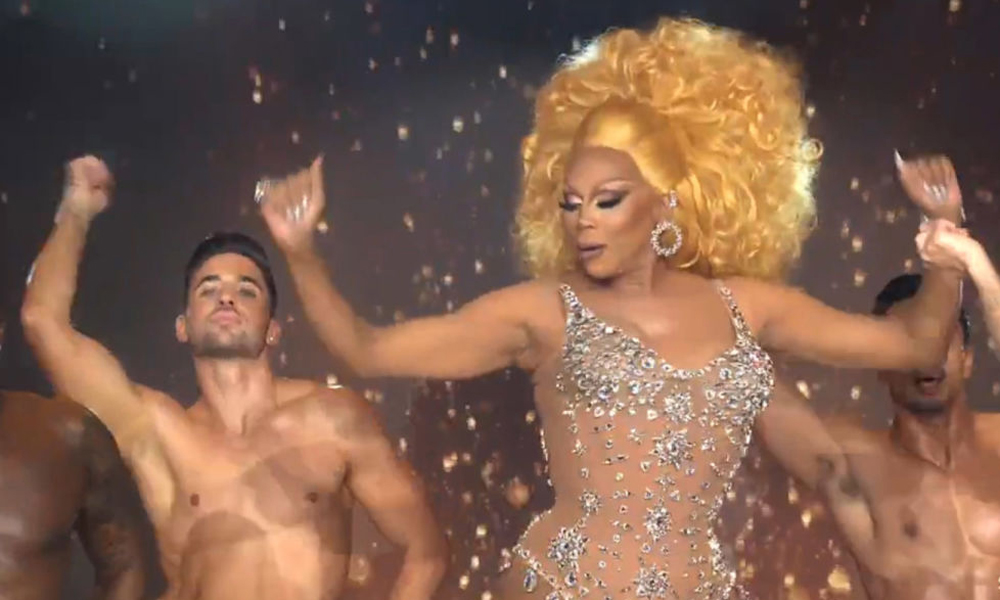 Our Season 13 finale starts off RuPaul performing one of her songs in a fabulous bodysuit, while an audience watches outside from their cars, safely distanced, and masked. This finale will be different than the ones we’re used to, but I’ll take it over last season’s Zoom finale. The top four make their entrance in black and white looks. All of the queens look fabulous in their black and white eleganza, but before we have time to take in those first looks, we’re quickly re-introduced to them again, this time in all red looks. The red looks are a different edgier direction from the regal black and white looks from the previous category. They’re giving us versatility; we love to see it. The final category is “Grand Finale Eleganza Extravaganza”, and the top four DID NOT COME TO PLAY. All of these queens have such different aesthetics, and it’s so interesting to see them all beside each other. 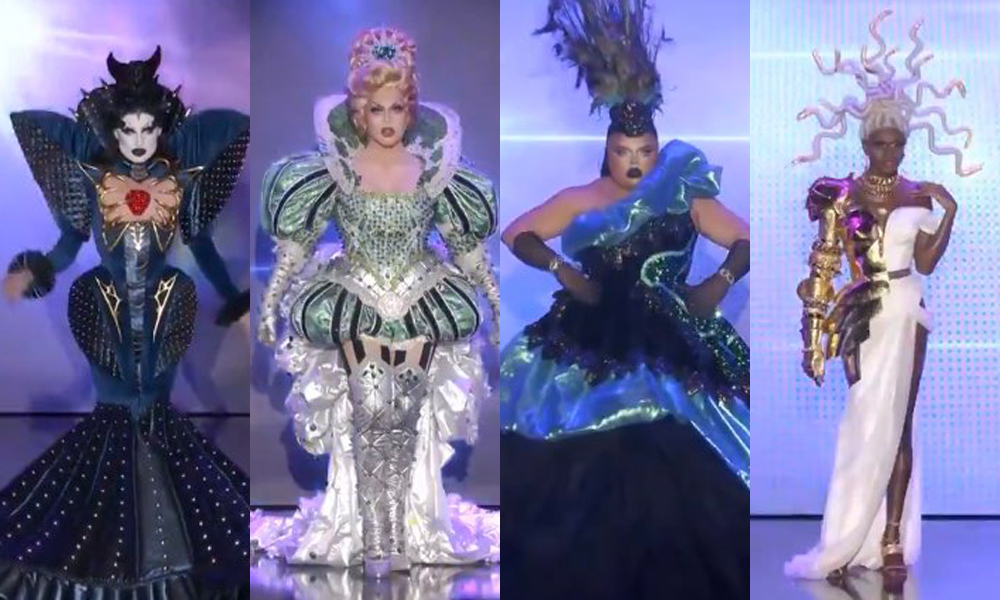 Tonight’s finale is dedicated to the power of friendship. Last season’s winner Jaida Essence Hall is reporting live from the remote drive-in audience and gives some advice to the top four. Gottmik’s highlight reel plays, and we’re reminded about how incredible Gottmik has been from episode one. During the short interview Mik reveals the musical challenge really allowed her to break through her shell and have fun with the competition. Miss Paris Hilton appears via video message to wish Mik luck. Gottmik’s parents also appear on a video to wish her luck, and she thanks them for being so supportive on their journey. Gottmik reveals that the top four has gotten so close, but she’ll send any of them home to get that crown. 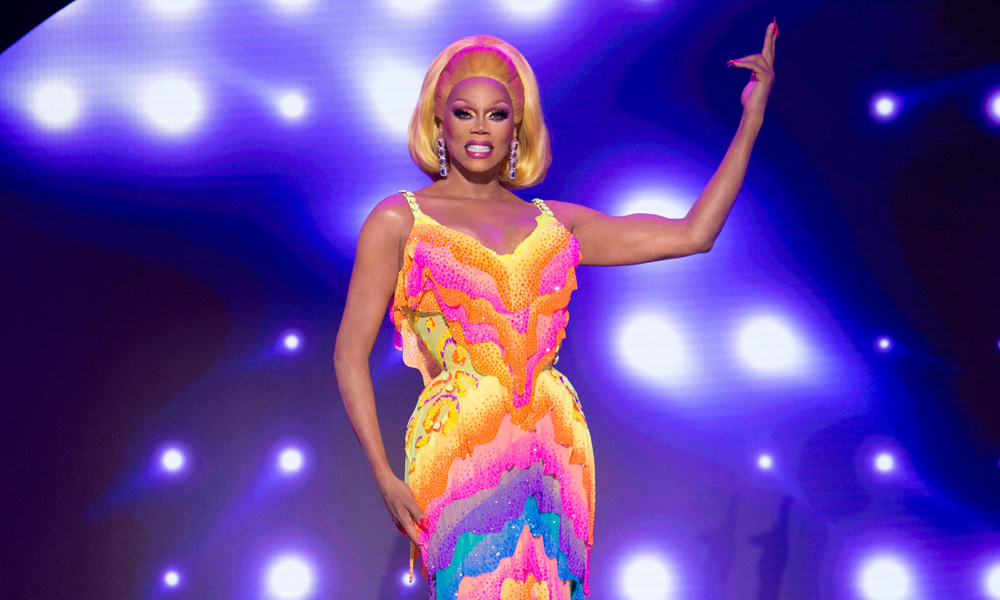 Following Gottmik’s segment, we get to see Kandy’s journey to the finale, and the judges are right…Kandy Muse is an all-original queen. She says that’s why she made it to the top four. She bonds with Ru over being a Scorpio, and how growing up in the South Bronx prepared her for the competition. She and Tamisha Iman still haven’t spoken since Tamisha was sent home, and she’s ok with that. Kandy gets lots of laughs from Ru and reveals that the money she won from the roast went towards paying for her moms’ honeymoon. One of her moms appears on video to wish Kandy luck.  Kandy has survived four lip syncs this season, so you can bet she’s going to bring it tonight.

Rosé’s highlight reel is next, and she’s another queen who went on quite the journey this season. From perfectionist, to rolling with the punches Rosé has proved she’s the total package. Rosé reveals she has a sprained ankle, but nothing would stop her from competing for the crown. She talks about her real thoughts on the makeup Tina Burner did on her and teaches Ru how to say Ellie Diamond in a Scottish accent. Rosé’s family wishes her luck on video, and it’s no surprise where her charisma comes from. Rosé may have started the season in the Pork Chop Lounge, but she certainly has the ability to take it all the way.

Finally, we get to watch Symone’s journey on the show. If there is one thing you can take from Symone’s run on the show, it’s the fact that almost every single one of her runway looks were iconic. She brought it every week, and tonight’s finale is no different. Symone tells Ru that Rihanna, Lil Kim, and Whitney Houston are her main inspirations, but activism is also very important to her when it comes to how she presents her drag. Symone gives a sincere message for queer kids growing up in small towns and receives a message of support from her mom and grandma, after telling Ru she hasn’t been back home to her small town since she left two years ago. Symone has been incredible, and exciting to watch all season, and I’m excited to see what she brings tonight in the lip syncs.

As tonight’s show is dedicated to the spirit of friendship, Ru talks about the importance of friendship, love, and family, and as 2021 is the 40th anniversary of the beginning of the Aids epidemic, as well as being a year into the Covid-19 pandemic, the top four treat us to a pre-recorded performance of Bette Midler’s “Friends”. Following the performance, a tribute to Chi Chi DeVayne plays. Chi Chi unfortunately passed back in 2020, and if we can tell anything from the sincere, and heartfelt messages from previous Ru girls, she is still so loved, and incredibly missed by the Drag Race community.

After a brief moment of silence for Chi Chi, it’s time for the lip sync smack down. For the first time in Drag Race Herstory, all three lip syncs songs are by the same artist, and that artist is BRITNEY BITCH. RuPaul spins the magical Lip Sync wheel, which lands on Kandy Muse first. Ru spins a second time and competing against Kandy in the first lip sync is Rosé. Kandy picks one of two pink boxes and reveals that the first lip sync song is none other than Work, Bitch.As expected in a finale, this first lip sync is full of sickening costume reveals. There is no shortage of passion in this performance, both of these queens want that crown, but only one can move on. After the lip sync, Ru decides that the winner of the first lip sync is Kandy Muse. Kandy will be moving onto the next round, while Rosé’s journey on Drag Race has officially come to an end. Symone and Gottmik are up next, and they’re lip syncing to “Gimme More.” Gottmik and Symone continue the tradition of grand finale reveals. This lip sync has my stomach in knots, both of these queens have had incredible runs this season, but only one can move forward to the final lip sync. Ru says shantay to Symone, which unfortunately ends Gottmik’s journey on the show. I won’t lie, this was really surprising to me. It’s hard to see queens like Gottmik and Rosé go, but their stars are just beginning to rise. And hey, there’s always All Stars.

While the final two queens prepare for the last lip sync, Ru introduces the season 13 queens (who are appearing remotely). Last season’s fan fav Heidi N Closet is here to crown this season’s Miss Congeniality. The season 13 queens voted, and the winner of RuPaul’s Best Friend’s Race (and 10 thousand dollars), is LaLa Ri! A perfect choice! Heidi also reveals that for keeping the world entertained in these trying times, all of the other queens will also receive 2 thousand dollars each. Ru welcomes Jaida Essence Hall to the stage and talks about her year as queen supreme. For the last time this season, Kandy and Symone will lip sync for their lives, and officially the crown. The two final queens lip sync to “Till the World Ends.” Symone wows in another stunning outfit (and hair) reveal, while Kandy has an energetic performance in a beautiful white leotard. Following the lip sync, it’s time to crown a new queen. Ru has made her decision, and the winner of season 13 is…SYMONE! It is SO well deserved. You’re a winner baby! 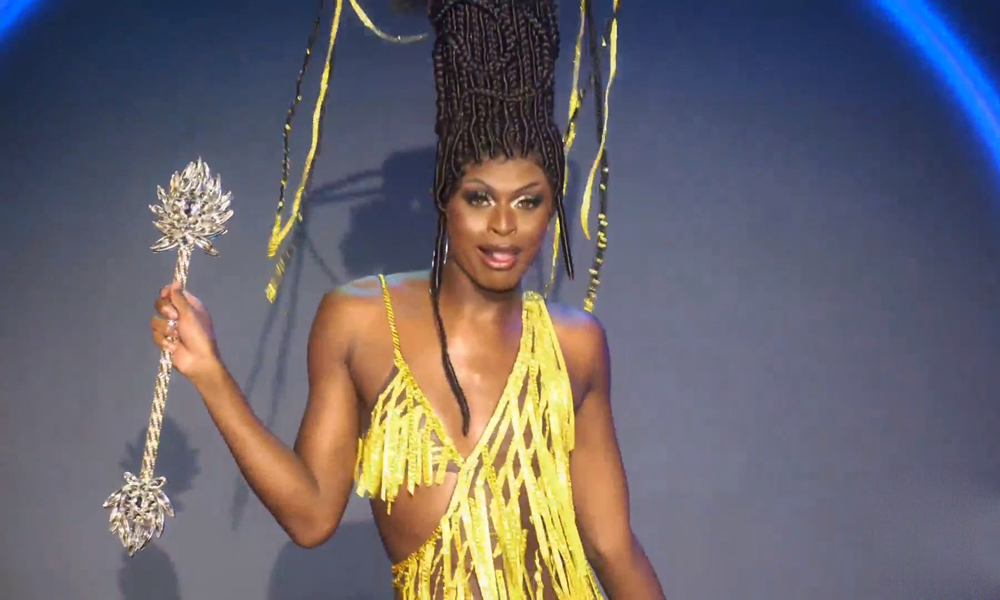 It has once again been incredible to recap this season of Drag Race for you! I can’t wait for the next one!