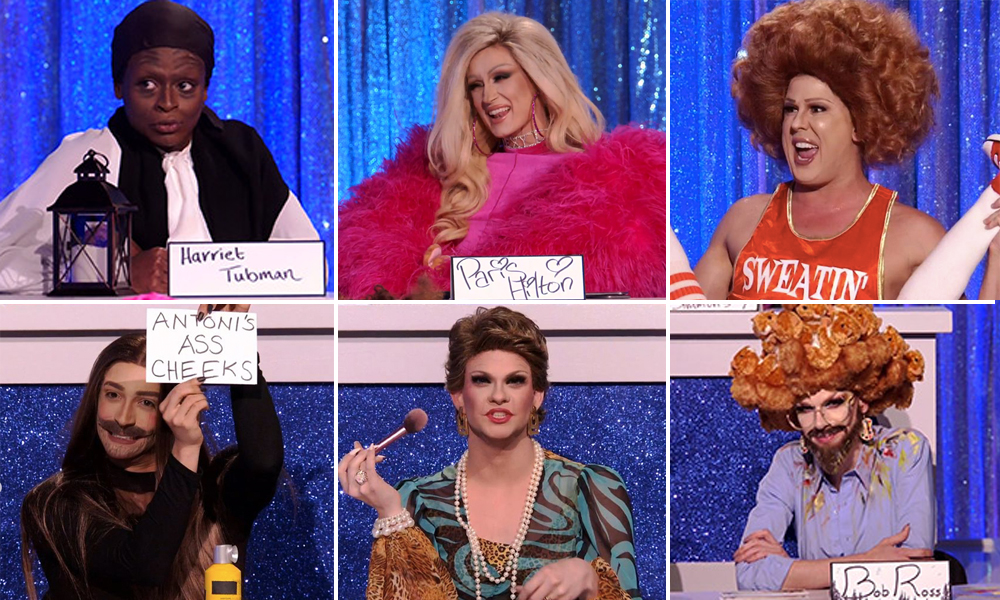 The queens give us all they’ve got in Snatch Game, and keep us fascinated on the runway…

It’s been two weeks since we’ve last seen our season 13 queens so if you’re like me and can’t really remember what happened on the last episode, the Covid doc, and this week, here are the basics. The queens put on this season’s Rusical, which was social media themed. Anne Hathaway appeared via zoom in the work room to give the queens advice. After not getting the role she originally wanted, Denali slayed the smaller role she got with scene partner Gottmik and delivered a killer performance. Rosé stole the spotlight and won top queen of the week. After an all-yellow runway, Kandy Muse and Symone are named the worst of the week and lip sync for their lives. Ru uses a rare double save, and both queens get to stay. We are halfway through the season, and only a handful of queens have gotten the boot. Everyone is confused as to how this happened. Now that we’re all caught up, let’s get into this week’s new episode!

This week’s episode opens in the work room following the last episode’s double save. Symone is so happy that her and sister Kandy were both saved. Kandy explains how crushed she felt while she was eliminated for 30 seconds. Both say there is a fire under their asses to keep fighting for the title. In Denali’s confessional she explains last week was the first time everybody in the bottom was from the winner’s circle (are we still keeping track of that?). The queens congratulate Rosé on her win, and the queens de-drag. If the last episode has taught us anything, it’s that there are way too many queens left for episode nine, and this is still very much anybody’s game.

The next day, the remaining NINE queens welcome Ru into the work room for this week’s mini challenge. The queens will be auditioning for a punk band, and after getting into quick drag. All of the queens headbang, and thrust their way through the song, but it’s Tina Burner who wins the mini challenge, and a nice cash prize. Ru announces this week’s maxi challenge is SNATCH GAME!!! This is arguably the most important challenge of the season, and as the queens get to work preparing, they are getting creative with their choices this year. Utica is doing Bob Ross with an afro made of plush squirrels. She explains to Symone that she’s uncomfortable wearing an afro wig as a white person, despite Bob Ross (a white person), having a very real afro. Gotmikk is doing the iconic Paris Hilton, and Rosé is paying homage to her Scottish heritage with Mary Queen of Scots (and Kandy has no idea who that is). During Ru’s work room walk around, Elliott reveals she’s doing Rue McClanahan, and as Ru is a huge Golden Girls fan this is a choice that will either fly or totally flop (I’m betting on the latter). Ru’s mid-episode interviews for this challenge specifically make the queens, and me very nervous. If you can’t make Ru laugh in the work room, it’s crunch time to change lanes or make your character funny. Snatch Game is a make or break challenge each season, so I hope each queen brings their best to the stage. 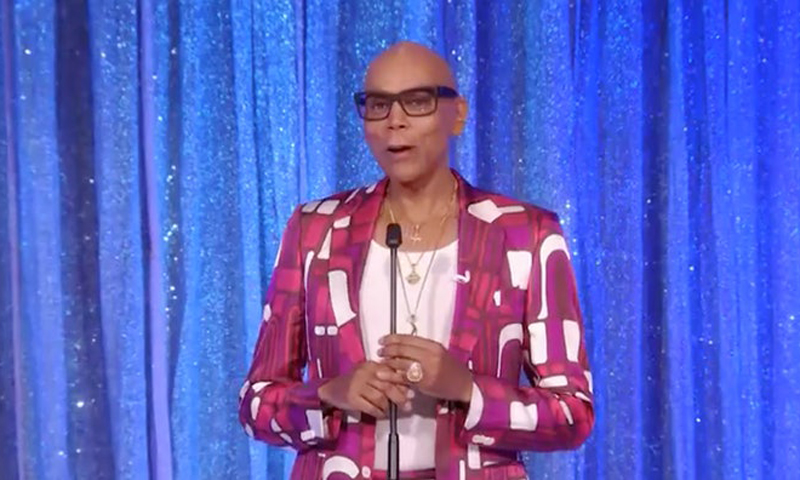 It’s time to play Snatch Game, and Ru introduces this season’s judges Raven and Victoria Porkchop Parker. Right out of the gates, Symone has made Harriet Tubman surprisingly funny, and Gottmik’s Paris Hilton is hilarious. Rosé pulls out her Scottish accent for her Mary Queen of Scots, Tina Burner is high energy as Richard Simmons, and Kandy Muse is YouTube makeup guru Patrick Starrr. Olivia hits our first bump in the road as social media vegan chef Tabitha Brown. Denali is “stunning henny” playing Queer Eye’s JVN, but Elliott’s Rue, and Utica’s Bob Ross aren’t really hitting the notes.  Throughout the game Gottmik, Kandy, and Rosé are absolutely killing it. Olivia, Utica and Elliott flounder, which will probably land them in the bottom, but I think it’s safe to say Symone has made a comeback from being in the bottom of the last episode. Overall, it was a great Snatch Game, with the majority of the queens doing really well.

It’s elimination day in the work room, and some of the queens are feeling overly confident in their subpar Snatch Game performances (*cough* Olivia and Utica). Olivia confronts Utica over Utica telling Denali she thinks Olivia might be in trouble this week. By the mirrors, the queens talk about their families coming out to see them perform in drag. Denali tells the other queens her parents have never seen her in drag and hopes they can be more supportive after the show. Out on the runway Ru introduces the panel of judges, and this week’s guest Ts Madison.  On the runway the category is “Fascinating Fascinators,” and the queens give serve in their innovative headwear. Following the runway Ru announces Symone, Tina Burner, and Kandy Muse are all safe for the week, with Ru thanking Symone for bringing a powerful message to the runway in her “Say Their Names” gown. The critiques start with Olivia. Michelle loves the versatility in her runway look, but the rest of the judges didn’t love her Snatch Game. They loved Rosé’s runway, and her Snatch Game performance. Michelle calls Utica’s picnic look “super cute”, but Carson clocks her Bob Ross. Michelle told Denali her diner waitress look was kind of costumey, but the fascinator, and the skates totally saved it. Carson adored her performance as JVN. All of the judges love Gottmik’s punk runway and applauded her epic Paris Hilton Snatch Game. Lastly, Elliott’s Snatch Game disappointed the judges, and her runway didn’t ruffle enough feathers to save her from the bottom.

After deliberating with the other judges, Ru announces Gottmik is the winner of the week, with Denali, Rosé, and Olivia are safe for the week. This leaves Elliott and Utica in the bottom. The two lip sync for their lives to “Fascinated” by Company B. After an electric performance it’s Utica who gets to stay in the competition, sending Elliott with 2 Ts home. A pro tip for any incoming Ru Girls… Never pick one of Ru’s favourites for Snatch Game unless you’re Bianca Del Rio.

Front runner of the week: Gottmik obviously slayed as the iconic Paris Hilton, and Rosé’s Mary Queen of Scots was a creative choice that really paid off.

The queen who deserved to be praised in critiques: Symone’s Snatch Game, and runway look were both standouts, and deserved to be talked about in full by the judges. I said what I said.

What we’ll see next week: It’s the makeover episode, and this year the queens are making over… each other? Ru asks the queens the dreaded question. Who should go home tonight?