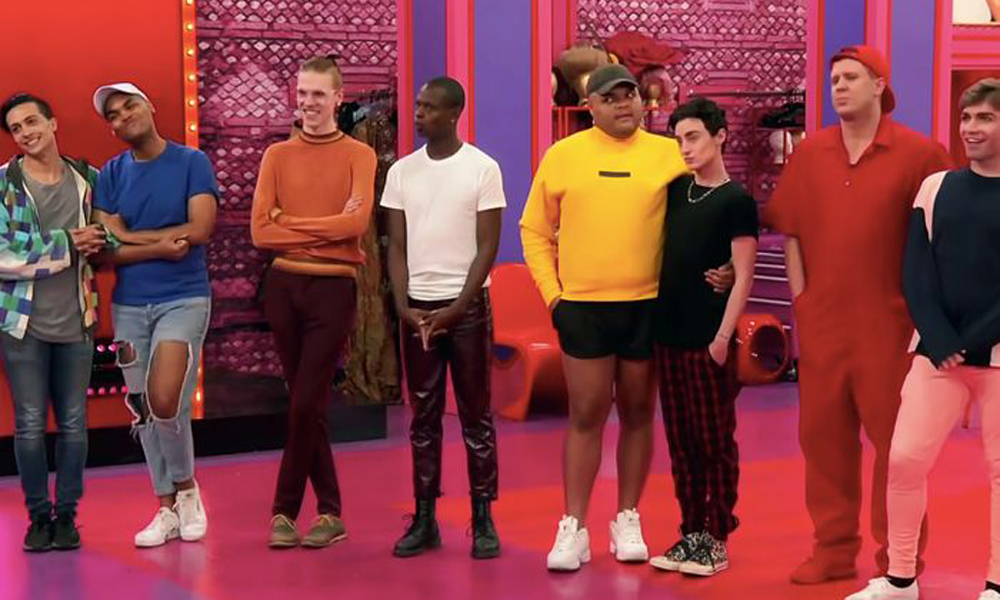 The queens pair up and, make over each other for an iconic maxi challenge…

As we’re just about ready to crown a new queen supreme across the pond, we’ve only just crossed the halfway point of the American race. That being said, things are really starting to feel urgent. This week, we get to see the season 13 queens take on the iconic makeover challenge! This challenge is such a memorable one, which usually includes very special guests for the queens to induct into their drag families. This year because of the pandemic warranted filming restrictions, the queens are making over each other. This should be interesting…let’s get into it!

This week’s episode begins in the work room following Elliott’s elimination after lip syncing against Utica in the bottom. Utica is sad to see Elliott go home, but is grateful for another chance in the competition, and is feeling re-energized after her lip sync. Over on the couches Symone FINALLY gets the recognition for her incredibly moving, and gorgeous runway activism. The queens congratulate Gottmik on winning Snatch Game. Tina is feeling a little sour about being safe again and wants to really step it up this week.

It’s a new day in the work room, and there are eight queens left in the competition. Denali is feeling confident going into this week after being in the top for the past few challenges. Ru’s video mail hints at doppelgängers, which leaves the queens a bit confused. Ru enters the work room to tell the queens they’ll be getting a psychic reading with medium Char Margolis instead of competing in a mini challenge this week. 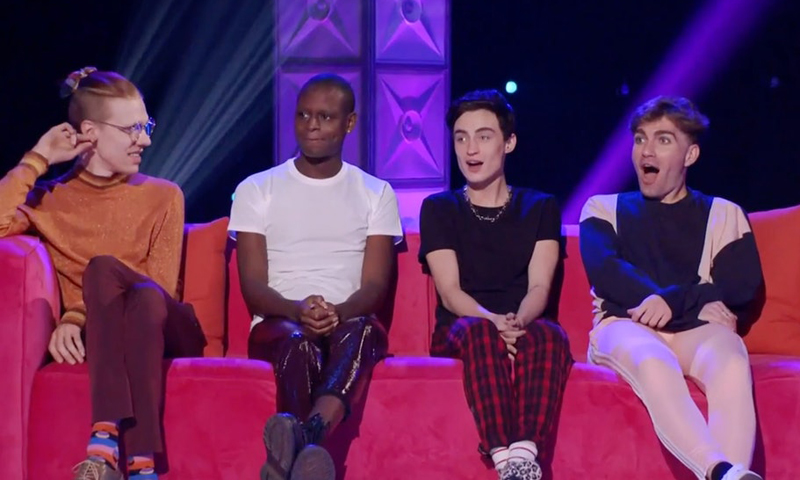 The queens get messages from passed love ones, she spills on who has a crush on who, and Utica gets a message from her childhood cow (I’m not kidding). Based on the readings, Ru and Char pair up the queens that they can each learn the most from. The pairs are as follows, Tina Burner and Rosé, Denali and Olivia, Utica and Symone, with the final pair being Kandy and Gottmik. Ru tells the queens this week’s maxi challenge is one of his favourites. It’s the makeover challenge! Because of pandemic restrictions, and the limited number of people in the work room the queens will be making over each other.

While the queens get to work planning out looks, Denali wants to make Olivia into an ice princess, and Rosé is less than thrilled to be wearing Tina’s clothes. Utica is excited to put Symone into her wearable art which Symone doesn’t really get at first but is excited to embody on the runway. On the other hand, Utica is unsure of wearing Symone’s B.A.P.S inspired look in fear that she might be appropriative, which gives us flashbacks to the squirrel afro wig from Snatch Game. Kandy and Gottmik might have the biggest challenge this week. They’re the only pair with really different body types, which means they have to reconstruct full looks in order to fit each other’s bodies. Ru enters the room for a mid-challenge break chat, we learn that both Kandy and Gottmik are makeup artists, Denali and Olivia both draw inspiration from strong women in their lives, Tina hates the colour pink, and even after Ru’s pep talk, Utica is still unsure of getting into Symone’s drag without offending anyone. Out on the main stage, the queens choreograph their walks down the runway. As Denali and Olivia glide across the stage, Rosé struggles with being too graceful while impersonating Tina. Symone is pleasantly surprised with how quickly Utica picked up her mannerisms, and while Kandy gets Gottmik’s walk down fast, it’s taking Gottmik a while to get Kandy’s “flavour”.

It’s elimination day, and the queens get to work painting each other for the maxi challenge. As they’re getting ready, these “unlikely pairs” get to know each other on a deeper level in hopes that their connection will read on the runway. Out on the main stage Ru introduces our beloved judges, and this week’s special guest Loni Love. The queens take to the runway as each other. All of them look amazing and do a really good job at being each other. 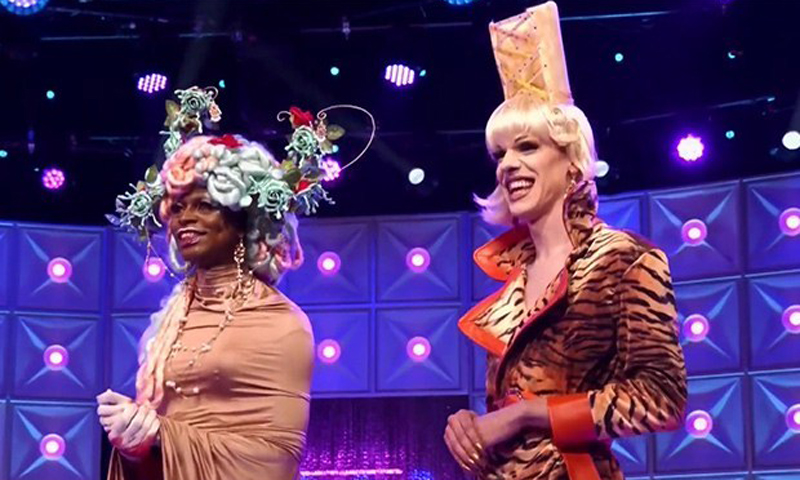 This week the queens are being critiqued in pairs, and first up is Rosé and Tina. The judges thought both of them did a great job at transforming into each other. The judges thought Olivia should have used more of her trademark looks for Denali, like Denali did for Olivia. The judges loved Utica and Symone’s looks, and how they both embodied each other’s energies while still being themselves. Finally, the judges thought Gottmik got Kandy’s runway energy perfectly, as did Kandy with the beautiful look Gottmik put her in. Following the critiques, Ru asks each of the queens who they think should go home tonight and why. Most of the queens say Olivia based solely off of the challenge alone. While everybody quickly states their opinion, Kandy goes off defending the look she put Gottmik in against the one critique she got from a fellow queen.

After the deliberations, Ru announces Symone and Utica are the very well-deserved winners of this week’s challenge! Gottmik, Kandy are the runners up and therefore safe, as well as Tina and Rosé, leaving Denali and Olivia up for elimination. The two bottom queens lip sync to “Shackles (Praise You)” by Mary Mary. After the lip sync Ru decides that Olivia will stay in the competition, while Denali is sent home. Maybe we’ll see her in the Olympics!

Front runners of the week: It feels only right to give this one to Symone and Utica. Here’s to these two finally getting the recognition they deserve!

The most surprising prep for the maxi challenge: “I shaved my ass for this!” – Kandy Muse

What we’ll see next week: The queens create, and market their very own soft drinks, and the race to the top continues to heat up.