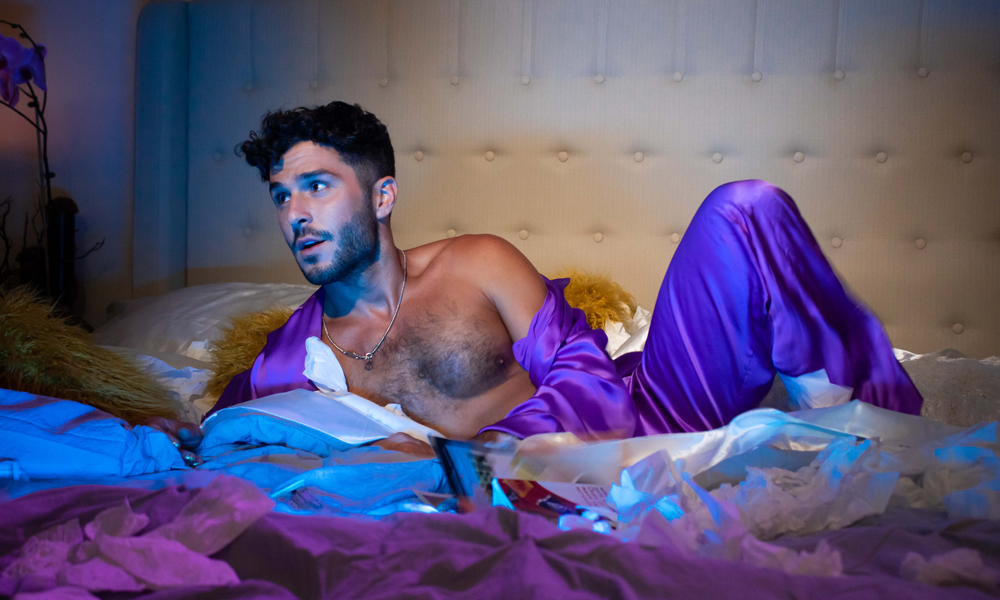 As an artist and performer, John Duff is incredibly versatile. His music is so varied, it would be nearly impossible to fit him into a genre box.

In his personal life, Duff is even more malleable. While he has sexed and dated men for years, he hascome to understand that on a spectrum, he probably falls closer to asexuality, or maybe demi-sexuality, than he does to homosexuality. “It’s complicated, but identity always is,” he explains.

Now let’s discuss the thing on everyone’s mind: how are you single? Seriously, you’re smoking!
(Laughing) Smoking? I’m trying to quit. I don’t know why I’m single! I don’t really think about it; maybe that’s why. I haven’t really been available. There are a few people I flirt with now and again. Romantic friendships? I’m okay with that.

You must be doing something wrong in relationships. So what is it: are you a nag, do you have poor hygiene, are you a total mental case?
What kind of question is this? There’s a big problem when we assume that because an attractive person is single that they are damaged goods. First of all: everyone is damaged. Secondly: I like being a sovereign nation. And to answer your question: I’m an alcoholic, but I’m sober now. And I’m a total psycho, but I’m medicated now. I’ve been in therapy for a few years, and anyone that knows me on a personal level will tell you: I am unafraid to look at myself. I’m a work in progress, as is everyone else. So, I don’t know. I know I am worthy of love. I feel ready. 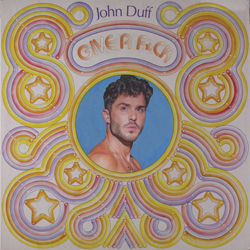 You have said in interviews that you might be asexual. You’ll have to explain that, because I don’t buy it.
Oh honey, it’s deeper and more confusing than that. I’m on a journey, just like you. I’ve been really curious about my sexuality lately. Really confused, but not any sort of crisis. I’m at peace with it.  I feel stunted when I think about women, like I’m a six-year-old. I’m not turned off at all, just immature in that regard. Which adds up, cause six is around when I started getting called ‘gay.’ I didn’t believe a woman could ever love someone like me. And if a woman did, there would have to be something wrong with her. I know that’s not true, now. So, I’m not gay. I’m not bi. I’m not straight. I’m not asexual. I don’t even know anymore. I’m just living. Boxes are stupid.

John, are you bad in bed?
If I had sex right now, I probably would be. But, no, I’m not. Ask any of my exes. I’m a crazy person. You know what they say about crazy people. I think the bedroom is a great place to learn, heal, express and grow. Kinks need to be worked out, you know?

So, what exactly are you looking for in a guy? What would it take for you to give a fuck about a guy?
It’s all about connection. If I had to tell you what I want right now: I think I’d like something people might call ‘heteronormative.’ I don’t want to live in a city. I want family. I want a country song. I’ll probably be a dad in five or six years.

Is your ideal man filthy rich?
I think wealth is an attitude. I’d like someone with a wealth of experience, knowledge, tools. I’d like someone who is actively healing: healing their relationships to their self, their family, the world. If they’re filthy or rich, that’s just a bonus.

Do you want a guy who brings you flowers or is that a cheesy turnoff for you?
I love flowers. I love cheesy. Edgy is overrated. Trust me. I’ve smoked meth and fucked hookers – edgy is exhausting. We’ve been sold a lie that kindness and thoughtfulness are corny. There is a popular narrative of dysfunction equating to passionate love, and it’s not true. If you want to go deeper on this, I’d say that this lie we are being sold probably has to do with the fact that corporations make more money when people are sad, broken and sick. Divorce is a business, lest we forget. So, yeah, I like flowers.

Would you date a guy who wasn’t into your music?
Sometimes I’m not into my own music, so I don’t think that’s a deal breaker. Obviously, I’m not going to date a hater. Objectively, I’m great at what I do, so they have to respect that. Subjectively, it is what it is, so they don’t have to fawn over it.

What about a guy who’s too into your music? Would you worry he is a crazy fan?
I have friends who are fans of mine, and I have friends who don’t even acknowledge what I do. I think the friends who take the time to look at my art are better friends. The ones who don’t acknowledge what I do, I’m not sure what they’re here for. My art is a big part of me. My mind is constantly coming up with new ideas, new songs, new visuals, new personas. It’s fun to be able to talk about that with someone.

There really is no other music artist out there like you, is there? I can’t think of any. Maybe Jake Shears? Adam Lambert?
I get compared to Samantha Mumba constantly. I’m honestly sick of it – we are so different. Other than that, no, I don’t get compared to anyone else, and that’s cool. It definitely is a more challenging path. If I made music that fell in line with other artists, I probably would’ve gotten onto a Spotify editorial playlist by now. But it’s cool, the girls can sleep on me all they want. I’m not going to stop.

CONNOR DAVENPORT is a freelance writer who loves working from home with his puppies on his lap. He was born in Hawaii, raised in Pennsylvania and resides in California. His work has appeared in numerous places in print and online including AXS, Add To Bucket List, Examiner, Leisure, MAAFBox and other websites.