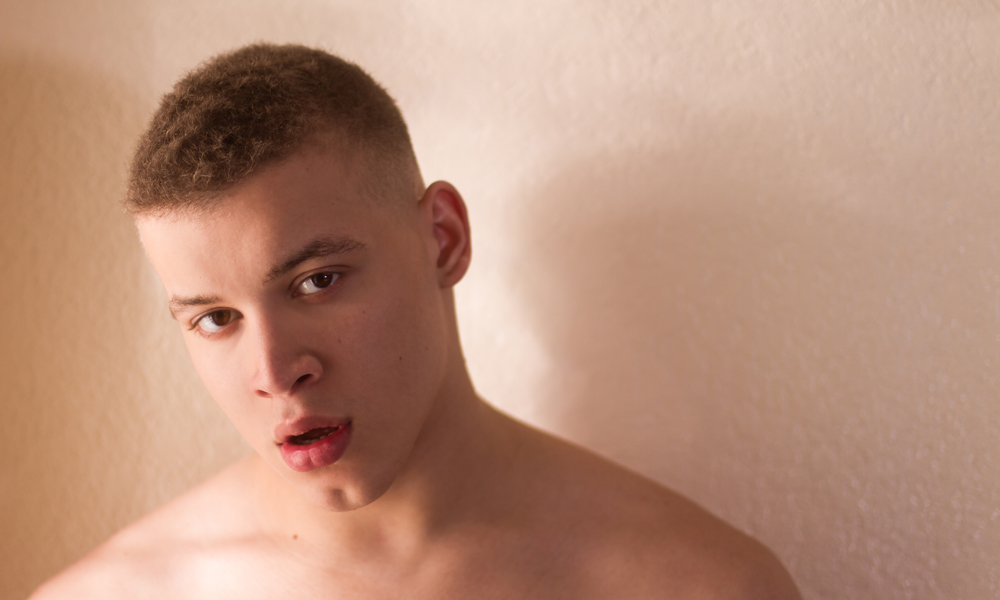 He’s loving the skin he’s in…

“I’ve been called all types of the n-word,” he reflects today.

It might lead some to think Colby wouldn’t be proud of his Black skin. They’d be wrong. Raised by a strong Black mother, he embraces Black culture today, and is celebrating the peaceful protesters who have found their voices and are working to stomp out systemic racism, once and for all.

What does Black Lives Matter mean to you?
BLM means so many things to me. However, I think what it means most is how it has inspired a lot of people to embrace the beauty of being Black. I’ve watched as people have found themselves throughout all of this and I love it.

Does being a public person impact your ability to participate in protests?
My title means nothing to me.

Is there a concern that if you were arrested, your name and your occupation would be splashed all over mainstream media?
I live my life authentically and have done so for a very long time. My family knows about everything I do, so I have nothing to hide. Truthfully, I would so much love to be out there marching for equality. Unfortunately, my partner has lupus and my being out there would put him at a higher risk of getting COVID. I’m doing what I can, though. I’m donating money to bail funds and to Black trans women organizations.

How did you find your way into adult film?
I stumbled into it through a roommate of mine. He opened the doors for me and I took over from there.

Is there a reason you chose to work exclusively with Helix Studios?
Helix made me feel the most comfortable. They took care of me, and valued my opinions and feelings. They have been so great to me over the years. Also, the quality of their films is a cut above the rest.

Is the industry everything you expected it to be?
I didn’t really have expectations going into it. I just did it to do it and then stuck with it.

What is like to be a person of colour in the gay adult business?
There are a lot of stigmas placed on people of colour in the industry. One studio I worked with forced me to cut my hair because of how ‘unkempt’ it was. Helix later encouraged me to grow it back out. That’s actually another reason why I’ve stayed with Helix for so long. They’ve allowed me to be me and not fit into some image the industry wanted me to be.

Do you feel people are finally recognizing the hardships Black people have endured for so long?
I feel like it’s always been recognized, but continuously ignored. Truthfully, I feel like we are making very little progress.

What else needs to be done?
We have to reshape the governments in the USA and Canada. They are systems that are dated, prejudiced, and created for and by white men. Yes, there have been some amendments that have helped achieve rights for people of colour, but it’s not enough. We need to start fresh and create something new.

Will you be voting in the US election this November?
I’m voting and I encourage everyone in the USA to vote. Not only for the president but all elected officials. Also, the electoral college needs to be abolished.

PHIL BESSIMER was born in Seattle, raised in Pennsylvania, and now resides in California. His work has appeared in numerous places in print and online including AXS, Examiner, and more. He is a single parent to three cats, and has also worked as an actor, singer and teacher.