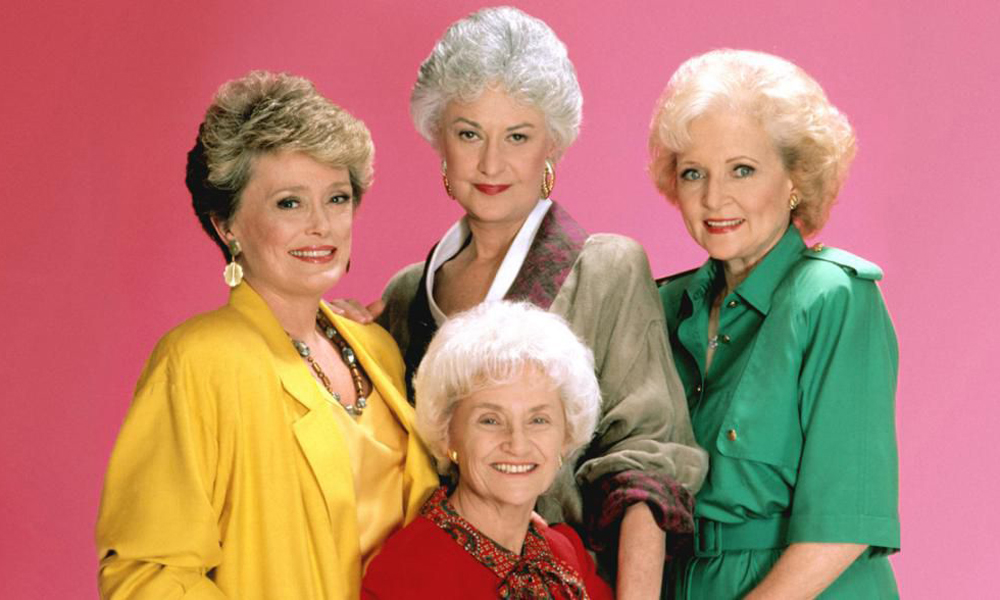 Picture it. September 14, 1985. A ground-breaking sitcom premieres on NBC starring an ensemble of women of a certain age…

The Golden Girls introduced us to Blanche Devereaux, Rose Nylund, Dorothy Zbornak, and Dorothy’s mother, spitfire Sophia Petrillo, all cohabitating in a Miami bungalow. Over the course of the show’s seven seasons, the women, who society would definitely have deemed “past their prime” showed us that wants, needs, desires, and goals have no expiration date as they navigated life, love, loss, and the challenges associated with aging with heart, acerbic wit, timeless wisdom and, of course, a whole lotta cheesecake. Nearly three decades after its final episode aired in 1992, the show continues to not only entertain through reruns, DVDs, and streaming, but in these unprecedented times of uncertainty and unrest, the show is also providing hours and hours of comfort viewing The Golden Girls achieves that rare combination of offering warm fuzzy feelings of nostalgia and familiarity, while also feeling fresh, timely, and relevant thanks to some of its more significant and progressive storylines.

“There are a good deal of great sitcoms from the late ‘80s and early ‘90s that were witty and fun,” says Jim Colucci who literally wrote the book on The Golden Girls called Golden Girls Forever: An Unauthorized Look Behind The Lanai but, he says, “there was something extra about The Golden Girls that was truly ahead of its time and that makes the show still seem so relevant today.” It was the show’s willingness to explore territory other sitcoms wouldn’t and its mission to deliver more than just laughs that set it apart from its contemporaries. “They could mine storylines other shows didn’t dare, and so The Golden Girls wouldn’t always be retreading the same sitcom territory as other shows might have,” says Colucci. “That’s what made them ahead of their time – and actually, that’s one of the things that still holds up today. ”

While a sitcom starring four white heterosexual women didn’t exactly make it a bastion of diversity, the show did tackle its share of social issues. Storylines involving homelessness, AIDS, ageism, racism, addiction, sexual harassment, and homophobia made it into the sitcom’s scripts. “The Golden Girls boldly and unapologetically had its lead characters embrace and accept LGBTQ people,” says Rich Ferraro, the Chief Communications Officer for GLAAD and Executive Producer of the GLAAD Media Awards. “That was a game changer at a time when LGBTQ characters were treated as villains, victims, or stereotypical caricatures or were completely invisible.” The show and the Queer community are forever linked because of it.

“I can’t speak for all Gays, but for me, the show felt genuine from the very start,” says Heklina, a popular California-based drag queen whose Golden Girls drag shows (where she played Dorothy) were a favourite on the local San Francisco scene. “All of the four actresses were geniuses, with amazing comic timing, and all four of them were friends of the gay community.” 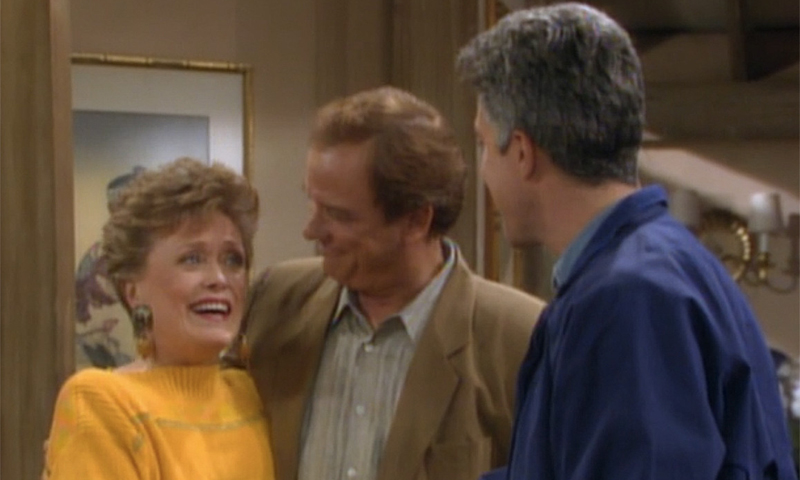 “I have always said that I wanted to write a book called “The Gay Episode,” which would be a roundup of all the sitcom episodes that introduced a never-before-discussed gay character,” says Colucci. “The best shows of the ’70s and ’80s would just do that one episode…it would go precisely like this: our protagonist is awaiting a visit from a long-lost best friend; friend shows up and comes out; our protagonist does some soul-searching and deals with his own homophobia, and then our hero vows to the gay friend, “I’ll always love you, no matter what,” and there’s a hug.  And then we never hear from that visiting homo again.” The “Sister of the Bride” episode wasn’t the first time audiences had met Clayton who originally appeared in the show’s fourth season in 1988. “Here’s where The Golden Girls was again, special,” explains Colucci. “Yes, Clayton showed up and there was that typical ‘coming out/I’ll always love you no matter what’ episode, but the difference is, then he came back. With a fiancé whom he wanted to marry.”

While Blanche expressed acceptance for Clayton years earlier, she is decidedly less enthusiastic about his plans to marry Doug. “This is a great episode,” says Heklina, “Blanche gets to look head-on at her own homophobia.” At one point, Blanche, who has positioned herself as a victim in the scenario, turns to Sophia saying, “I can accept the fact that he’s gay. But why does he have to slip a ring on this man’s finger so the whole world will know?” Sophia, never one to mince words, doesn’t indulge Blanche, “Why did you marry George?” she asks, referring to Blanche’s dearly departed husband. “We loved each other,” Blanche explains. “We wanted to make a lifetime commitment and we wanted everyone to know.” Without missing a beat, Sophia responds, “That’s what Doug and Clayton want, too. Everyone wants someone to grow old with. Shouldn’t everyone have that chance?” The fact that it’s Sophia, an octogenarian and the eldest of the women, advocating for the acceptance of the union, proves being old and from a different era aren’t valid excuses for being homophobic. “Sophia’s famous words in favour of marriage equality likely got a lot of other allies, or people who were not allies, to be more open to the idea at a time when LGBTQ people were being villainized in the news and other forms of media,” says Ferraro.

Marc Cherry, who co-wrote “Sister of the Bride” reminisced about the episode in a recent Instagram live interview with Queer Eye star and Golden Girls superfan Jonathan Van Ness. “The idea of doing something about gay marriage was something that (cowriter) Jamie (Wooten) and I – we knew some couples who had their version of a gay wedding, back then it was not a legal ceremony, it was symbolic – but we knew of gay couples who had done it so we wanted to broach that subject.” In 1991, one, maybe two other TV shows had storylines involving marriage equality. “After we wrote the episode, Jamie and I got death threats,” explained Cherry during the IG live. “It’s a reminder of what, we thought would just be a cool idea, was kind of controversial in its day.” Cherry, who went on to create Desperate Housewives, still cites the episode of one his proudest career accomplishments, telling Van Ness, “sometimes you lose sight, when you work in television, that your simple message will go out to millions of people and some will hate it, some will want to send death threats, but there are other people who will be affected by it and see the beauty and the truth of it and you may change some minds just ever so slightly and that’s the beauty of being on The Golden Girls.” GLAAD’s Ferraro agrees, “The Golden Girls’ success no doubt sped up the television industry’s evolution of including LGBTQ characters and stories in more fair and accurate ways, ” he adds. “It’s all about the power and impact of the media.” 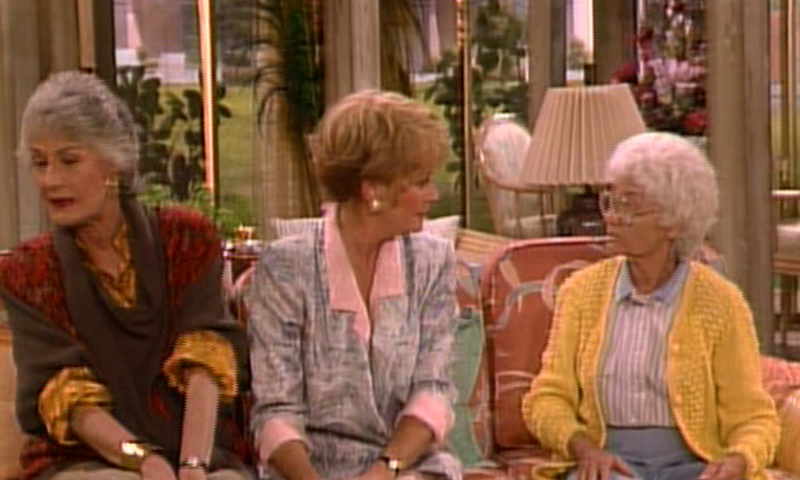 Years before the Clayton storyline, an episode during the show’s second season in 1986 introduces us to Dorothy’s friend Jean, a lesbian who, during her visit to Miami, develops a crush on Rose. Hilariously, Blanche, who first confuses being a lesbian for being Lebanese, is insulted that Jean has a crush on Rose and not her. Once again, it’s Sophia who breaks it down for the audience in the simplest of terms. “Jean is a nice person. She happens to like girls instead of guys,” she explains, “Some people like cats instead of dogs. Frankly, I’d rather live with a lesbian than a cat. Unless a lesbian sheds, that I don’t like.” Even though we love cats, it’s hard to argue with Sophia. “This episode had the perfect ending,” says Heklina, “with Rose and Jean hugging it out and deciding to be friends, and the other three women in the house dealing with it matter-of-factly, even Blanche after she realized the difference between Lesbian and Lebanese.”

The women’s support for the gay community wasn’t just limited to the screen, either, with their allyship extending offscreen as well. “Each of the lead actresses was so supportive of LGBTQ people off-screen and after the show ended,” explains Ferraro. “Estelle Getty appeared at HIV/AIDS events and also originated the iconic role of Ma in Harvey Fierstein’s Torch Song Trilogy. Betty White, Bea Arthur, and Rue McClanahan all appeared at the GLAAD Media Awards and other LGBTQ events throughout the years, with White making a famous proclamation in support of marriage equality in 2013. Bea Arthur will also long be remembered for leaving hundreds of thousands of dollars to New York’s Ali Forney Center to create the Bea Arthur Residence for homeless LGBTQ youth.”

Unfortunately, one of the reasons The Golden Girls still feels so timely and relevant in present day, is many of the societal issues featured in its storylines still exist. “We are still dealing with the same issues today, without much progress,” says Colucci, “and so most of these The Golden Girls episodes feel like they could be brand new for the 2019-20 TV season.”

It’s fun to imagine how Rose, Dorothy, Blanche, and Sophia would have dealt with the COVID-19 pandemic. Would freshly baked banana bread have replaced store-bought cheesecake? Would a toilet paper shortage see the girls fighting over who could spare a square? Would Blanche be going through withdrawals during the closure of her beloved Rusty Anchor and having to stay socially distanced from the many men of her boudoir? Would one or two of the women be dealing with the anxiety because of financial insecurity? Would Dorothy be contemplating retirement over risking her health by going back to work at a school? Would Sophia be coping with the loss of friends who succumbed to the virus while living in a nursing home? We’ll never know, but at least we have the show’s existing seven seasons to wrap us in a blanket of familiarity and fun. On the 35th anniversary of the show’s landmark premiere, to Blanche, Rose, Dorothy, and Sophia we can only say, “thank you for being a friend.” 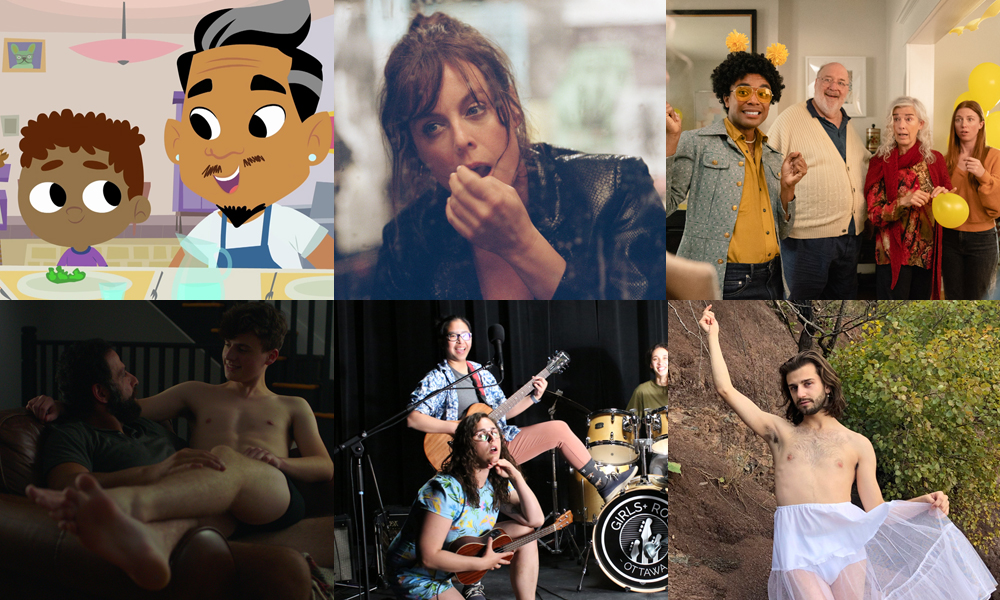 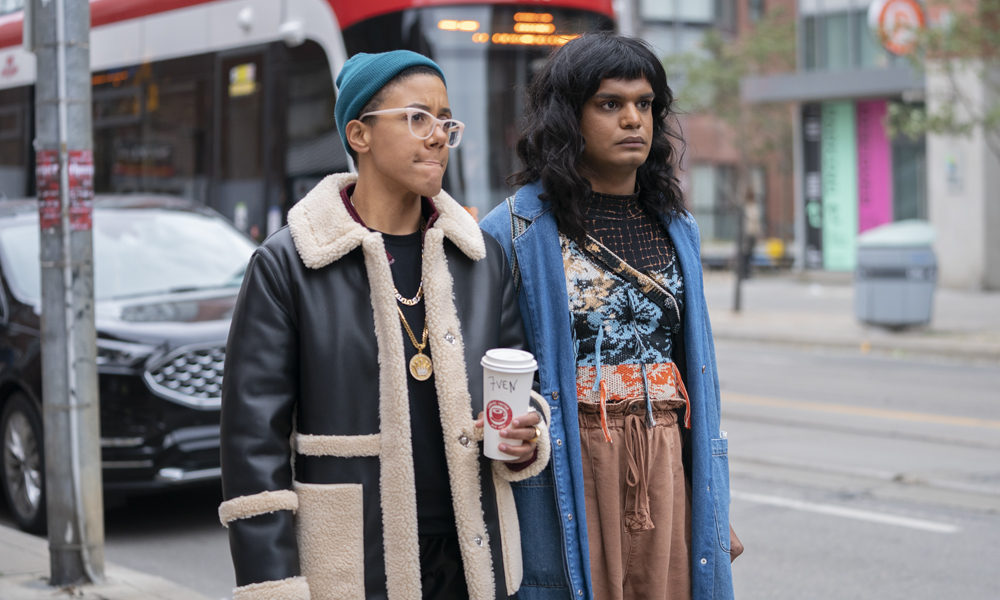 Watch The Trailer For Bilal Baig’s Groundbreaking Series ‘Sort Of’ 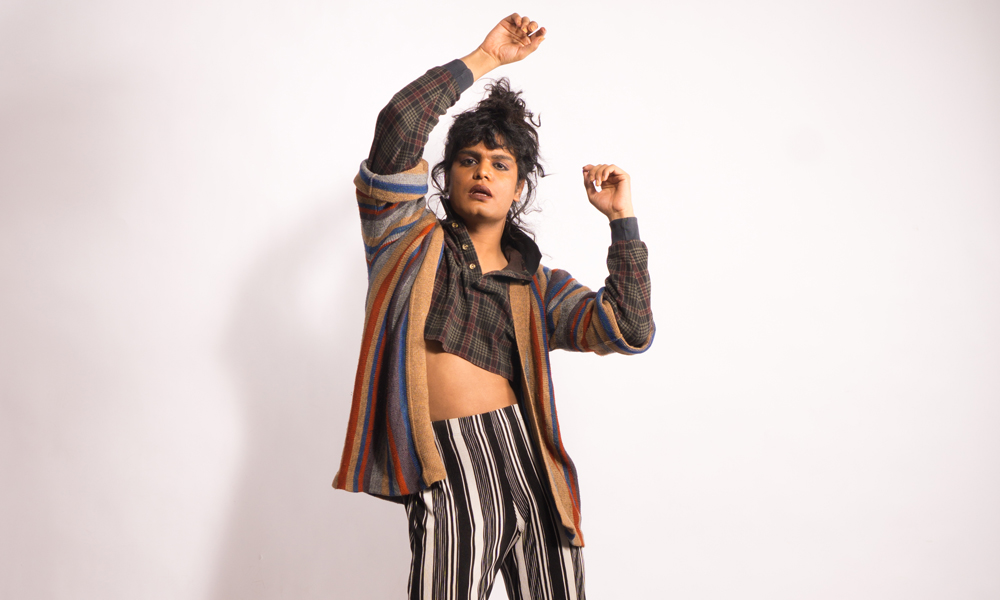