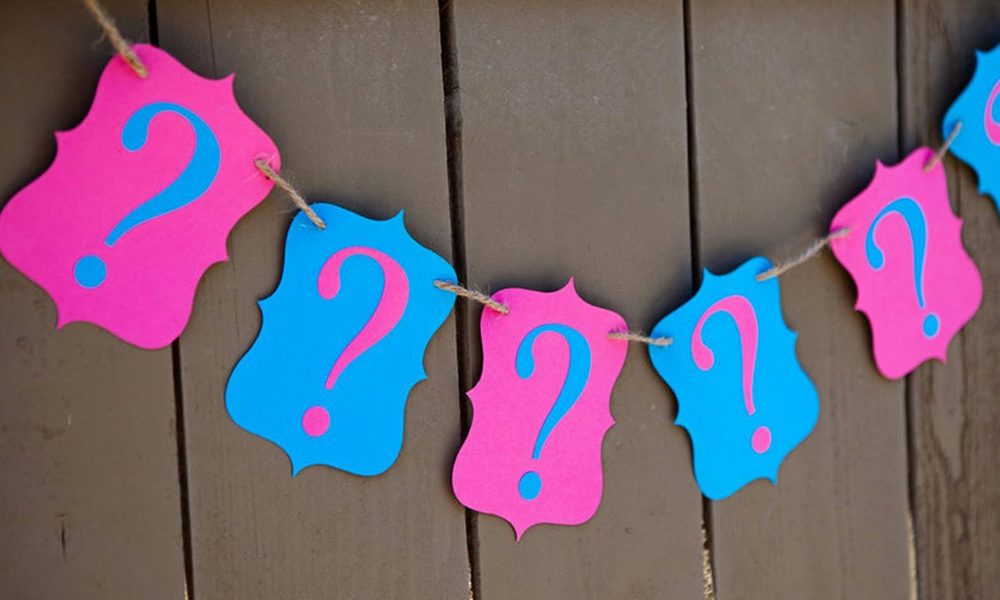 The first time I saw a gender reveal party, I remember thinking, “What the actual fuck is happening? People are celebrating and assigning a gender to a child before it’s even BORN?” This is a completely new level of cisnormative control and destruction on so many levels. We’ve now seen heartbreaking fires just recently in California caused by gender reveal parties. But also, quite frankly, it’s rather insulting to the LGBTQIA+ community, that people are pushing gender roles before the kid is born!  I mean, good lord, let the poor child have a breath of real air first before it has to conform!

Let me start with a person’s gender is NOT defined by genitals. Sex and gender are two different things, both of which are socially constructed ideas based on a cisnormative culture. Moreover, gender is something people determine for themselves as they grow. It’s a spectrum and it’s important to honor that. People can be genderqueer, two-spirit, bigender, agender, transgender, nonbinary etc. In fact on almost every continent for ages, gender has been recognized in a multitude of ways, not just the duality of ‘female/male’, ‘gay/straight’ or ‘man/woman’.

I personally consider myself a cisgender woman. I’m also 53 years old. If I was younger, I’m pretty sure I’d identify as non-binary because that’s probably more accurate to how I’ve felt and identified; we just didn’t have the language when I was coming up. I might even argue that on some level everyone is non-binary or exists in various places on the spectrum. No one can actually fit 100% into the box of either female or male characteristics. Which makes sense because the construct itself is made up. In many cultures outside of the U.S., gender isn’t predetermined or limited. The Bugis of Indonesia have always identified five genders and the Fa’afafine of Samoa, the Muxes of Mexico or the Sekratas of Madagascar, all have three genders.

We are so stuck in this idea of duality based on a cisnormativecolonial culture we’ve all been fed, and forget it isn’t real. You know when you walk through a store and see a “boy” and “girl” aisle dominated by either pink or blue colors? Yeah that’s made up too. Until WWI, babies were dressed in gender-neutral white until the age of six. The idea that boys should be blue and girls pink is a construct from the early 1900’s. It was retail manufactures in the 1940’s that decided which color to assign to each gender.

“The generally accepted rule is pink for the boys, and blue for the girls. The reason is that pink, being a more decided and stronger color, is more suitable for the boy, while blue, which is more delicate and dainty, is prettier for the girl.” – Earnshaw’s Infants’ Department.

Yes, old white men decided what colors our kids should like and wear. Totally makes sense.

The truth is, transgender people in particular already have to deal with so much discrimination and violence in this culture. Reinforcing binary cisnormative gender roles for them in these gender reveal parties, even before the birth, only adds to the oppressive restrictions and pain they are sure to face.

The reveal parties have also caused unbelievable damage to our environment in other ways. Often there’s a crazy explosion that shoots out pink or blue smoke. Problem is, it’s a fucking explosion. Explosions that cause wildfires. A gender reveal party California just a few weeks ago has burned over 7,000 acres. In April, 2020, there was a ten-acre fire in Florida from gender reveal party.  And in 2017 a reveal party explosion caused a fire in Arizona that burned 47,000 acres! There was even a grandmother in Iowa who died when a piece of pipe from a gender reveal bomb hit her. Seriously people, enough.

These reveal parties just need to go. There are so many other ways to celebrate a new life coming into this world besides immediately assigning them a gender based on our culture’s narrow views. In having these parties, you are possibly setting your child up for unnecessary struggles and confusion. Trust me; there is already plenty of homophobia and transphobia they’ll have to deal with, without any additional help from you and your gender reveal party. Not to mention the fires and utter destruction they bring to our environment. Let it go. Maybe focus on the excitement of new life, the joys ahead, fantastic adventures they’ll have and the love they’re going to bring to the world.  Stop focusing on whether they have a penis or vagina, and maybe just focus on the joy of having a happy, healthy baby.

RELATED ARTICLES BY SHALEY HOWARD:
– Opinion: Our Stories Matter
– Opinion: Where Are All The Butches?
– Straight Pride Parade: It’s Not Exactly A Laughing Matter

I have sympathy for the woman who invented gender reveal parties – she had her gender reveal party because she’d suffered through several miscarriages, and this was the first pregnancy that had gone on long enough for the infant to show visible sexual differentiation. That’s worthy of celebration, for sure.

But it’s become just another way to push gender roles earlier and earlier. It used to be that gendered newborn clothes had limited sales, because most people were buying clothes for that age group before knowing what genitals they had. Which means that parents of multiple children were more likely to reuse baby clothes with a second child who’s a different AGAB. Marketers would rather parent buy new clothes, new toys, etc for their second child instead of giving them hand-me-downs, because that leads to more money for them. So they’ve been pushing more and more gendering of children’s products so parents are more likely to buy separate products for their daughter vs their son.

Why is it always when the corporations get involved that everything gets bad?