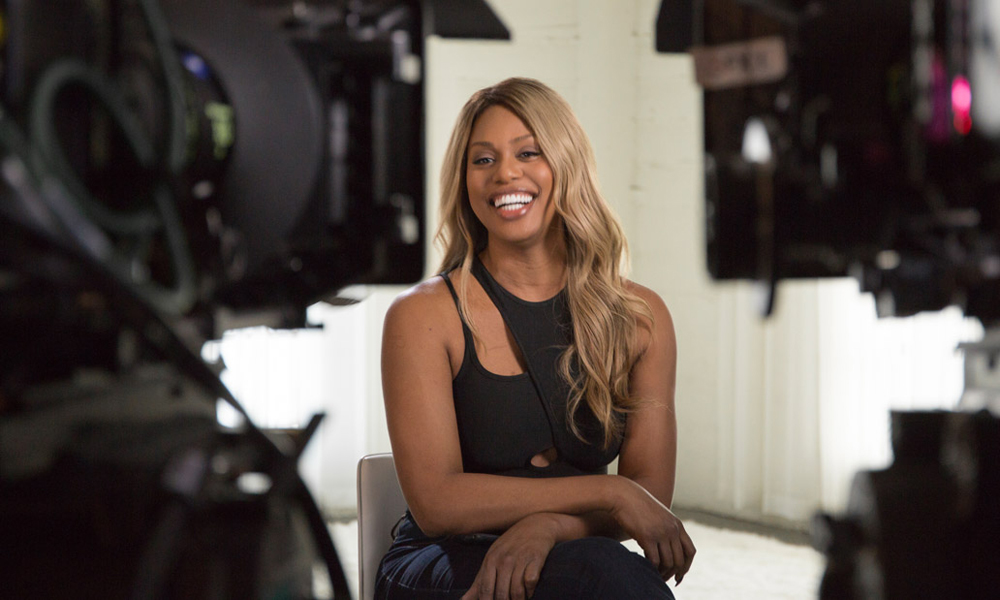 We dig into the progression of trans characters in movies and TV, and how they’ve changed from being comedic punchlines, to victims, to main characters…

When Lieutenant Lois Einhorn’s true identity as a trans woman is revealed at the end of 1994’s Ace Ventura: Pet Detective, all of the characters start a chain of puking out of shock and disgust. The movie is 26 years old, but this scene has stuck with the transgender people who witnessed Jim Carrey trying to “cleanse” the memory of being intimate with her by suctioning off his mouth with a toilet plunger – as if using a toilet plunger on his mouth was somehow a solution to finding out he had kissed somebody who happens to be transgender.

Netflix’s groundbreaking documentary Disclosure: Trans Lives on Screen discusses this scene and many others that have contributed to the narrative that transgender storylines tended to follow in movies and television. It hasn’t been until recently that we’ve seen a shift in how stories of transgender characters are portrayed, and how their stories are told. Trans characters are finally main characters on television, and they’re played by trans actors, and we should talk about that.

When FX’s Pose premiered in the summer of 2018, people instantly knew it was different from anything else they had ever seen before. The show, in case you need a reminder, is about the ballroom scene in New York City in the 1980s and 1990s. Aside from serving up absolutely stunning vintage looks every week, Pose also does something that television shows and movies had previously shied away from. Their show is full of queer, transgender and non-binary characters who are played by queer, transgender and non-binary actors. It doesn’t stop there either. The show is produced and sometimes written by trans women Janet Mock and Our Lady J.

Shows like Pose and Orange Is the New Black have shown that trans stories are multidimensional. The fact that a character is transgender is an aspect of the storyline, but their journey through episodes also goes deeper than the fact that they are transgender. For years we saw drag queens playing characters on various Law & Order episodes who were, for the most part, sex workers who were usually killed in horrible gruesome ways. If they weren’t in that situation, there was also the stereotypical patient on medical shows who was in critical health and dying, usually due to some complication having to do with their transition. These characters, often with single-episode story arcs, provided viewers with a very surface level portrayal of bigger issues. They usually didn’t go much further with the fact that cases like these aren’t anomalies – and there’s a much bigger conversation we need to have about why that continues to happen.

Some could argue that roles like these nonetheless played a part in getting to where we are today, and that trans people were still being represented on a prime-time television show. However, these roles need to be acknowledged as problematic for their storylines, and for what they ultimately contributed to the narrative of transgender and non-binary storylines in popular culture. Giving trans and non-binary people the space to tell their own stories is long overdue, and when we finally got to see storylines that trans people had a hand in shaping, we got entirely different characters, stories and dialogue.

When Orange Is the New Black premiered on Netflix back in the summer of 2013, Laverne Cox starred as trans inmate Sophia Burset. Her arc through the show’s run mentioned her transition from time to time, but it wasn’t the only aspect of her character that the show focused on. The same can be said for Hunter Schafer’s groundbreaking role as Jules in HBO’s Euphoria. Jules’ origin episode on the show told the story of her character pre-transition, being mistreated, and exiled by family members. It followed up to her current self, still dealing with a unique set of issues. Orange’s Sophia and Euphoria’s Jules both have depth, development and unique plotlines that drive their stories forward. Both Orange and Euphoria are progressive shows that include a trans character, as well as other queer characters with unique stories.

Pose takes it a step further. The whole show is centred around the ballroom scene in 1980s/1990s New York City, and the trials and tribulations that many of the queens and trans women experienced in this time. While its time setting isn’t exactly current, the storylines are more innovative than shows we’ve previously seen. It’s entertainment, but it’s also a jumping-off point for a lot of younger LGBTQ+ viewers to learn about the history of ballroom culture that was the blueprint for the drag culture, and slang terms that are currently at the forefront of popular culture. As well, it gives the show’s younger viewers a glimpse into the kinds of lives trans people lived, and the adversity they faced not only in society as a whole, but even within their own communities.

The main cast of Pose is mostly made up of trans actresses and trans non-binary actors. MJ Rodriguez, Angelica Ross, Dominique Jackson and Indya Moore continue the conversation beyond their scripts. They are constantly highlighting other trans stories and artists, and share information about the staggering number of Black trans women who continue to be killed. The show is set 30 years ago, but it remains connected to issues the transgender and non-binary community continues to deal with to this day. The second season included a multiple-episode storyline after Angelica Ross’s Candy Ferocity was murdered. These episodes dug deeper than we had previously seen in trans storylines. Candy left behind a family, friends and a legacy. She was more than a body that detectives stood over in the first five minutes of a murder mystery show.

Ace Ventura was an absurd character in an over-the-top comedy movie. Jim Carrey recently admitted that he had some regret over the transphobic scenes in Ace Ventura, saying that if the movie were being made today, the same scene probably wouldn’t have been included in the movie. But Lois Einhorn’s final scene was still the first time some people saw a trans character in popular media, and everyone’s instinctual reaction in the movie was to puke. Which, in turn, was supposed to make the audience laugh.

Shows like Pose, Orange Is the New Black and Euphoria have taken steps in the right direction to diversify their casts and storylines. Because of the trans people behind the scenes writing, producing and directing the stories, and the trans actors playing trans characters, we are seeing a shift in the types of stories being told. Not only are we getting more genuine storylines, but the characters are multidimensional, and they are at the centre of some of the most important and moving plotlines in the show. Hopefully we will continue to see more trans stories, played by trans actors, on popular shows.

Trans storylines are powerful and deserve more than to be a punchline to a joke. Disclosure proved that when these extraordinary characters are written by trans writers, and played by trans actors, these stories go much deeper, and are part of a bigger narrative that demands and deserves our attention.