Skip to Content
Home / Latest / Pride Should Celebrate The Rainbow 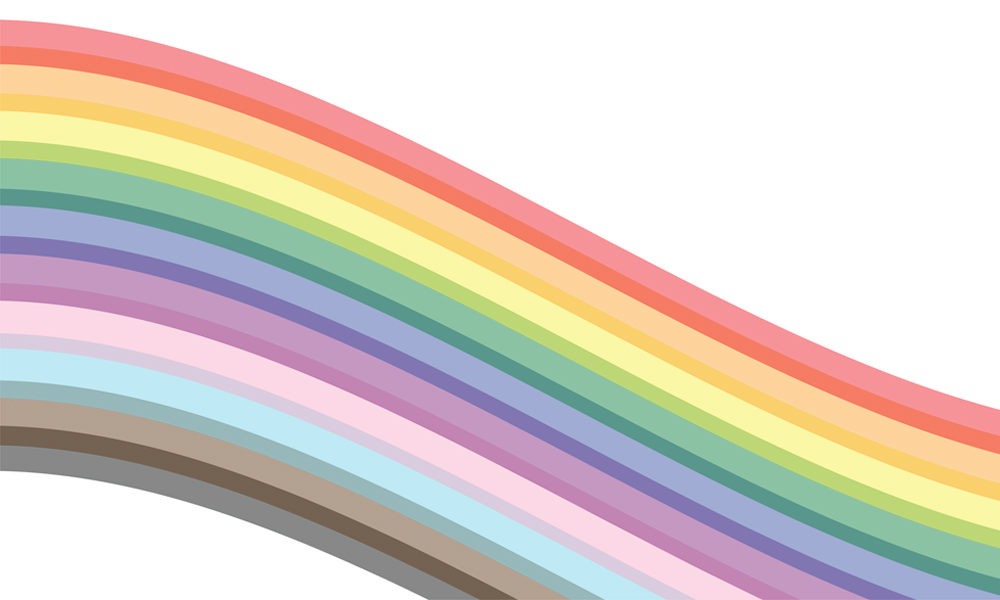 Let’s not forget that Pride is inherently political, and so is race. If we say we celebrate diversity, let’s mean what we say…

Pride season for many Canadians, is a time – to borrow the parlance from a song about another season – to be merry and bright. So, when Black Lives Matter blocked the Toronto Pride Parade in 2016, they were supported by some, but seen as party-poopers by others who were simply out for a good time. Ditto for the protestors from Queers Against Israeli Apartheid a few years before that.

There’s a common refrain from the white cis spectrum of the LGB rainbow – “I understand their point, but it’s not the right time or place.” “Why can’t they protest some other way?” “They should block their own parade!”

What these people forget is that Pride is inherently political (Stonewall wasn’t exactly a tea party, after all), and so is race. As political activist and academic Angela Davis pointed out, “In a racist society, it is not good enough to be non-racist, we must be anti-racist.” It’s a narrow distinction, but an important one, made by seemingly every other news story across the globe these days. What Davis means is that it is not enough to simply not make racist jokes or harbour racist thoughts – a person must actively seek to be anti-racist by calling out others’ (and their own) racist behaviour.

The Ontario Human Rights Commission defines a person who is anti-racist as someone who a) identifies, isolates and challenges racism; b) challenges beliefs that foster racism; c) uses direct action at personal and institutional levels; and d) creates and implements actions to fight racism for individuals and within an organization or workforce.

At the time of writing this, there are riots happening in the United States in reaction to George Floyd’s death at the hands of a police officer as well as the countless deaths of Black people thanks to police officers. As Canadians, it’s very easy to look at the blatant and very overt shows of racism south of the border and think, “We’re not like that here!” But that is a mistake – just to give one example, concurrent with the protests in the States, Torontonians were marching in droves to protest the death of Regis Korchinski-Paquet, who fell from her High Park highrise during an interaction with Toronto Police.

Indeed, racism is alive and well here in Canada as well, even in the queer community, and even during Pride season, a time many white cis LGB people view as the ultimate in queer togetherness. Think of 2016’s Toronto Pride slogan: “You Can Sit With Us.”

The book Marvellous Grounds: Queer of Colour Histories of Toronto has a chapter about arts-based organizing by Aemilius “Milo” Ramirez, a drag king/gender performance artist, that details their time in the early 2000s as a performer at clubs on Church Street. They say that “more often than not,” shows at early 2000s Church Street mainstays like Crews & Tangos, Zelda’s and George’s Play “represented white narratives, along with messages of misogyny, transphobia, transmisogyny, ableism, classism, and of course racism for good measure.”

“But that was so long ago!” That’s another plaint white cis LGB people exclaim when people of colour explain the history of racism in the queer community. If the past decade counts as ancient history, woe to the aged twink who remembers nights at 5ive. Remember in 2013, when one Toronto queen was fired after her performance in blackface? She dressed as Miss Cleo, the telephone psychic from the ’90s, with full blackface. Or in 2012, when another queen performed in a burka, bindi and a set of bombs attached to her stomach? The 2010s weren’t exactly the Mad Men era.

Ramirez’s chapter goes on to say, “As a trans person of colour, Church Street has always felt devastating to me in big ways.” They discuss how management at Crews & Tangos, in 2005, didn’t want a DJ friend of theirs playing hip-hop, reggaetón, soca or reggae, as that style of music had been bringing in “the wrong clientele.”

Pride Toronto, in 2016, apologized for its historic role in contributing to racism in the queer community. “Pride Toronto wants to begin by apologizing emphatically and unreservedly for its role in deepening the divisions in our community, for a history of anti-blackness and repeated marginalization of the marginalized within our community that our organization has continued,” the organization said, in part. It also vowed to disallow uniformed police (a group that has been antagonistic to queers and especially queers of colour) from marching in the parade, although it reversed this decision in 2018 (the motion was later reversed again, after a vote from members). What’s more, Pride Toronto had to issue another apology last Pride when its land acknowledgement was called out for erasing Indigenous people and failing to properly acknowledge their traditional territory.

Kim Chi, from Season 8 of RuPaul’s Drag Race, famously brought a heinous Grindr saying to the public zeitgeist: “No fats, no femmes, no Asians.” It’s a variation of other equally hideous sayings that bubble up on the apps like “No rice, no spice, no chocolate, no curry” or the perhaps most insidious version: “It’s just a preference.” When queers of colour feel rejected before they even say a word, it’s very psychically damaging.

Racism can feel even more systemic for queers at Pride when the very institutions they are meant to hold most dear (gay villages, gay bars, gay people, gay establishments) can exhibit the very same racism the world throws at them. It feels like a particularly vicious stab in the back coming from these places. Or, to quote Ramirez, “[W]hat a night on Church Street feels like for me would be, if you had a backpack and you could physically collect all the oppressive experiences you encountered or went up against just in that one night in the village, you would leave with your back aching because you had to carry all of that home with you; and you did carry all of it home.”

One of the best things you can do to make the community (and world!) a better place is to educate yourself. Read works by BIPOC (Black, Indigenous and People of Colour) authors, and amplify their voices without adding your own. Don’t go to a BIPOC and ask them questions that are easily Googleable – no one likes being (or is) the Encyclopedia Britannica of their race. If you’re able, donate money to a BIPOC organization that helps the queer community. Check out exciting parties (even on Zoom!) like New Ho Queen or events put on by Toronto’s The Rude Collective. Be open to people challenging your notions and thank them for doing so. And remember that queer BIPOC people are not a monolith – one person’s experience will not always be the same as someone else’s, so don’t paint them all with the same brush.

This year, celebrate Pride by celebrating the diversity of our community and by lifting up and donating to a broad range of voices and people. They say the best time to plant a tree was 20 years ago. The second-best time is now. Contrary to some people’s belief, it is the right time and place.