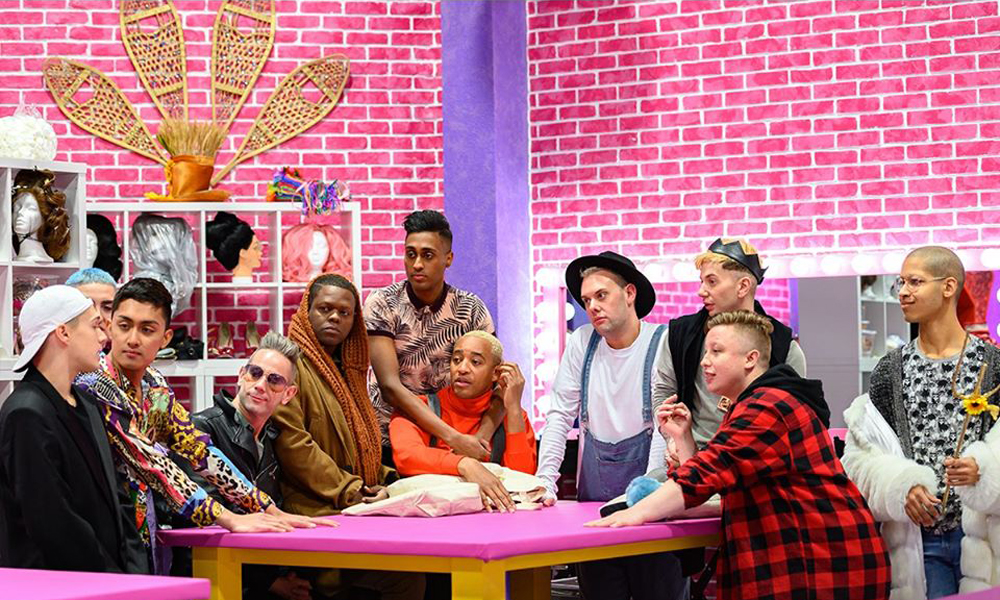 Last week we were introduced to the 12 queens representing Canada’s true, north, strong and fierce. Our little drag show has been so well received by both Canadian Drag Race fans, and drag fans around the world, with even some of our favourite Ru Girls cheering on our Canadian queens! Feirce! Last week we sadly said goodbye to Toronto queen Juice Boxx, but she’s currently living it up with Queer Eye’s Antoni Porowski via tweet exchanges, so who is the real winner here? This week we’re seeing the remaining 11 queens take on the iconic Canadian Heritage Minutes! Let’s get into it!

Our second episode starts in the werk room following Juice Boxx’s elimination. The remaining queens read her mirror message, and Lemon is feeling grateful to still be here. The queens agree that they were so proud of the way Juice fought until the end,and congratulate Rita on her win last week. Kyne however, is still in denial and believes she should have won the challenge. It’s a new day in the werk room, and it doesn’t take long before Ru appears on a video message and talks a lot about changing history. Brooke enters the room and tells the queens they’ve got to be on point, or… pointe? Because the pit crew brings in a ballet barre, and this week’s mini challenge. The queens have 20 minutes to get into ballerina quick drag so they can audition for a role in the Nutsmacker. One by one, the queens show their best ballet shablams. The winners of the mini challenge are BOA, and Anastarzia. Brooke then tells the queens that for this week’s maxi challenge they will be split into two teams, and over-acting in spoofs of the popular Canadian Heritage Moments that we all hold so dear to our hearts. 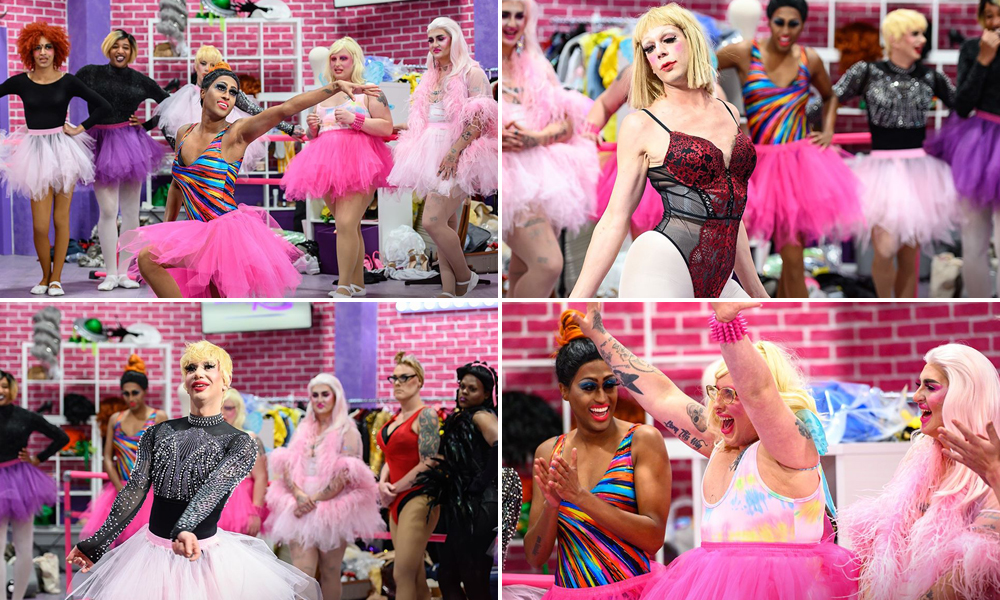 As the winners of this week’s mini challenge, Boa and Anastarzia will get to be team leaders, and pick their groups. Team Boa will be performing the Muffragettes scene, while Team Anastarzia will be performing Burnt Tuck. As the queens get to reading through their scenes, and assigning roles, Brooke Lynn appears to do a work room walk-about. Right away, she brings up Kyne’s behavior on the runway last week, and just as we thought Kyne was maybe turning a new page, she decided she wouldn’t, and it was awkward. Over at team Anastarzia, Brooke brings up Tynomi’s nerves last week, but there are a lot of actors on this team, so I think they might have the advantage with this one. First to film their scene with Jeffrey, is Boa and the Muffragettes. Boa is nervous about forgetting her lines, and it’s unfortunately showing. The rest of the queens are doing a pretty good job, but Boa just can’t get the lines right. Team Anastarzia is off to a bold, and strong start with Kiara, but Tynomi’s can’t shake her nerves either. I’m sure we’ll get a good end product, but I think we can all tell who might be in the bottom this week. 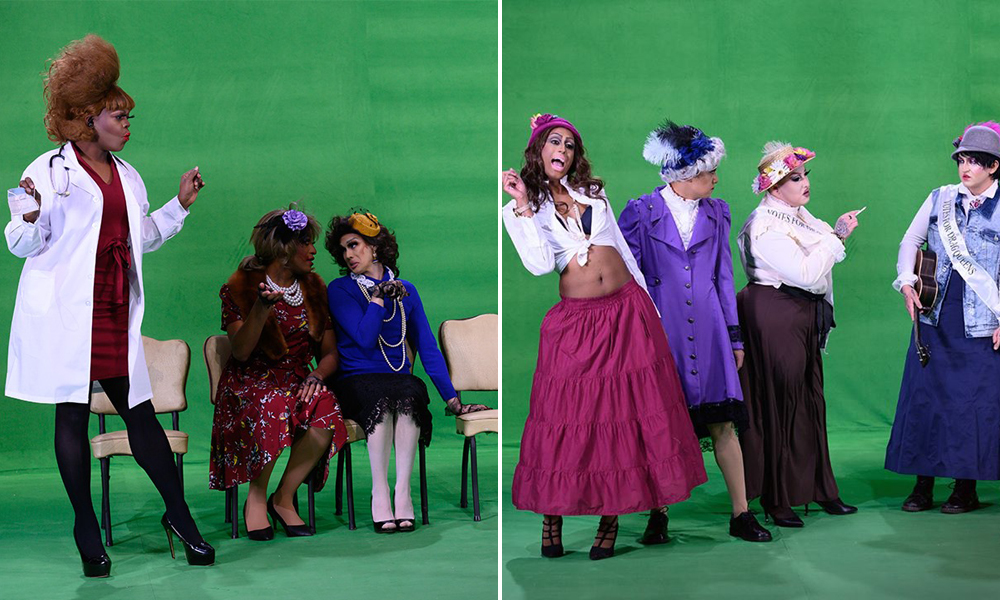 It’s elimination day, and this weeks category is “not my first time in drag”. The queens are recreating their first drag looks for the judges, and this week’s guest host, actor Jade Hassouné. As the queens get ready for the runway, they get talking about what it was like the first time they were in drag. A conversation about parental support between Lemon and BOA on one side of the room, and on the other, Anastarzia tells the queens about the time she was targeted and shot on her own property for being a drag queen in the Bahamas. This would lead to Anastarzia seeking asylum and moving to Canada. It’s a heartbreaking story that serves as a reminder that while we are fortunate to live in this beautiful country, this is still very much a reality for a lot of people around the world, and even in Canada too. 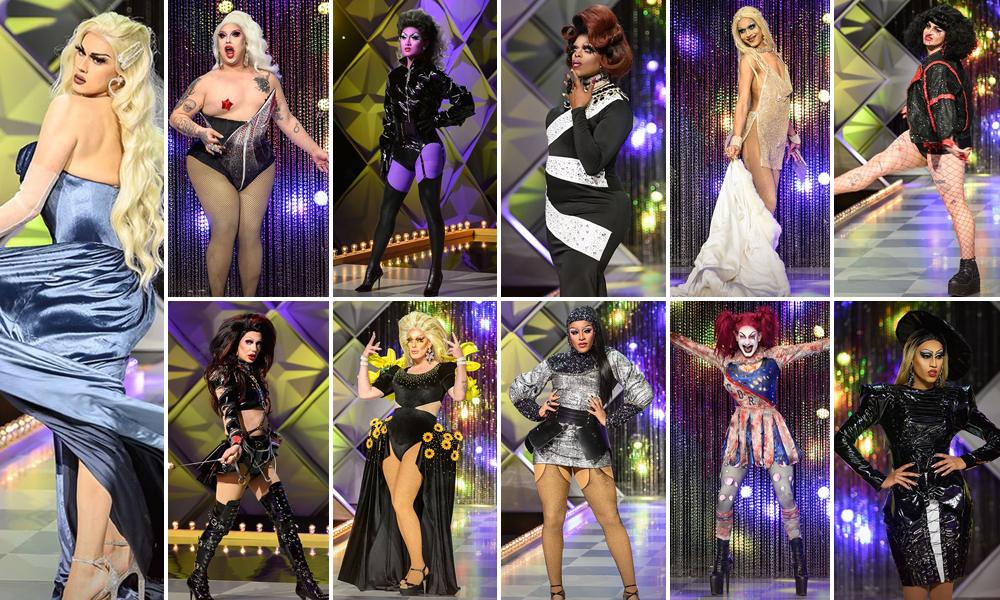 Out on the runway the judges, and this week’s guest host take their seats as the queens show us their remixed versions of their first time in drag. This runway was really fun, all of the queens looked stunning walking next to photos of themselves their first time ever in drag. It’s so amazing to see how far all of these queens have come. Scarlett BoBo is officially the first queen on the runway ever to swallow fire. I’m not going to lie. It was pretty lit. Following the runway, it’s time to watch the Her-Itage moments. First up is team BOA and the Muffragettes. It was pretty good. Everybody on the team had strong characters, but BOA did get lost in her lines. Next is Team Anastarzia and the scent of burnt tuck. This production had its golden moments, but It’s obvious Tynomi struggled through her lines too.

Jeffrey announces Anastarzia, Ilona, Rita Baga, Scarlett are all safe for the week. Lemon starts the critiques off, and the judges are so proud of her improvement from last week. Her runway was stunning, and her performance in the scene was also gag-worthy. Next, Tynomi has left the judges wanting a little more from her, both on the runway, and in the scene. They loved Kiara in the scene, but Brooke branded her runway as a little basic, and while she looked stunning, I have to agree. The judges noticed BOA struggled in the scene, but all thought she looked stunning on the runway. The judges thought Kyne could have gone bigger with her acting, and the judges unanimously agree that her outfit in her before picture was better than what she brought to the runway this week. They applauded Priyanka’s commitment for staying in character throughout the whole scene and agreed her runway look was stunning. Last, but not least Jimbo has served us a spooky fantasy on the runway that the judges ate all up. They agreed that she could have gone a bit bigger in here scene. Backstage the queens discuss the critiques, and the difference between a lag, and a leg, and whether or not Kyne had learned her lesson from last week. Out on the main stage, Jeffrey announces that the winner of this week’s challenge is Lemon! So well deserved, she really killed it this week. Jimbo, Kiara, Priyanka, and BOA are safe for the week. This makes Tynomi and Kyne our bottom two of the week. 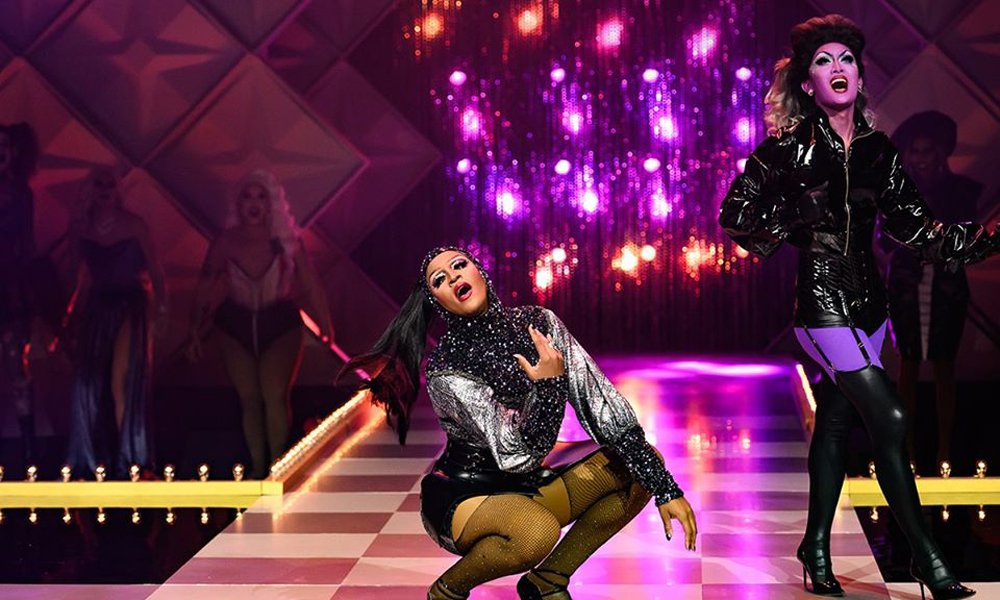 The two lip sync to “If You Could Read My Mind.” They’re serving us lip sync from the future. Both these queens fought for it, but only one can stay. Jeffrey announces that the second queen to leave Canada’s Drag Race is Kyne. She remains a social media sensation, and I’m sure this isn’t the last we’ve seen of her.

Frontrunners of the week: Lemon really stepped it up this week and I hope she continues to shine. She’s one to watch. Keep your eyes on Jimbo. I feel like we’re going to get a lot more from them soon.

Canadian-ism of the week: the iconic sister music act duo Vegan and Tara in the Muffragette scene.

What we’ll see next week: It’s battle of the girl groups, a recording session, and some tough choreography.