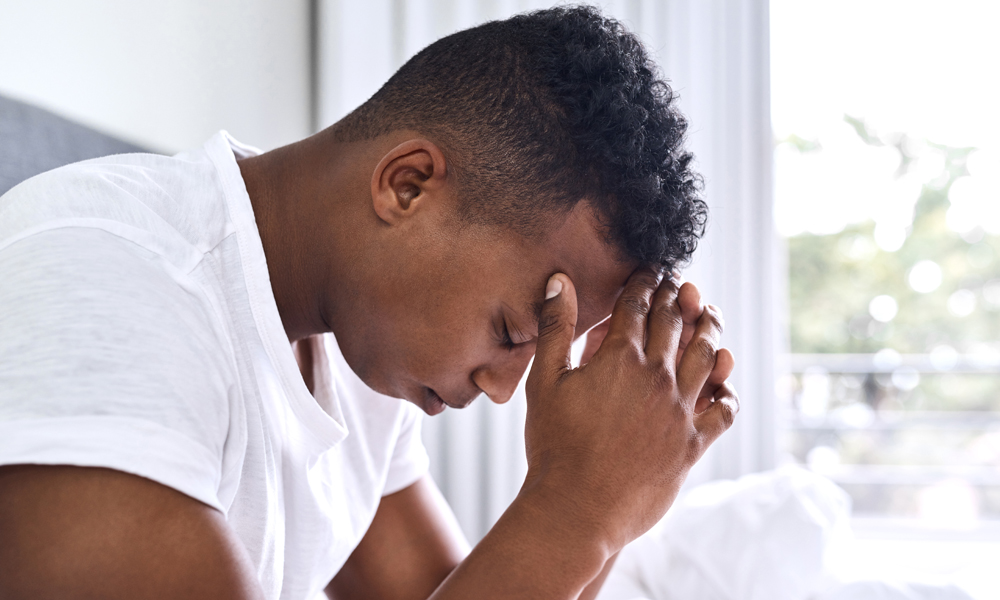 John Donne said it best: “No man is an island.” That quote, by the way, is from prose written in 1624 (almost 400 years ago) and it’s an aphorism that holds true today. We humans don’t do well in isolation. At the time of writing this, April 1, we are deep in the midst of a COVID-19 emergency order, one that Ontario Premier Doug Ford just extended to mid-April (Editor’s note: it’s now extended to mid-May…and who knows what US President Donald Trump will do). It’s hard to know what the future will hold by the time this goes to print – many best guesses predict the coronavirus will continue to spread unless these strict measures remain in place indefinitely (at least several months longer). The only thing that is certain is that the loss of everyday interpersonal interaction is a hard pill for most people to swallow.

One group that’s painfully aware of social isolation is the LGBTQ community.

The AIDS epidemic of the early 1980s was a defining moment of LGBTQ isolation. Beyond familial rejection for being different, LGBTQ people were treated as lepers. Even doctors – whose Hippocratic Oath states that “there is art to medicine as well as science, and that warmth, sympathy and understanding may outweigh the surgeon’s knife or the chemist’s drug” – often refused to treat HIV/AIDS patients and were vocal about their cavalier attitude to people infected with HIV/AIDS. In fact, a 1990 survey found that only 24 per cent believed that office-based practitioners should be legally required to provide care to individuals with HIV infection.

Some 40 years later, isolation still starts at an early age for LGBTQ youth, from families that can cruelly reject their own children based on the child’s sexual identity, gender identity or gender expression. A resource guide by the Government of Ontario for serving LGBTQ youth in the child welfare system says, “While it is estimated that 10 per cent of the general population is LGBTQ, studies suggest there is a much higher percentage of LGBTQ children and youth in the child welfare system because many LGBTQ children and youth face rejection, neglect or abuse when their families learn of their sexual orientation, gender identity and/or gender expression.”

Statistics by the Canadian Observatory on Homelessness are just as sobering: compared to heterosexual cisgender youth, LGBTQ youth were more likely to say that they were homeless or street-involved due to an inability to get along with their parents, and more likely to say that violence or abuse made them leave home. Studies by The 519 in Toronto suggest that 25-40 per cent of homeless youth in Canada identify as LGBTQ.

Even ignoring these stats, and looking at LGBTQ-positive media coverage in 2020 (everyone, even the Karen who wants to speak to the manager, knows RuPaul’s Drag Racenow!), it may seem the world is getting better for LGBTQ kids in Canada. But it’s more complicated than that: in 2019, Alberta passed the United Conservative Party’s Bill 8 Education Amendment Act, which states that a school is allowed to contact parents if a student joins a gay straight alliance, bringing institutional harm to kids who would prefer that their parents not know these facts. GSAs are very important for LGBTQ youth, and this bill isolates students who might otherwise find friendship and kindred spirits at school.

Middle age is also a challenging time for LGBTQ people. The US Center on Addiction says that more than twice as many LGBTQ adults reported using drugs in the past year compared to heterosexual cisgender adults, and LGBTQ adults were also found to be more likely to smoke cigarettes, binge drink, and have had an alcohol or drug problem in the last year. Maybe the lifetime of stigma they face might have something to do with it. The New York Times suggests that LGBTQ health is growing “imperilled by a political and social environment that is growing less friendly towards sexual minorities.”

A newer area of study is isolation in LGBTQ seniors. As a generation of out adults begins to age, their isolation compared to heterosexual or cisgender peers is stark. LGBTQ people have mentioned feeling forced back into the closet in nursing homes and have found that when a partner dies, a lot of their social network can disappear. The Government of Canada lists several case studies highlighting some of the issues these seniors can face, including a lack of services specific to LGBTQ concerns unless they are located in large cities, feeling isolated from unaccepting family, fear of nursing home staff reactions to their identity, and often (though not always) no children to visit.

Chosen family can help in all of these instances of LGBTQ isolation. A strong network of friends can help advocate for health care and rally around any person with health issues. GSAs help young queers find friends and allies. A strong family of choice may help adults struggling with alcohol or drug use disorders. And having a group to support a senior citizen with a lift to a larger city, an ear to listen or help with groceries can help with feelings of loneliness.

You know what they say: it takes a (gay) village.

Of course, since LGBTQ people are so well versed with isolation, it’s no surprise that the community has made lemonade out of these Corona lemons. With everyone stuck indoors, the next best thing to going out has become the Zoom party. Once relegated to your weekly obligatory work team call, where someone droned on about their TPS reports, the queers have made Zoom chic. The hottest party of all started in Toronto, by four artists The Cut describes as “20-something, uncomfortably attractive club-kid scenesters based in Toronto: Mingus, a digital creator; Casey MQ, a musician and resident DJ at Club Q; Brad, a comedian and producer; and Andrés, a recording artist.” Their Zoom party – Club Quarantine – has about 30,000 Instagram followers at @clubquarantine and lets queers party from the safety of their homes. Charli XCX DJed a set. Robyn has Instagrammed about it. Wigs are everywhere. It’s zeitgeist-y: backgrounds include Tiger King’s Carole Baskin, Bernie Sanders and rainbow everything. Mingus told The Cut: “When you trap queer people in a box for a day and they have three hours where they know they’re going to be seen by like 400 people, they’re going to put on a show.”