Here are a few stand-out lessons from the much-loved Rose’s, and their Schitt’s Creek community…

There’s an unmistakable feeling of heartache when a beloved show reaches its end.

If you haven’t yet secured your spot at the Rosebud Motel, you’ve likely heard by now just how charming it is. The premise of Schitt’s Creek– a rich, mogul family moving to a (very) small town after unexpectedly going bankrupt- sets up the plotline that, over time, has drawn in a devoted audience. Whether you’ve watched a few episodes of Schitt’s Creek, or have binged each season, you’ve probably noticed that the show has an effective understated appeal to it that’s both compelling and endearing. The show is full of comedic genius (special shout-out to Catherine O’Hara), but also takes on real-life morals and values with a warmth and empathy that gets its audience emotionally invested. Because of its humanist approach, the show has a potential for longevity that separates it into an elevated category.

Here are just some of the stand-out lessons from the much-loved Rose’s, and their Schitt’s Creek community.

Labels are just labels- nothing more
This one is thanks to David Rose, the fussy, outspoken, campy fashionisto with a caring nature that seeps from his core. David’s character deepens, and matures with such authenticity. His powerful line, early in the show, to Stevie Budd, “I like the wine, and not the label” is just one of the moments that communicates the shows positive message of representation and inclusivity, in a natural, beautiful way. Powerfully, this message’s sentiment is resounded in the town that meets David and Patrick’s marriage with harmony and love. David Rose and Patrick Brewer develop a love that is delightfully sweet, leaving us wanting to see more of their genuine connection- no label required.

Dress to express
Fashion is inherent to the show. A shout out is due to David Rose who always comes forth with his own David-Rose-esque Gothic Couture that lets everyone know his distinctive style. But Mrs. Moira Rose has to take the cake on this one. With her transatlantic accent, and eccentric vocabulary, Moira wins us over one outrageous wig and costume choice at a time. The lady knows how to make an entrance, to say the least (ahem, her astonishing entrance to David and Patrick’s wedding). It’s almost as if her character is too big for the show, yet fits in the most perfect way that no one would dare to change. As Moira works pieces from Alexander McQueen to Isabel Marant, and more, she uses her appearance to make a statement and distinguish herself, but does so in a way that is so unapologetically genuine to who she is, all the while showcasing her heart of gold.

Goodbyes aren’t always a bad thing
Alexis Rose, the seemingly selfish, sassy sister who always has a grandiose past adventure to share, has an inquisitiveness and kindness that can’t help but reveal itself. One of the shining moments that exemplifies Alexis’ true compassion comes through her relationship with bashful, lovable Ted. Their sweet relationship, at its end, shows us that endings can be soft and beautiful. Their willingness to accept one another’s growth, even though it means losing one another, inspires.

Even when it’s quiet- listen
Johnny Rose, with his authentic look and business-executive character, shows us how even in the strangest of circumstances, staying true to yourself, and listening to the signs pays off. Mr. Rose chose to embrace his new life in Schitt’s Creek– dirty motel rooms, leaky ceilings and all. He always chose to get to work, and to slowly-but-surely make improvements within reach, which, in the end led him to a remarkable opportunity.

You don’t need more
The Rose’s lives in Schitt’s Creek were first met with panic, as they had to deal with the thoughts following the loss of their extravagant possessions. As the seasons roll on, whether it’s a family hug, a thoughtful discussion, or a little Alexis-boop-on-the-nose, the most authentic beauty is found by each character in the little moments. The understated moment that sticks out most, of course, is when Patrick serenades David with his version of Tina Turner’s “Simply the Best”. David’s reaction shows that a genuine moment expressing real love transcends just about anything. The show communicates just how much beauty and meaning there is in simplicity.

Be you, always
From big town, to small town- from highly lavish living, to the quaint subtleties in Schitt’s Creek, the Rose’s each remain true to themselves. Although they evolve in their abilities of empathy and connection -and it is a pleasure watching their characters deepen over the seasons- the nuances (both quiet and loud) that make them exactly who they are, remain.

Team-work makes the dream work
The town is filled with characters -Stevie Budd, Jocelyn and Roland Schitt, Twyla Sands, and Ronnie Lee- to name a few, who become increasingly lovable as the show progresses. The people in the town are essential to each of the Rose’s progression, as they offer an outpouring of support in ways the Rose’s didn’t know they needed.

Connect
The humanist lens on Schitt’s Creek allows us to explore the critical value of human understanding and connection. The Roses, through each of their warm-hearted and hilarious adventures, resound this value. The time they spend connecting with and forming an understanding of one another proves, in the end, to be transformational- for both them, and their viewers. 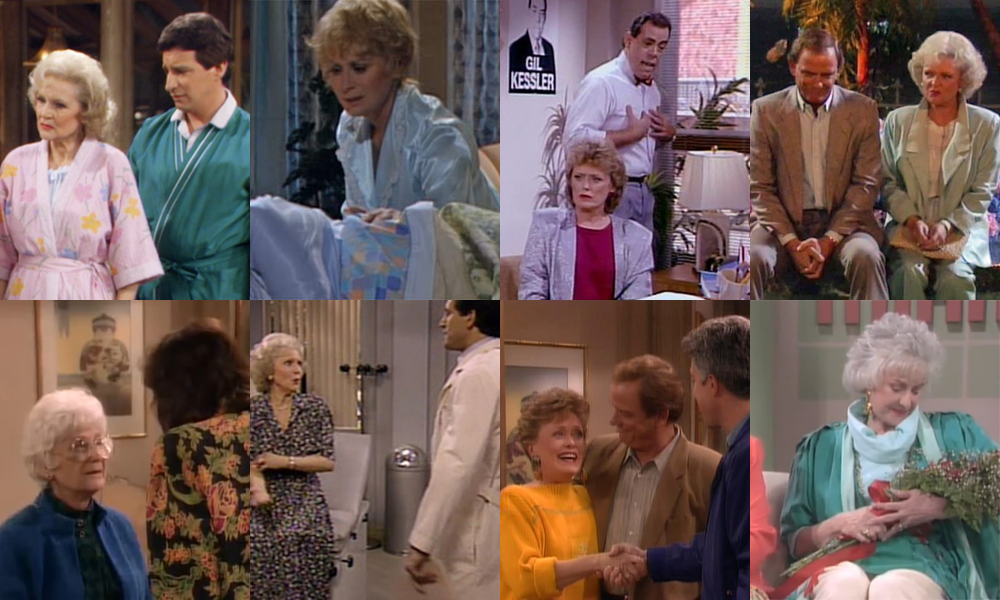