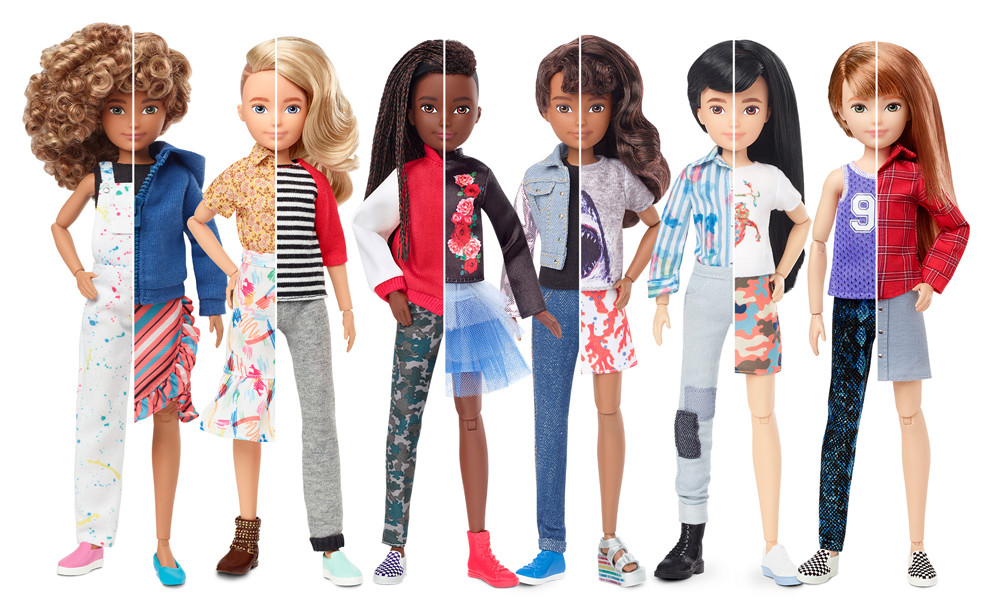 A doll for everyone…

“In our world, dolls are as limitless as the kids who play with them,” the company said on its website.

Mattel describes Creatable World as a doll line that is designed “to keep labels out and invite everyone in.”

The Creatable World line consists of six different doll kits, available in a variety of skin tones. Each kit has one doll, two hairstyle options (one longer, one shorter) and six pieces of clothing, three pairs of shoes and two accessories that are both female-presenting and male-presenting. Some options are more feminine-presenting, while others are more masculine-presenting, which allows kids to combine the elements any way they want to, said Kim Culmone, senior vice president of Mattel Fashion Doll Design.

The toy company said it has worked alongside a “dedicated team of experts, parents, physicians and most importantly, kids” to create the six different kits.

In our world, dolls are as limitless as the kids who play with them. Introducing #CreatableWorld, a doll line designed to keep labels out and invite everyone in. #AllWelcome

“We see this line as an opportunity for us to open up that dialogue around what dolls are for and who dolls are for,” Culmone said. “And also as the world begins the celebrate the positive impact of inclusivity, we absolutely fundamentally believed it was time to launch a doll line free of labels and free of rules for kids.”