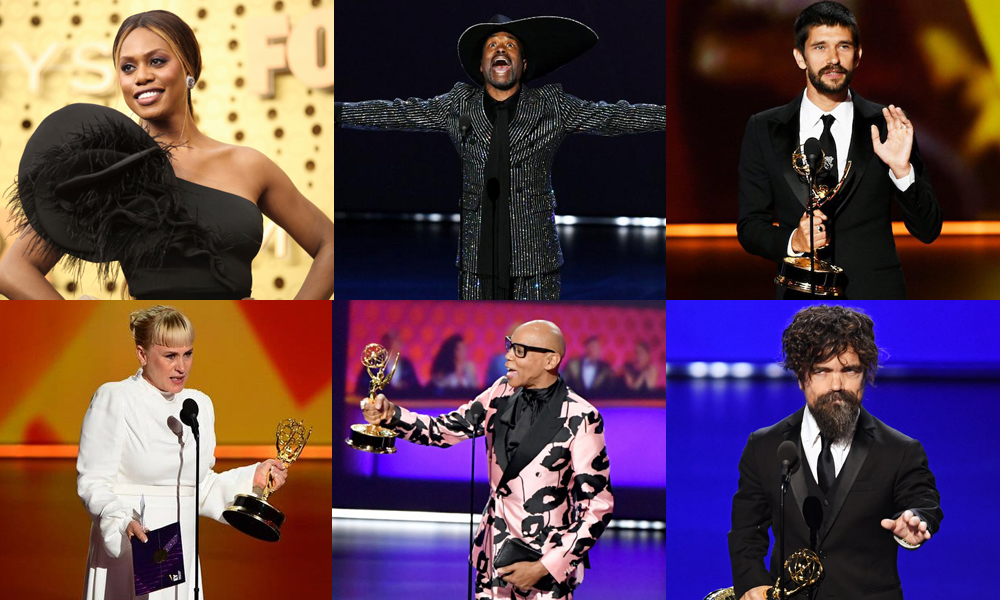 Last night was the 71st annual Emmy Awards, and for all you TV stans out there it was definitely a night worth remembering. TV’s biggest night proved to be a safe space for LGBTQ people, as stars themselves made fearless statements in support of the LGBTQ community.

Here are six of our favourite LGBTQ moments that took place throughout the evening. 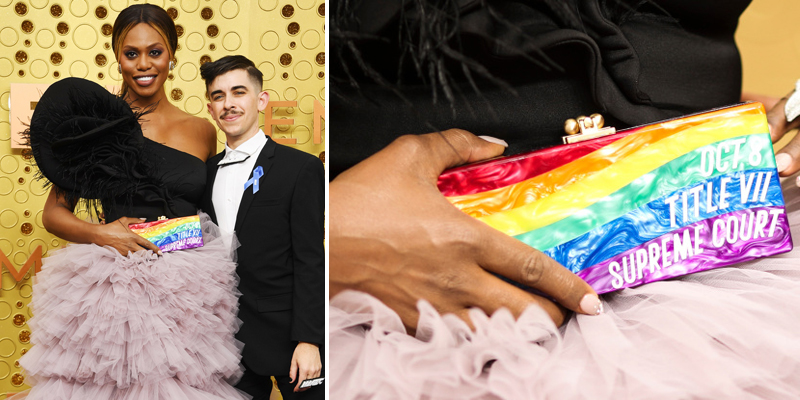 Laverne Cox makes a huge statement for Trans rights
Before the 2019 Emmy Awards ceremony kicked off, Laverne Cox hit the purple carpet to use fashion as a conversation starter. Cox, who was nominated for the Outstanding Guest Actress in a Drama Series category for the final season of Orange is the New Black, wore a tiered Monsoori gown and carried an acrylic rainbow clutch which read “Oct. 8” Title VII” and “Supreme Court”. The bag, which she designed in collaboration with Edie Park, was meant to call attention to October 8 when the Supreme Court will consider federal employment protection for LGBTQ+ employees. To make the political point even clearer, she brought Chase Strangio, a lawyer with the ACLU’s LGBT & HIV Project, along as her date.

“October 8th everyone should be aware that the [Trump] administration is asking the Supreme Court to make it legal to fire workers just because they’re LGBTQ,” said Strangio. “This is actually going to transform the lives of LGBTQ people and people who are not LGBTQ, anyone who departs from sex stereotypes including all the faboulous people here for example. So we really need to show up on October 8th and pay attention because our lives are really really on the line.” 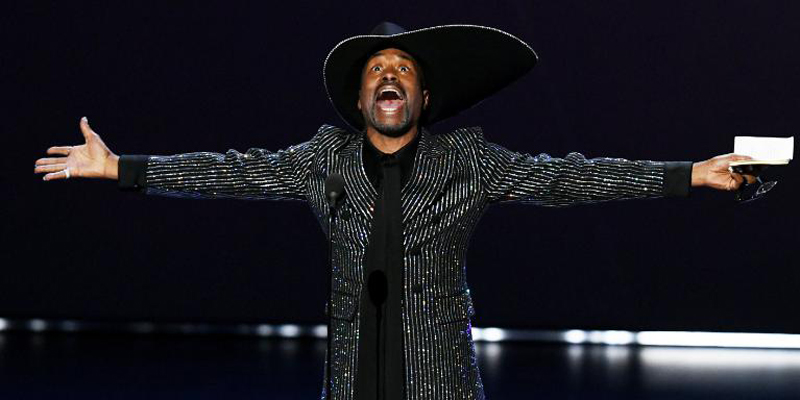 Billy Porter makes history with Emmy win
Billy Porter made history on Sunday night when he was honoured for his work in FX’s ground-breaking period drama Pose. The actor became the first openly gay black man to win an Emmy award for lead actor in a drama series. 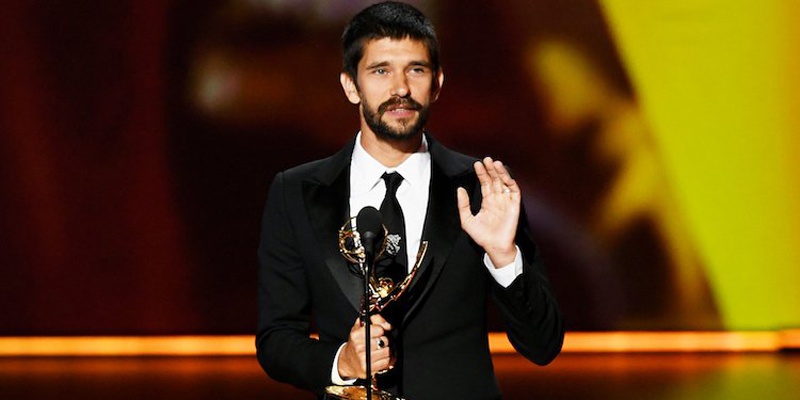 During his acceptance speech, Whishaw thanked his partner Mark, “for his love and his support and for keeping [him] somewhat sane.” 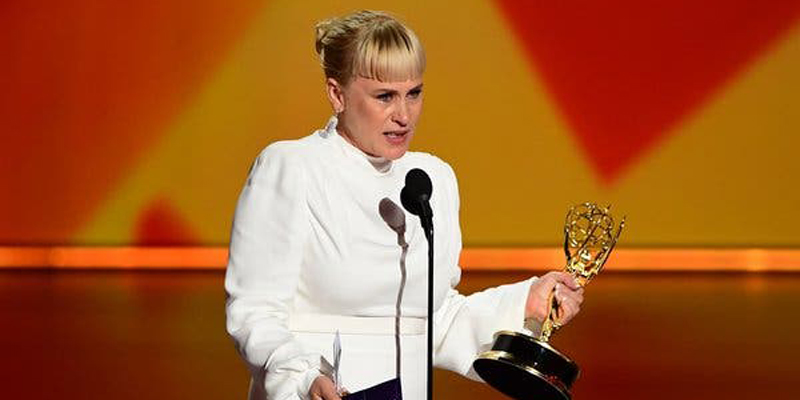 And I just have to say, I’m grateful to be working. I’m grateful at 50 to be getting the best parts of my life,” she said, after thanking her family and Hulu. “And that’s great, but in my heart I’m so sad, I lost my sister Alexis. And trans people are still being persecuted.”

Alexis, an actress and transgender activist, died of HIV-related causes in 2016.

“I’m in mourning every day of my life, Alexis, and I will be the rest of my life for you until we change the world so that trans people are not persecuted,” Arquette said. “And give them jobs. They’re human beings let’s give them jobs and let’s get rid of this bias that we have everywhere.” 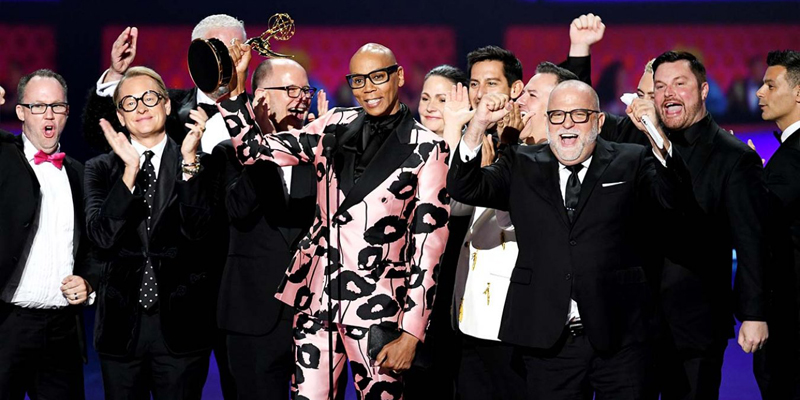 “Thank you guys so much! All these beautiful people…We are so proud of this show, and we ware so happy for all the gorgeous kids who come on and show how fabulous they are.”

RuPaul also took a moment to encourage everyone to visit vote.gov to register to vote in the upcoming elections. 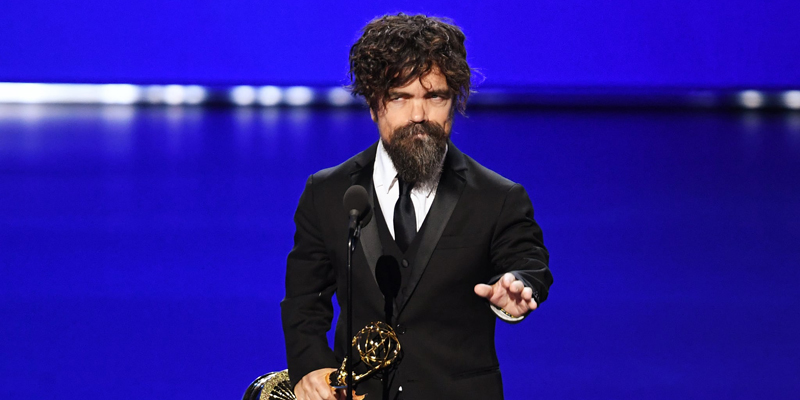 Peter Dinklage speaks about tolerance and diversity
Game of Thrones actor Peter Dinklage, who identifies as straight, used his time accepting his fourth win for his role in the HBO fantasy show to speak about inclusion in general and said “I count myself so fortunate to be a member of a community that is all about tolerance and diversity, because nowhere else could I be standing on a stage like this.”