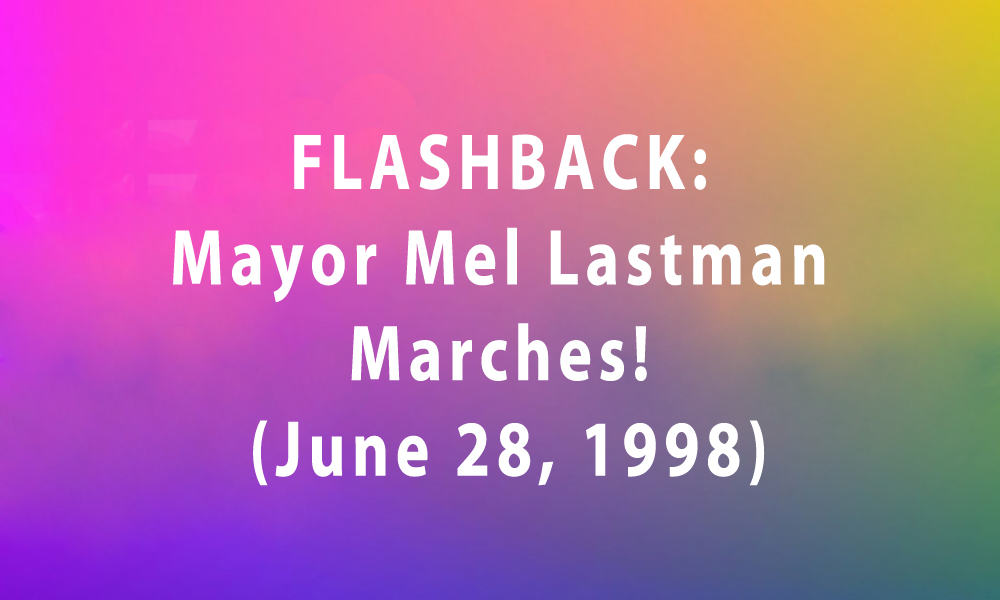 In November 1997, Mel Lastman was elected as the first mayor of the newly amalgamated city of Toronto. His first summer in office, Megacity Mel – known for his outspokenness, flamboyance and populist appeal – surprised some Torontonians when he opted to participate in the city’s annual Pride Parade for the first time. Lastman had previously avoided the parade when he was mayor of North York.

“I cannot justify saying I’m the mayor of all the people in Toronto if I don’t participate. How can I walk in one parade and not walk in another one?” Lastman told reporters before the parade.

Doug Kerr, WorldPride Human Rights Conference co-chair, saw this as a symbolic turning point for the city: “LGBT communities had overwhelmingly supported [Barbara] Hall in 1997, the first post-amalgamation election. That Lastman – a suburban somewhat conservative-ish old guy who didn’t get our votes – would join the downtown queers in their parade sent a positive message across the city and maybe even the country.… I remember thinking that we were turning a corner towards a more inclusive city.”

Lastman rode along in a vintage fire truck, having a blast as spectators sprayed him with squirt guns. The following summer, Lastman got drenched again – but this time he came prepared with his own super-soaker water gun to fire at the crowds.