Skip to Content
Home / Latest / The Reign Of Sport Style 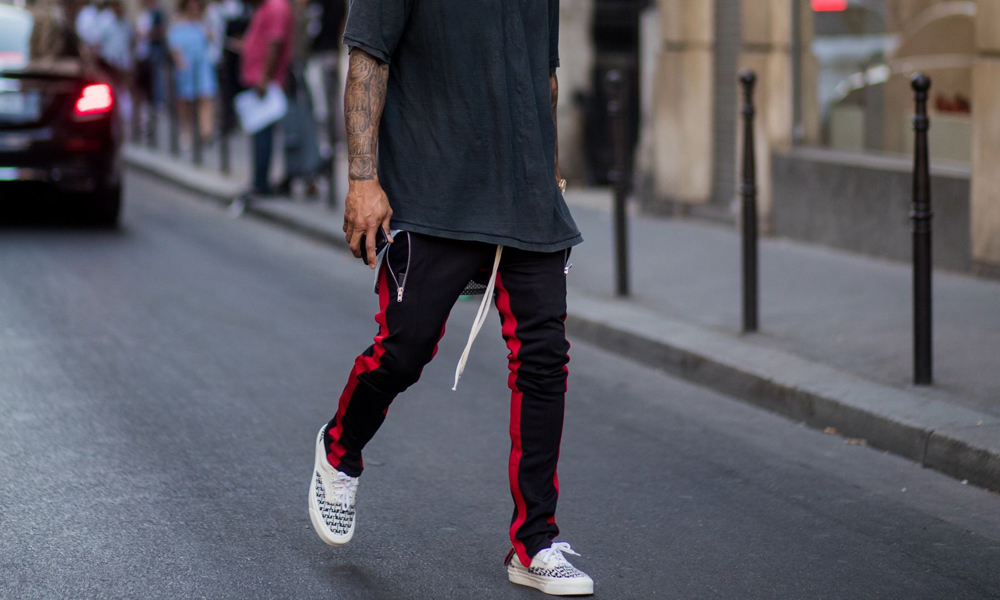 The Reign Of Sport Style

How athleisure took over the fashion world, and why the ultra-easy style isn’t going anywhere any time soon…

Whether you call it athleisure, sports style or athletic chic, this clothing concept is allowing men, women and everyone in between to take their wardrobe to a whole new casual level. Three years ago, when the trend first came to the forefront, who would have thought that we would still be affected by it today? I most certainly did not, but in the age of millennialism, where Instagram models have become celebrities and sneakers are being sold for thousands of dollars, it’s no shock that the phenomenon of casual dressing has become a staple in the lives of people all over the world.

The trend of sports style first took the forefront when new and emerging designers such as Alexander Wang (now known all over the world for his iconic casual designs) were able to elevate everyday wardrobe staples like sweatshirts and sweatpants – near and dear to our hearts due to their ease of wear – and reinvent the wheel. Designers such as Helmut Lang and Yohji Yamamoto have been able to turn these staples into garments that are stylish and unique while at the same time never eliminating the feeling of comfort that makes them such important pieces of people’s wardrobes.

The emergence and now continual reign of athleisure hasn’t only given new designers the opportunity to take the forefront as leaders in the fashion industry. It has also given iconic sports brands like Adidas, Nike, Puma, Under Armour and so many others the chance to reach a whole new demographic of customers. In the 1990s and early 2000s, style influencers and LGBT icons such as Mel C (also known near and dear to our hearts as Sporty Spice and TLC) were known to take the stage in crop tops, sports bras, sneakers and, most importantly, stylish sweats and joggers like the world had never seen. That created a desire for sportswear like never before.

As history repeats itself – as it so often does when it comes to fashion and what’s in style – we are now seeing the resurgence of ’90s brands like Fila and Champion becoming popular not only through collaboration with other sporting brands but also with other designers and brands from fast fashion to luxury houses. And that is making branded sportswear a regular feature in the wardrobes of a whole new generation of shoppers.

For those unaware of the impact that athleisure and sports apparel has had, no brand is a better example than Supreme. As the mega giants of the sportswear industry began to grow to a level never seen before and the market was beginning to become saturated with new and innovative designs, it was unthinkable that any smaller brand would be able to make a name for itself. That is, until Supreme began to take the scene over the past few years. Though the brand came to exist in 1994, it was this boom of premium athletic wear that really gave it and other mid-tier luxury brands the momentum to go from the local niche skater scene of New York City to a full-blown global phenomenon that sells out within 15 seconds of being released.

Looking at their designs, however, it’s clear that Supreme isn’t about reinventing the wheel at all. Supreme has been able to create a cult-like following of hype beasts and pop culture lovers alike simply by creating classic designs that are often stamped with their now-famous red box logo with Supreme in italic font written in the middle. Although that instantly recognizable logo may be their bestselling stock, Supreme has also been able to think backwards instead of forward when it comes to their designs, by creating collections and pieces directly printed or inspired by pop culture classics like the 1987 film HellRaiseror 1991’sSilence of the Lambs.

With all those notches already in their belt, the world of athleisure and sports apparel changed forever in 2017 when Supreme was chosen by the 140+-year-old luxury fashion house Louis Vuitton as the collaboration brand for its Men’s A/W 17 collection. Celebrity social media accounts filled with pictures of the still-to-be-released coveted collection by names like Brooklyn Beckham and Marc Jacobs, and the press was buzzing about the collaboration that no one had ever seen coming. It’s no shock that the entire collection sold out worldwide before it even hit stores. Not only did this collection shake the ground when it came to the sportswear or sports style industry but it also played an important part in Supreme achieving the status of a billion-dollar brand.

Fast-forward to just a few weeks ago at the Milan and Paris Fashion Week, where influencers, media and celebrities line the catwalks to see what’s in store for the upcoming Spring/Summer 19 Collections. Lo and behold, collections from iconic fashion houses such as Versace and Hermès filled the runways with sportier and athletic-focused cuts and designs. This modern move by luxury houses to combine their brand DNA with sportier designs will not only combine utility and fashion but is sure to make an influential splash when it comes to the world of luxury fashion in seasons to come.

As we approach a time when fashion and style are much more accessible and easy to follow, one can’t help but wonder what impact sports apparel will continue to have when it comes to the way we dress. If the past few years have been any indication, perhaps the line really has begun to blur when it comes to athletic style being part of the new norm when it comes to our day-to-day looks, and it is exciting to know that we may live in a world where stylish sweatshirts and sleek sweats are becoming the new standard of work attire. I for one can’t wait to see how this phenomenon continues to impact the way we dress ourselves in the years to come.

ARAM EGINLIYAN is a Toronto-based fashion stylist, personal shopper, style writer and lover of all things fashion and luxury. As a fashion chameleon through and through and through, you’ll often see him going from streetwear to suits. Follow his socials and blog at @arameginliyan or thedebonairdude.com.