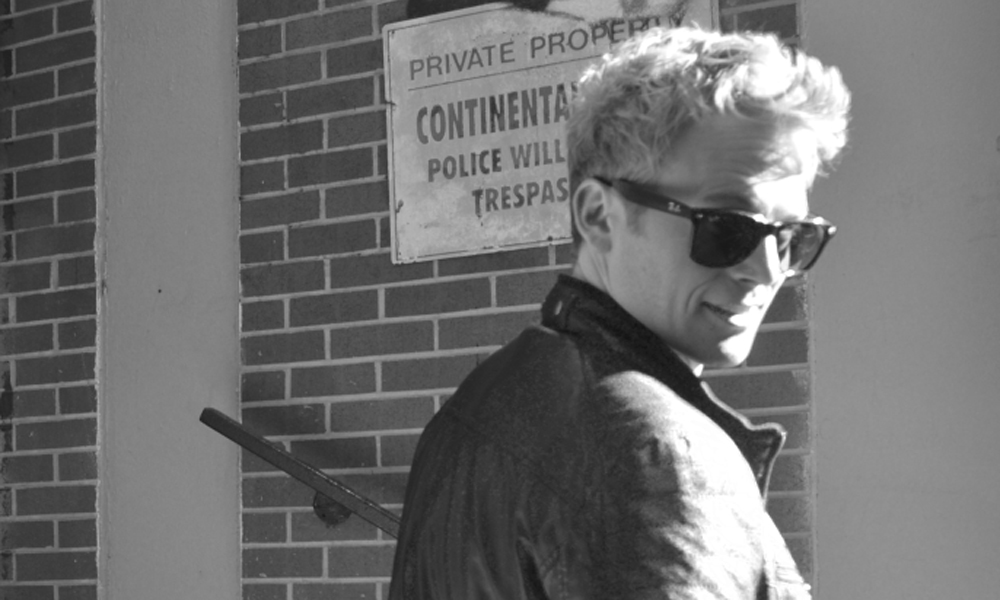 The Different Sides Of Cory Stewart

The Toronto-based musician talks about his debut EP, and about writing music that resonates through the LGBT community…

If you haven’t heard Cory Stewart’s debut EP, 7 Different Sides, I suggest you put it on your Summer 2018 playlist. This summer essential combines deep and sentimental lyrics with an ’80s-inspired electro-pop feel, which is certain to get you up and dancing all night long.

Stewart is originally from Woodstock, Ont. (a.k.a. the Dairy Capital of Canada). His interest in music began at the age of seven, when he watched The Phantom of the Opera and became obsessed with the soundtrack.

The singer says his mother was an encouraging figurehead in his life, recognizing his talent at a young age and encouraging him to pursue his dream of music.

“Sometimes parents have the ability to see something in you before you know it yourself…and to have a parent who helps you find your passion and supports it is truly a blessing,” says Stewart. His mother enrolled him with a singing coach when he was still at a young age. The singer’s gift of performing progressed to further training with the Royal Conservatory of Music and touring Europe with the world-renowned Amabile Boys Choir.

“I was able to sing a bunch of solos, which gave me my ‘street cred’ in terms of performing,” says Stewart, adding that he was able to overcome some of his initial stage fright and become more confident in his ability to sing.

As he grew older, even though the real-life pressures from school and work became increasingly tough, Stewart still never gave up the music and continued to write songs as a source of enjoyment. But it wasn’t until comedian Carla Collins, a good friend of Stewart’s, heard his passion piece and encouraged him that he pursued his dream more seriously. The singer also contacted another friend, Simone Denny of Love Inc., who was very optimistic about his talent and suggested he seek a producer to record his work of art professionally.

It was through this wave of events that Stewart came into contact with producer and Juno award winner Gavin Bradley. Bradley, who has worked with artists such as Kylie Minogue and Nelly Furtado in the past, was essential in assisting Stewart’s recording process.

“When you write a song, sometimes you don’t realize that some things are too personal. So, you have to figure out how to craft a song so it means something not only to you but to your audience as well,” says Stewart, noting this was a valuable lesson Bradley taught him for his song-writing process.

The outcome of the recording process with Bradley resulted in 7 Different Sides, released on April 10 this year. The extended play is comprised of three unique songs (and two extended tracks), with each tune stacked with a dance-floor-ready feel, and lyrical themes that strongly resonate through the LGBT community but are still relatable to any individual.

“You don’t make music to hit a specific target; you make music because you want it to be good,” Stewart says of his debut release, adding that he does not want to put a label on his listeners, or be pigeon-holed in one particular category. Each of his tracks, he says, draws on aspects of his life and challenges he’s endured.

The title track, “7 Different Sides,” discusses the complexity of someone’s personality, and the difficulty in revealing each element to a significant other. Says Stewart: 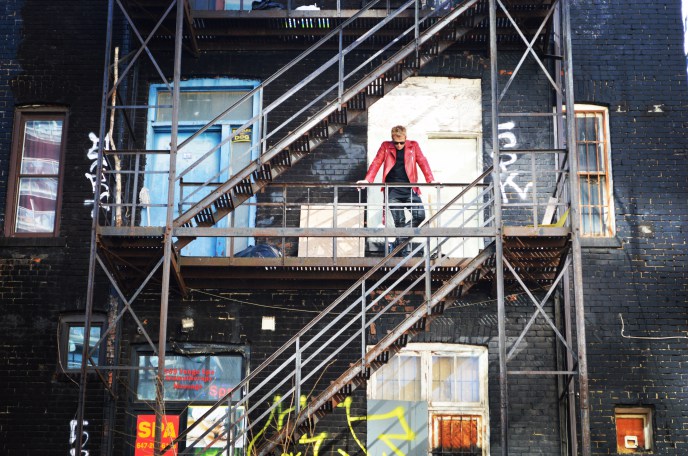 The singer describes the second track, “I Wouldn’t Want Me Either,” as a song about rejection. While it too has an uplifting beat, it has a more vulnerable set of lyrics that relate to the insecurities of every individual’s love life.

The final track, “My Gay Heart,” is an uplifting ode to the struggles faced by the LGBT community. Stewart notes that being from a smaller town in Ontario posed some serious challenges for him as a young, gay male.

“When we would go to school, we would have cigarettes thrown at us.… I had coins chucked at my face in the hallways,” says Stewart, adding that name-calling was a regular occurrence as well. These tragic experiences inspired the song as a way for LGBT youth to feel more connected to the community in the face of adversity and isolation.

The singer referenced a study conducted by the American Journal of Preventive Medicine, which shows that 46 per cent of closeted teens have considered suicide. The staggering numbers, Stewart says, show that there are far too many people suffering in silence. He points out that the LGBT Youth Line is 1-800-268-9688; people can also go to youthline.ca< to chat with someone online about the struggles faced by LGBT youth.

My Gay Heart is accompanied by a lyrical video, created by Stewart himself, with archived footage of the (first ever) 1981 Toronto Pride parade.

While his debut EP discuss some darker themes, Stewart is optimistic about his future music. This summer has already seen some fantastic performances by the singer, and he is anticipating opening for Boy George at Montreal’s Strangers In The Night Gala on August 25.

The singer has also been writing and recording new music for a full-length LP, which, he hints, could be released by next year.

Stewart describes himself as a performer more than a singer, drawing his on-stage performance from musical theatre, such as The Phantom of the Opera and The Greatest Showman.

“I’m putting on a show. People can read if you’re having fun or not, so the important thing for me is to provide the energy that gets people up and dancing.… I want the crowd to have fun and I want to have fun myself,” Stewart says, including that he wants a theatrical performance and experience for his audience. Aside from musical theatre, Stewart cites Madonna, George Michael, Troye Sivan and Lady Gaga as some of his influences, while also mentioning that each day there’s a new inspiration that makes him appreciate a different part of music.

Check out Cory Stewart’s music on Spotify, ITunes, Apple Music and many more. Don’t forget to check out his website at coryjstewart.com.

DANIEL MITRI is a Toronto-based writer with a strong interest in music, politics and cooking. If he’s not playing his bass guitar, you can find him poking through vintage record stores and frequenting 24-hour restaurants.