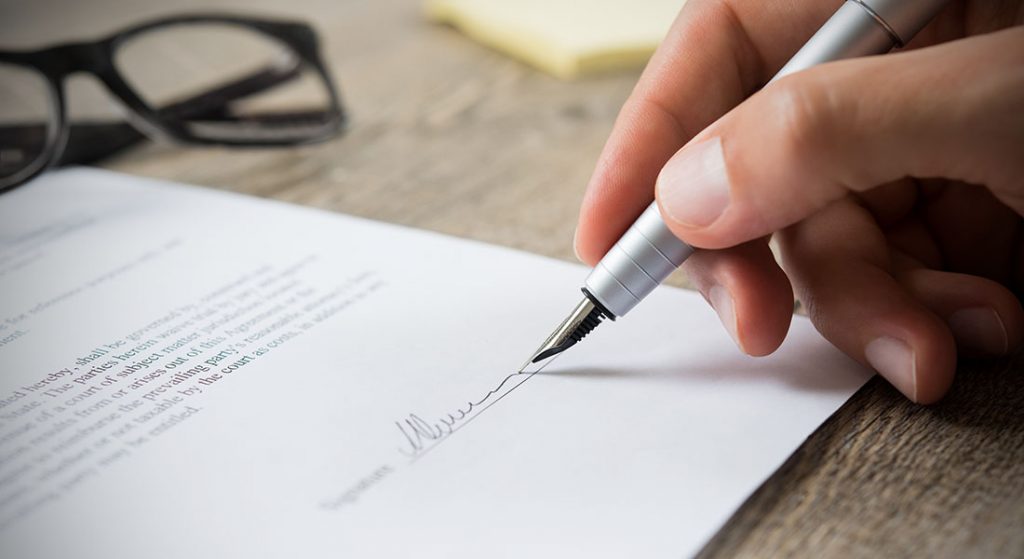 WHY YOU SHOULD CONSIDER A LEGAL COHABITATION AGREEMENT

Even if you’re absolutely positive you’ll never break up, you just never know for sure
By Courtney Hardwick

According to the 2011 census, there were 43,560 same-sex common-law couples living in Canada, up 15 per cent from the 2006 census. Although the numbers from the 2016 census have yet to be released, it’s safe to predict that number has most likely increased again. Same-sex marriage has been legal in Canada since 2005, but many couples are choosing to remain common law rather than get married. That trend isn’t exclusive to LGBT couples either—marriage has become a lot less inevitable in general, especially for millennials.

There are a number of reasons why couples, LGBT or not, might decide to move in together. Perhaps they want to spend more time together, take the “next step” in their relationship, make a tangible commitment to their future together, or (while not the most romantic reason) save themselves some money by splitting expenses. But we all know that staying together forever isn’t guaranteed, so what would a breakup mean for the assets you brought with you into a common-law relationship and any assets you gained while together?

With more and more couples choosing to cohabitate and either put off marriage or never get married at all, there is more need for people to be aware of the laws and how they can protect you in the event of a breakup. Chantalle Sawision, an associate lawyer at Hart Legal in downtown Toronto, specializes in issues directly affecting people who identify as LGBTQ. She’s made it a priority to educate her clients on how to use the law to protect themselves and their assets, improving the quality of their romantic and familial relationships in the process.

Some people think a common-law relationship comes with the same rights as being legally married, but that is not the case. In the eyes of the law, there is a big difference between common law and marriage. “If you are in a common-law relationship, you will not have any proprietary interest in your partner’s property. If you are married, the scenario is quite different,” says Sawision. “Upon separation, a married spouse will have both a possessive interest in the parties’ matrimonial home (even if it is owned by the other party), as well as an entitlement to the accumulation of their partner’s assets throughout the length of the marriage, known as an ‘equalization payment’ in Ontario family law.”

While there are certain laws that will apply to you automatically if you’re considered common law, every couple has their own unique circumstances that they might want to address through an official, legally binding common-law agreement. According to Sawision, “in the absence of a cohabitation agreement dividing their assets, property and debt, LGBT partners have no right to financial support in the event that the relationship ends by way of either separation or death. A cohabitation agreement allows partners to carefully craft the division of their assets, as well as provide provisions for spousal support, child support, child custody and access, power of attorney, health care, dental benefits and estates rights.”

When you’re in love, it’s easy to forget about the practical concerns that come with living together. As time passes, it will become harder to logically separate what you are each entitled to. Having a cohabitation agreement in place in the event of a breakup will eliminate uncertainty. You’ll be able to focus on your relationship, knowing your finances are taken care of. And if you do break up, tough money decisions will already have been made for you, so you’ll be able to move on that much faster. Well, at least in the financial sense.