Skip to Content
Home / Flashback / FLASHBACK: Harvey Milk Is Elected To The San Francisco Board Of Supervisors (November 8, 1977) 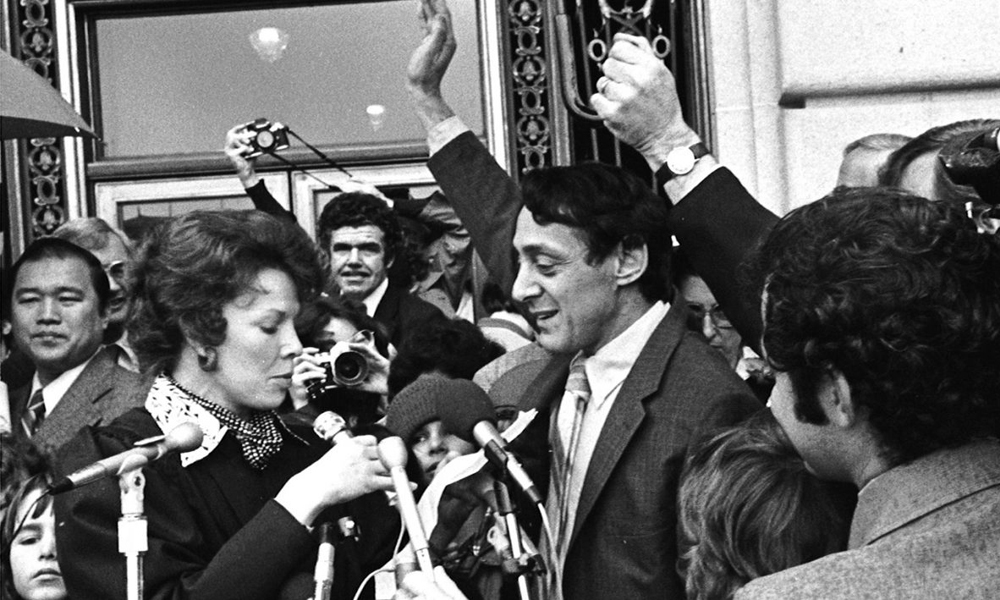 FLASHBACK: Harvey Milk Is Elected To The San Francisco Board Of Supervisors (November 8, 1977)

NOVEMBER 1977 IN LGBTQ HISTORY: Harvey Milk is elected to the San Francisco Board of Supervisors…

Having unsuccessfully run for public office three times, Harvey Milk became the first openly gay person to be elected to a significant public office when he was elected to the San Francisco Board of Supervisors on November 8, 1977. He insisted on being sworn in on the steps of City Hall surrounded by his supporters after marching from the Castro for the event.

Shortly before Election Day, Milk was quoted as saying, “I think of the 14-year-old boy or girl in Des Moines who realizes his or her own homosexuality. The parents throw them around. Schoolmates taunt them. The state calls them criminals. They may end up being alcoholic closet cases—but one day, they’re going to open up a paper and see that an openly gay person was elected to the San Francisco Board. That’s going to give them hope.” Hope became the main theme of his brief time in office.

Milk was shot to death in his City Hall office on November 27, 1978, by Dan White, a conservative anti-gay former supervisor who also murdered Mayor George Moscone.