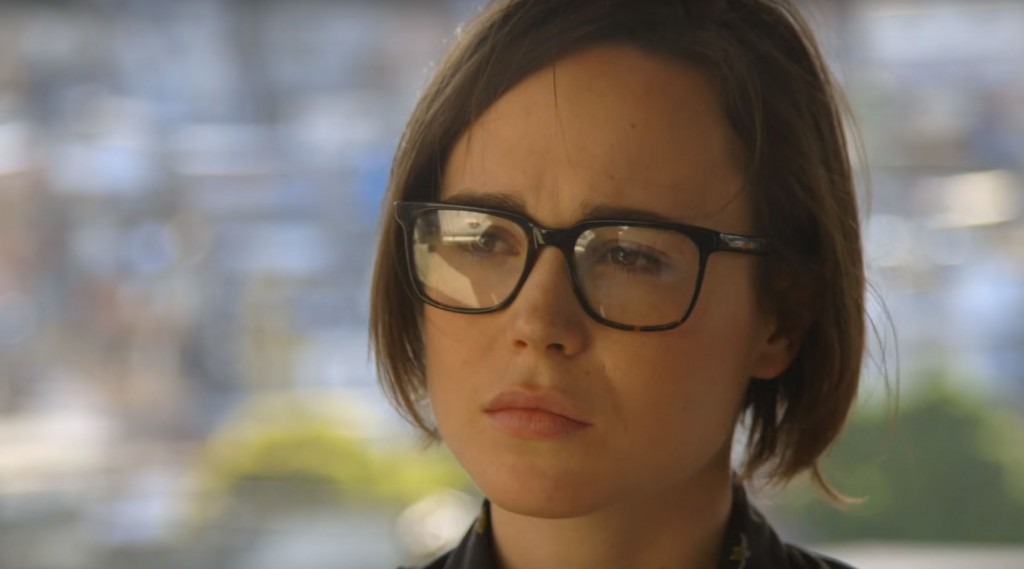 Ellen Page On Gaycation And Progress

Ellen Page has been on Hollywood’s radar ever since her breakthrough roles in Hard Candy in 2005, and then Juno in 2007. There were rumours through the early years in her career, but it wasn’t until 2014 during a speech at the Human Rights Campaign’s “Time to Thrive” conference that she officially came out to the world as a lesbian. Since she gave that inspirational speech two years ago, Page has become an outspoken advocate for LGBT rights, never shying away from discussing her experiences and how she believes the world should be different.

It’s been a busy couple of years for the Halifax-born, Oscar-nominated actress. Last year she co-starred opposite Julianne Moore in Freeheld, a film based on the true story of Laurel Hester, a police officer, and lesbian, who is diagnosed with terminal cancer and has to fight to have her pension benefits transferred to her domestic partner. The film premiered at the Toronto International Film Festival, and Page made headlines when she walked the red carpet with her girlfriend for the first time ever.

Page also spent some time traveling all over the world with one of her good friends, Ian Daniel, filming their docu-series, Gaycation. The show, which premiered on VICELAND on March 2nd, follows Page and Daniel as they investigate what it’s like to be gay, lesbian, bisexual, transgender, and everything else on the spectrum in different cultures. The first-hand experiences of LGBT individuals in countries like Japan, Brazil, Jamaica, and of course the U.S really drive home that being open about sexuality, for some people, is life or death.

Page was a keynote speaker at this year’s South By Southwest (SXSW) Film Conference where she spoke about the inspiration for Gaycation and what she learned during filming. “I’m a privileged person,” she said. “I live in Los Angeles. I have done a job that has given me money and I can walk down the street and kiss my girlfriend. I think a lot about those who are much more vulnerable than me all around the world and in the United States. And here’s an opportunity to go make something that allows voices to be heard that you sometimes never hear, and hopefully reflect struggles that a lot of people go through and I think a lot of people simply don’t know about.”

The series brings attention to the similar, yet still very personal, struggles that LGBT people all over the world go through on a daily basis. Coming out isn’t necessarily an option for everyone, and some are forced to live their entire lives denied the basic right to be honest about who they are. Even in the U.S and Canada, where discrimination doesn’t seem as prevalent, there is still a long way to go for LGBT rights. “If we’re in any way perpetuating a society that discriminates and treats people unfairly and doesn’t strive toward true equality, you are causing a lot of harm in people’s lives and a lot of pain and a lot of difficulty,” said Page.

During her keynote speech, Page also addressed how her own life and career have changed since coming out. In response to a question about whether she feels like she’s been treated differently since coming out, Page said, “being in the closet hurt my career way more than being out and being happy and feeling inspired again, being able to fuse my authentic self with creative interests… because I feel so grateful that I’ve had the opportunity to make this show.”

One of the main things Page emphasizes is the importance of representation for LGBT people in Hollywood. She points out that being gay is still typically considered to be outside the norm and people will ask her whether she sees it as a problem that she’s been focusing a lot on LGBT projects lately. She counters by saying, “you would never even bring that up with a straight person. You would not say, “Oh, you’re doing another movie where you play a straight person, are you a little worried about it?” And no judgment, I’m just saying these are the standards and this is the conversation that needs to change.”

Representation is an issue for not only LGBT people, but for everyone. It’s becoming more and more clear that there isn’t one way of seeing things. Everyone’s experience and interpretation of the world is unique to them, and that’s exactly why we need to give every voice the opportunity to speak out, and more importantly, to just live the life they want to live without being afraid.

For her part, Page is grateful for the advantages she has, and she plans to put them to good use. “If I was still closeted I wouldn’t be making this show, and let’s think about how much that limits people, or limits people of all minorities who are not given opportunities to create work,” she said. “We do a job that’s about telling stories — obviously it’s becoming clear that we can’t just be telling stories about one group of people. People need to have opportunity; that’s what’s going to make the whole industry grow and blossom. As a person who’s involved with it and as a person who’s an audience member, I really hope that starts to happen.”

COURTNEY HARDWICK is a Toronto-based freelance writer. Her work has appeared online at AmongMen.com, Complex Canada, ELLE Canada, and TheBolde