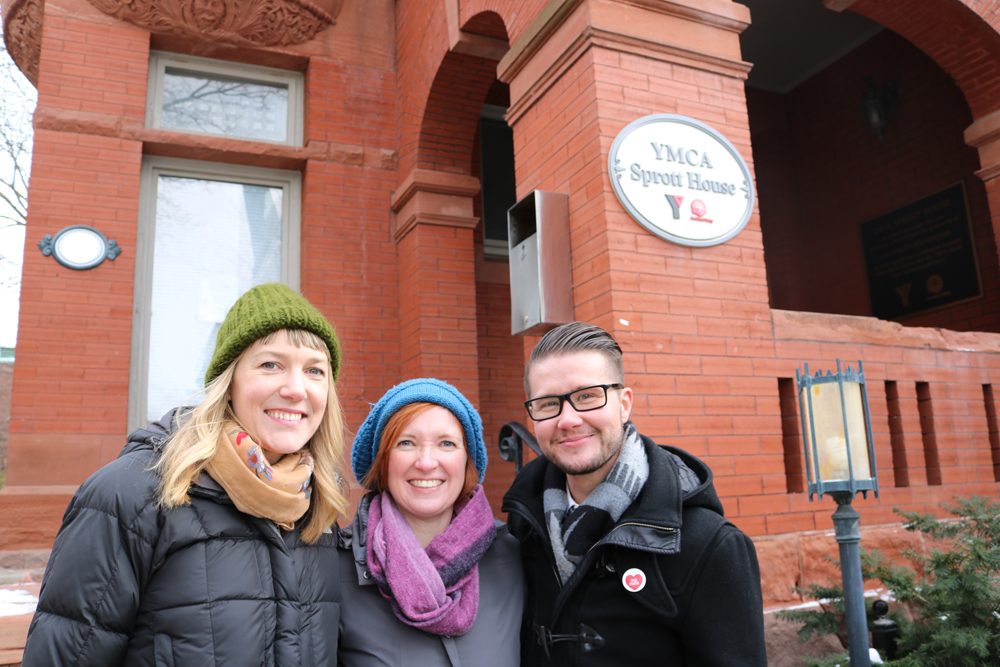 On February 1st, the YMCA re-opened its Sprott House in Toronto as a transitional house for LGBT youth. The shelter, located on Walmer Road in the Annex, is the first LGBT-specific program for youth ages 16 to 24 in Canada. Considering the City of Toronto’s 2012 Street Needs Assessment found that 20% of youth in the shelter system identify as somewhere under the LGBTQ2SA umbrella, a program that focuses on their unique needs has been a long time coming.

For Sprott House, the YMCA brought in new staff who have experience working with LGBT youth, and many of them also identify as LGBT. The services Sprott House provides are similar to other transitional housing shelters, but the program adds the benefit of a safe space where LGBT youth can feel comfortable celebrating who they are.

The house provides semi-independent living for up to 25 youths at a time, and they each get their own bedroom and washroom. For the year they’re allowed to stay at Sprott House, youths also have access to a counsellor, life skills training, and help setting goals that will prepare them for eventually living independently.

Kate Miller, the Director of YMCA Sprott House said, “Many programs across the country that serve young people are increasing their efforts to serve LGBTQ2S young people, but these changes don’t happen immediately. Youth should be able to access any services that they need without fear, including healthcare, mental health support, and education. We are not there yet, but this is a step in the right direction.”

Miller, who identifies as bisexual herself, also praised LGBT youths for helping make Sprott House a reality. “One of the most remarkable things about this program beginning is that the reason for opening came from youth themselves,” she said. “LGBTQ2S youth experiencing homelessness advocated within existing shelters, talked to workers, organized, went to City Hall and fought for funding for these spaces. When you consider all of the barriers facing LGBTQ2S youth, this is incredible. I’m so glad that City Council listened to them and allocated this funding.”

Another outspoken advocate for developing programs like Sprott House has been Alex Abramovich, a postdoctoral fellow at the Centre for Addiction and Mental Health, and a transgender man. It was thanks in part to his research into Canada’s queer and trans youth homelessness that Toronto’s city council decided to allocate money from last year’s budget to fund the initiative. “I feel like I have been working for this day for 10 years,” Abramovich said.

But Sprott House is only the beginning. A second transitional housing program run by Egale (Equality for Gays and Lesbians Everywhere) is set to open in downtown Toronto later this year. They plan to serve up to 30 LGBT youths at any given time and hope to offer a number of beds specifically for emergency shelter.

COURTNEY HARDWICK is a Toronto-based freelance writer. Her work has appeared online at AmongMen, Complex, ELLE Canada, and TheBolde.