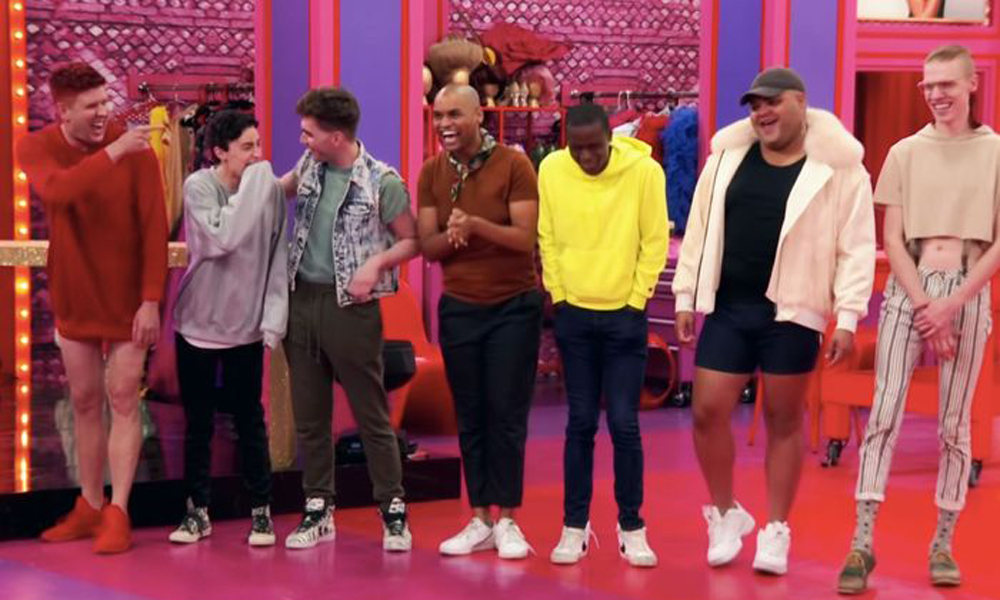 Tale as old as time. Song as old as rhyme. Branding and the Beast…

Well, we’re 11 episodes in and it’s finally starting to feel like we’re in the middle of a race. Last week Ru said sashay away, and we said goodbye to Denali, and the public reaction to that decision has been…not great. Many believed that it should have been Olivia going home, after the critiques Denali received were all directed at the way Olivia put her look together. Should Denali still be in the competition? Yes. Do we want any extra queens to suddenly come back to the work room? No. We should be 2 weeks from the finale right now, and we still have half the queens to send home. This week we see the queens create, and market their own soft drinks. Let’s get into it!

This week’s episode starts in the work room of course! The queens enter, fresh after Denali’s (debatably untimely) elimination. Rosé is super sad about Denali’s departure. Olivia cleans the mirror, and knows she needs to keep moving forward in the competition. Over on the couches the queens congratulate Symone and Utica on their win. Olivia says she doesn’t take almost everybody saying she should go home. Kandy mentions something about being at the top one week and being in the bottom the next. Could this be foreshadowing?

It’s a new day in the work room and the remaining queens enter, ready to take on whatever this week is going to throw at them. At the table, Kandy confuses $2500 with $25,000, (math is really hard you guys!) and Ru’s video message hints at the queens having to WORK for their money henny. Ru enters the room and introduces this week’s mini challenge, Are You Smarter Than the Pit Crew? The queens take turns answering Drag Race trivia, with categories like “Back Rolls!?” “Go Tuck Yourself”, “Shit Drag Queens Say” and “That Sounds like Math!” (I love foreshadowing). Kandy surprisingly answers the math question correctly and wins the mini challenge. This week’s maxi challenge the queens will be using every part of their charisma, uniqueness, nerve, and talent to create, and market their own soda. They must work their brand to the bone with designing a product, coming up with a commercial for it, and creating a unique jingle. After being read by the judges for her branding last week, Olivia is feeling like she has a lot to prove in this challenge. While Tina is busy practically re-writing the Godfather trilogy for her 45 second commercial, the rest of the queens get to storyboarding their commercials. Some queens entered the work room episode one with a clear brand, and they’re sticking to it with their soda. Others are taking this opportunity to slightly reinvent themselves. I don’t know if this is the challenge to do that, but that’s not my soda can to open. In the middle of preparing for the branding challenge, last season’s winner Miss Jaida Essence Hall appears in the work room remotely to help encourage the queens and give a little advice. 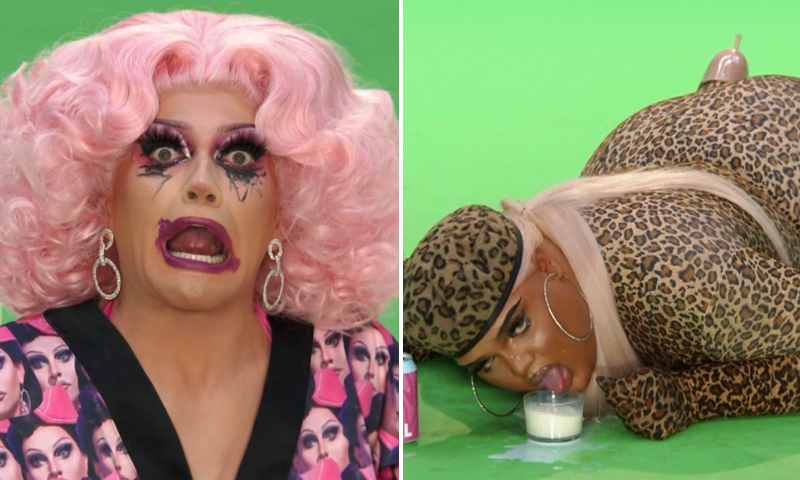 It’s time to film, and the queens take turns bringing their commercials to life with Ross and Carson directing. Tina starts, and hits some bumps with the wording of her script. Rosé nails her commercial. Olivia does everything she can to make sure her branding shines as bright as her smile, and Symone impresses Ross and Carson with how great she is in one take. Utica strangely, but unsurprisingly suckles plastic cow utters, and Kandy is all over the place, but she’s making it work for her Gottmik starts with a fart, and finishes with pouring her soda all over herself, so it could really go either way.

It’s elimination day, and as the queens get ready for the runway, they talk about their brand outside of drag race. Rosé says she’s known as a comedy queen back in New York, and Tina says that simply is not true. Kandy talks about being physically assaulted after school, and how that trauma contributed to how she still gets defensive when conflict presents itself. The queens thank her for sharing her story and reassure her that she’s grown so much in the competition.

Out on the main stage Ru introduces the panel of judges, and the queens work the runway in their most ferocious “Beast Couture”. The looks range from flawless glam Disney villain, to red horned demon. After walking the runway, we get to see the soda commercials. We start with Utica’s, which is confusing, and not a soda I would want to drink at all. The judges critique her for not really putting her brand into the commercial, and her look is just ok. Kandy’s commercial is next, and it’s good. The judges love her humour, and her runway look is equally ridiculous and confusing (no really… I still don’t get it). Tina’s commercial is typically Tina, and the judges are growing tired of the flaming predictability but love the different turn she took with her runway look. Symone’s commercial is a home run, and so is her foxy runway look. Gottmik produced the Inception of soda commercials as in, we all watched the same thing, but none of us can really explain what it was truly about at its core. It didn’t translate as well as it could have, but her runway look, as usual checked all the boxes. The judges thought Olivia was too smiley in her commercial but loved that she stepped outside of her happy box on the runway. Rosé’s commercial is last, and it’s for sure one of the best of the week. I want a can of whatever she’s selling, and the judges loved the playful side she showed in the commercial. They didn’t spend enough time talking about her devilish runway look, but it made hell look like it might be a good time. Anything to get out of the house… am I right? 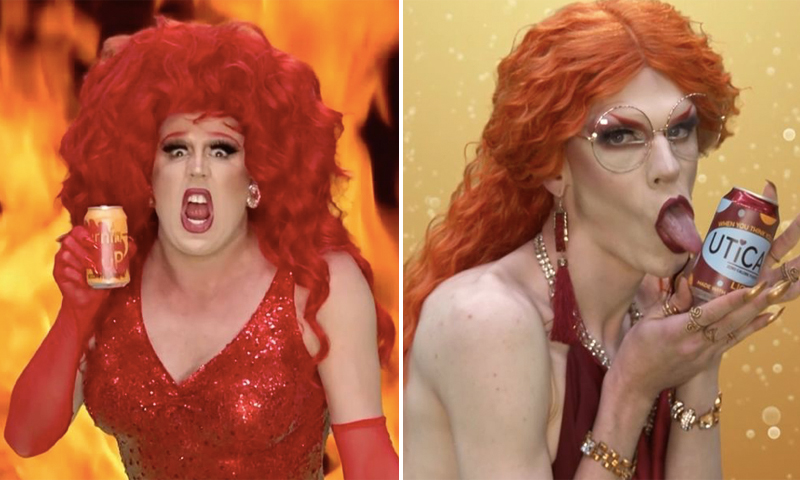 After the judges deliberate, Ru announces that Symone is the winner of this week’s challenge. Two in a row, and her fourth overall! Rosé is ALSO the winner of this week’s challenge! Come on double win! Kandy, Olivia, and Gottmik are all safe. This leaves Tina Burner, and last week’s winner Utica in the bottom, (I. LOVE. FORESHADOWING!) and both are up for elimination. The two bottom queens lip sync for their lives to My Humps by the Black Eyed Peas. Following the lip sync, Ru decides that Utica will stay, ending Tina’s time in the competition. Burn baby, burn.

Front runners of the week: The spent the first half of the season warming up, but Rosé and Symone are both certified season 13 icons.

Most confusing look of the week: Kandy… girl… what was that?

What we’ll see next week: The remaining queens take their turns at the podium roasting past Ru Girls. Warning, this might get uncomfortable. 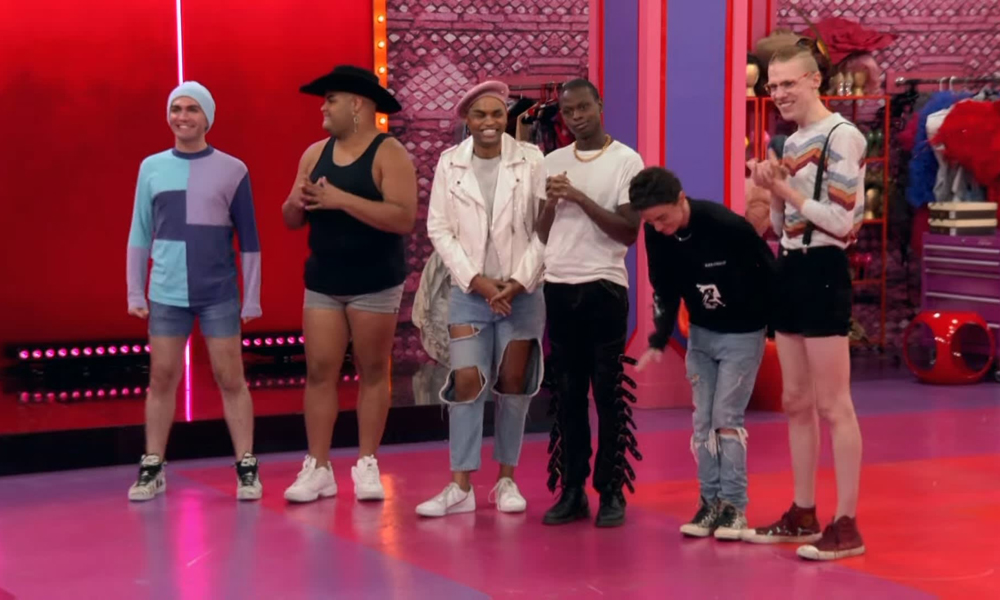