Home / Latest  / Queens Of The Round Table: The Sex Lives Of Drag Queens
Latest Life Sex

Between the wigs, the makeup, the heels, the breastplates, the performing and putting up with drunks on a nightly basis, a drag queen invests plenty of time, effort, money and patience to entertaining audiences while exuding sex and looking fierce AF. But does the fantasy remain after she sashays off stage, removes her sweaty hip pads and peels off the duct tape fastened to her scrotum?

When potential sexual partners find out you’re a drag queen, what is their general reaction?

Honey Davenport: I think there is definitely some hesitation and a stigma attached for some people, but for the most part my experiences have been positive. After my season of RuPaul’s Drag Race began airing, Bob the Drag Queen told me, ‘Don’t be afraid to put your dick in a fan.’ At first I thought that sounded painful, but then I realized it was actually good advice. During the Season 11 tour, I changed my Grindr and Scruff name to ‘I Fuck My Fans.’ I felt like a rock star!

Lucy Flawless: I keep my Instagram attached to my Grindr profile in hopes that it’ll weed out the bad ones, but it’s funny how many people don’t check before making contact. Often we’ll be elbow-deep in dick pics and dirty chat when I’m blocked, and I’m like, ‘Yeah, you finally clocked the Insta-link, dumbass.’ But I’d say the majority of people have neutral-positive reactions, though there are always some cases of extreme yes or extreme no (both are a turn-off for me). Just last week someone told me it was always their dream to have sex with a drag queen – that’s a big red flag. I’ve also had men ask me to get into drag just to have sex with them and they don’t even wanna pay for it. Not going to happen!

Salina Estitties: I believe most of the time there’s a stigma, but RuPaul’s Drag Race has helped normalize the concept of drag. Six years ago, I would have been absolutely terrified of tricks finding out I did drag. My own internalized homophobia got the best of me when this happened one too many times. I even quit drag for a couple of months to sort these issues out. But through the help and understanding of my sex worker friends, I’ve learned to embrace who I am. I think as a collective, our community is ‘woke’ enough and accepting enough to separate the two, but I also live in West Hollywood. I know my experience is way different from a queen who lives in rural Indiana.

Do you attract sexual attention in or out of drag?

Honey Davenport: I certainly hope so! I am the most sex-positive queen you will ever meet. With all the attention I pay to getting myself ready in drag, I hope people stare at my ass while I’m performing. My real desire is that they’ll want to rip my drag off, have a fun romp, and buy me a new outfit in the morning.

Lucy Flawless: I absolutely attract more sexual energy when I’m in drag. Being in drag is the greatest icebreaker ever. Just about anyone will come up and talk to you. Personally, sex appeal is a large part of my stage persona, I project it on stage and I use it to get money from people and I get a few compliments along the way.

Salina Estitties: Since my drag persona is a spicy, thick-bottomed Latina, I exude sex and sensuality in drag. I invite that energy in. I like to think part of my gig is allowing people to get in touch with their inner freak, so a lot of people want attention in some sort of way. On the other hand, there are men who take it too far, and I’ve had to excuse myself because they’re being total creeps.

I get fetishized most after the gig, mostly by Uber drivers! I remember one time this Uber driver kept circling the block trying to get me to hop in the car with him. He drove me around the block to a dark street and, as I blew, I noticed a baby seat in the back of the car and his wife as his lock screen on his phone.

Sex in drag: love it or hate it?

Honey Davenport: Back in my New York days, I used to throw some wild stripper parties. There are definitely some sexy stories I could tell from the dark rooms of those parties, and they all involve me in drag. At this point in my career, getting laid is the last thing I’m thinking about in drag. I’m serious about my craft and focused on my art, and put all of my energy into giving the best performance possible.

Lucy Flawless: Hate it, hate it, hate it! I think I’ve had sex in drag twice in my life. If I’ve got nails on, lips on, or hair on, it really limits what I can do. Personally, I don’t connect with drag on a sexual level. When I get in drag and go perform for people, that’s me going to work. Also, I’m a trained performer, and entertainment is a business I’ve been hustling for a while. After a night of performing, I’m tired and want to get out of drag, not have sex in it.

Salina Estitties: I’ve given and received head in drag, and I’ve only ever fucked once in drag. It was Raven Symone’s birthday party at the Roosevelt in Hollywood during Xmas and I was dressed as a pregnant Mrs. Claus. I caught the attention of Raven’s 6’4” ‘straight’ friend. My nails were popping off while I was topping him.

There have been times where the men I’m hooking up with think I’m trans woman and anticipate a penis, but they don’t want to see anything ‘manly’ beyond that. There have been times where they see how furry my ass is and then tell me they’re not interested, or times I meet someone and we plan to meet up later and I show up out of drag and they aren’t interested anymore cuz I’m not longer presenting as a woman.

Do you feel sexiest in or out of drag?

Honey Davenport: I feel incredibly sexy out of drag as James. Thanks to the interviews on RuPaul’s Drag Race, everyone was able to see the trade that exists under the makeup. Growing up as a queer Black effeminate young adult growing up in West Philly, I did not feel sexy. My self-sexiness exploded once I was fortunate enough to be on television. Surprisingly, having millions of fans calling me trade and thousands of my followers double-clicking on Instagram pictures of my bum is an amazing confidence booster!

Lucy Flawless: I project more sexual energy in drag – often I’m literally performing sexiness. However, I wouldn’t say that I feel sexual in drag. I know that I look sexy AF when I’m all dolled up, but it isn’t comfortable. It might look bomb dot com, but my dick and balls are up in my throat, I’m wearing five pairs of tights, heels, and my head is duct-taped. I feel sexiest when I’m wearing next to nothing.

Salina Estitties: Being in drag has allowed me to find that confidence to take with me out of drag. In drag, I always feel sexy. Out of drag it varies depending on how my body feels. As a thick Latinx person, my body fluctuates a lot. Right now with this quarantine weight, I don’t feel sexy out of drag, but I know that’s something I can work on and work towards.

Do you have standout stories to share about sex and drag? Spill!

Honey Davenport: The better question is, do we have enough time for all my hilarious stories about sex and drag? I’ve lost wigs mid-fellatio, I’ve had my breastplate fall out of my bra, and I once even lost a nail during finger play. That being said, as a lady I can’t give away all of my stories, but I hope interviews like this start to normalize sexuality just a little more for everyone.

Lucy Flawless: There was one night, I walked out of a bar and this cute man was standing there. Unfortunately, he was the worst kind of American straight guy you could meet and was starting to really annoy me, so I ate his ass and kicked him out. After, when I looked at my face in the mirror, everything from the eyeballs down was gone. I don’t know if straight boys look at their buttholes, but his would have been every colour of the rainbow that night. Sure beats a makeup wipe!

Salina Estitties: I’ve shared two of my favourites already, so here’s another: one time I was performing at a brunch show, and there was this cute skater boy who kept eyeballing me. I escorted him to a bathroom stall and he wanted to suck me off. So he is pulling down my five layers of tights, untucking my dick, with my balls falling out of their tucking cavity – very sexy. As soon as I exclaimed, ‘Oh, fuck yeah,’ in my natural male voice, he stopped, looked at me, and I had to readjust my voice and say, ‘Oh, don’t stop, papi,’ and he continued. I had to moan in drag to keep his fantasy alive. Lesson learned! 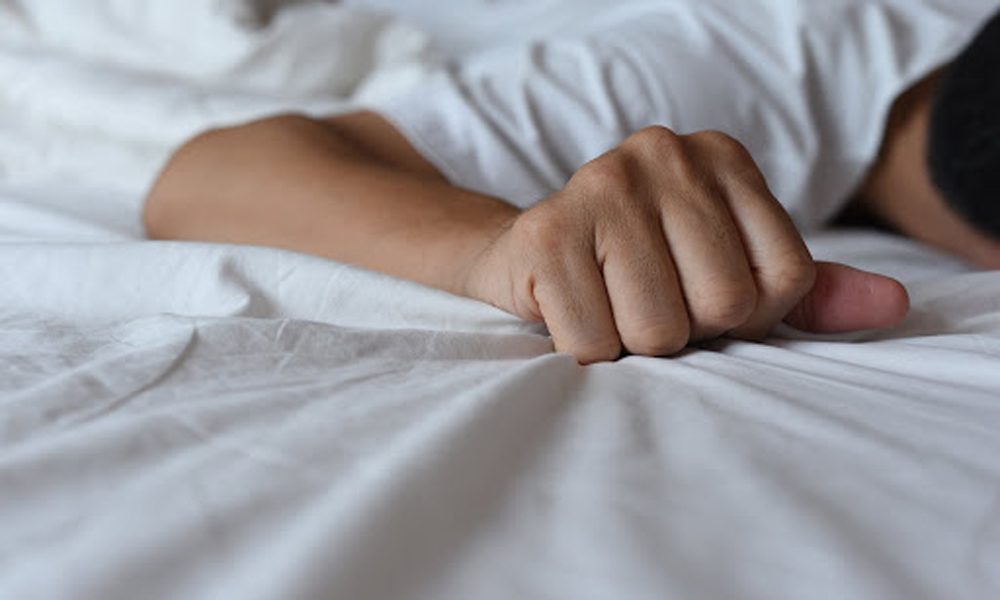 Between The Sheets: What Does A Prostate Orgasm Feel Like?