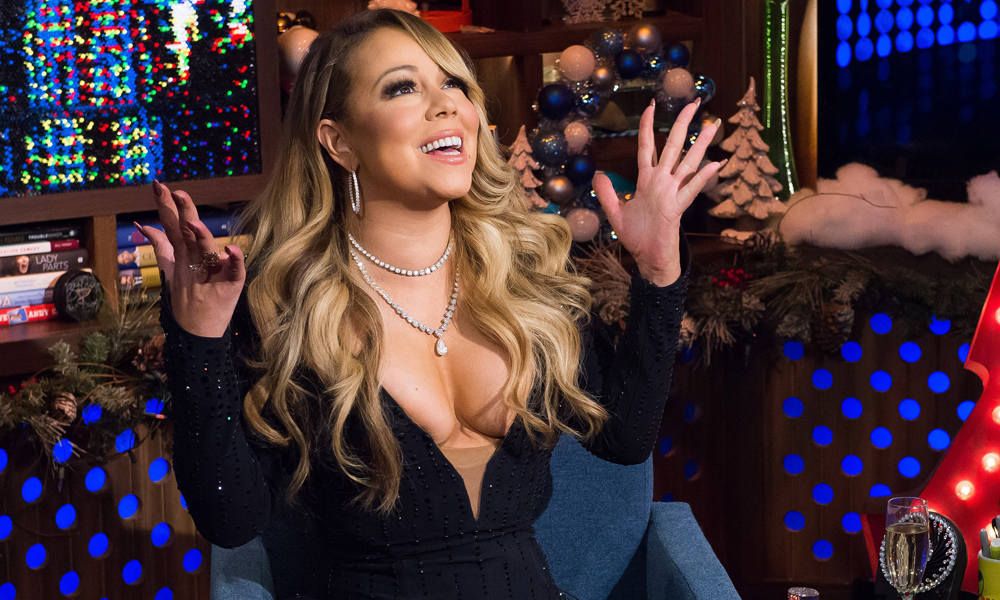 Our favourite diva moments and feuds from our musical goddesses…

Lizzo phrased it best when she sang: “I just took a DNA test. Turns out, I’m 100% that bitch.” As proud family members living under the LGBTQ rainbow, dying for drama is just part of our DNA. And who, but the musical greats, are better at serving up scalding dishes of hot takes? Here, our favourite diva moments and feuds from our musical goddesses. 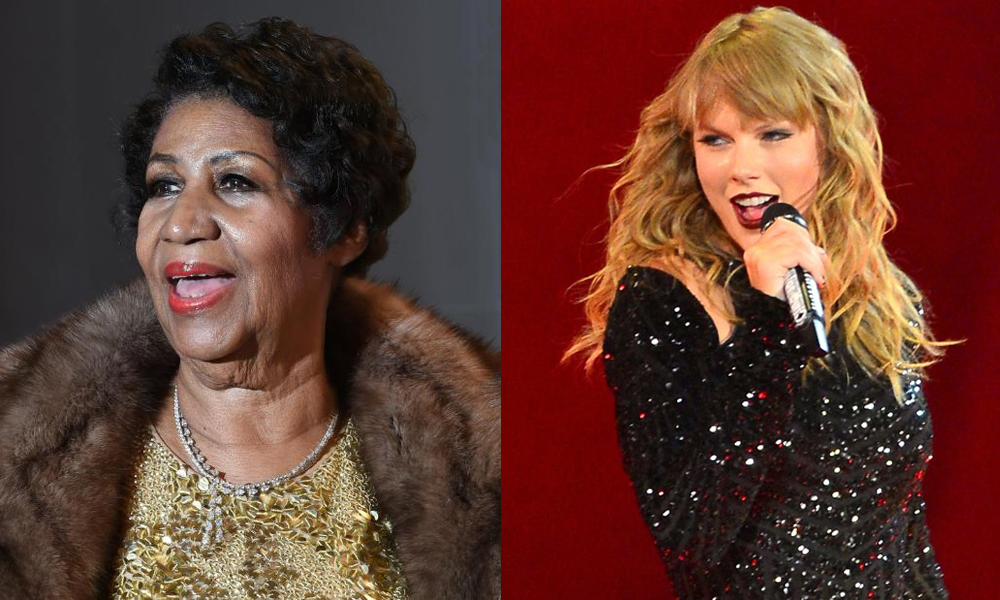 Aretha Franklin vs. Taylor Swift
Aretha Franklin – who was no stranger to the dramatic moment – was interviewed by the Wall Street Journal and asked about various female singers of the day. After waxing poetic about Adele and her musical talents, when asked about Taylor Swift the great chanteuse merely said: “Great gowns. Beautiful gowns.” Here’s hoping T-Swift was able to “Shake It Off”. 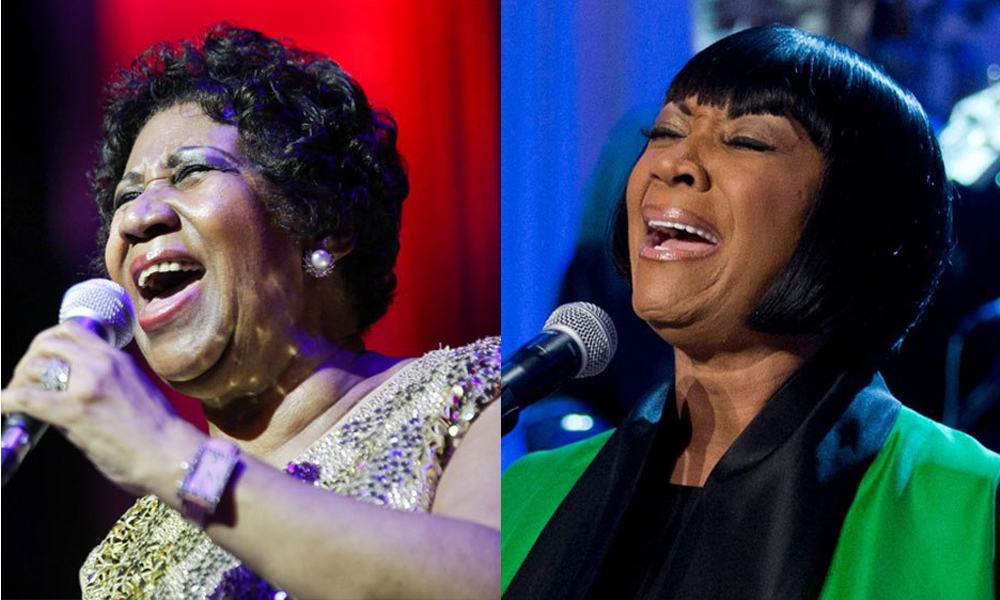 Aretha Franklin vs. Patti LaBelle
Speaking of Aretha, she and fellow singing sensation Patti LaBelle were rumoured to have had a decades long feud. People point at Franklin avoiding shaking LaBelle’s hand at the White House in 2014 as one possible source (or example) of the tension, but following Franklin’s death in 2018, LaBelle put the rumours to rest, saying Franklin was  “a rare treasure whose unmatched musical genius helped craft the soundtrack to the lives of so many.” Franklin also said “Me and Patti are cool and we always have been.” Sometimes the notion of two powerful women fighting (see: FX’s Feud about Bette Davis and Joan Crawford) is more thrilling than the fact that they don’t have to always be besties. 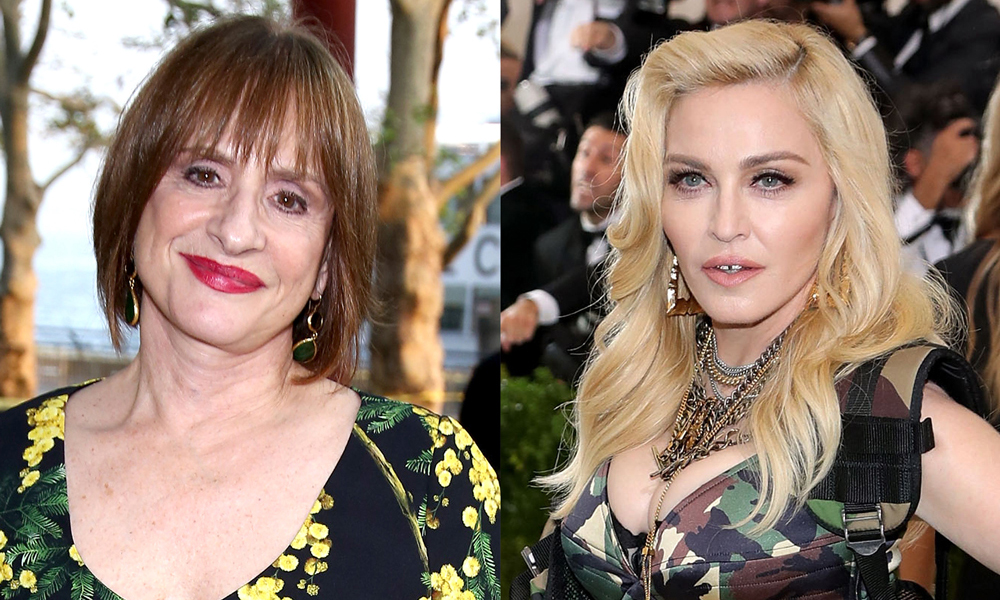 Patti Lupone vs. Madonna
Broadway was the birthplace of diva behaviour, long before gay-beloved-yet-everyone-else-maligned TV hit Smash (starring Debra Messing and her scarves) made waves. Case in point: Patti Lupone and everything she says. But perhaps her most iconic slam was a recent one: in 2017, when on Watch What Happens Live with Andy Cohen, she said of Madonna (who played Lupone’s Broadway role in the film Evita): “She’s dead behind the eyes. She couldn’t act her way out of a paper bag. She should not be in film or on stage.” Ouch. Don’t cry for her, Argentina. 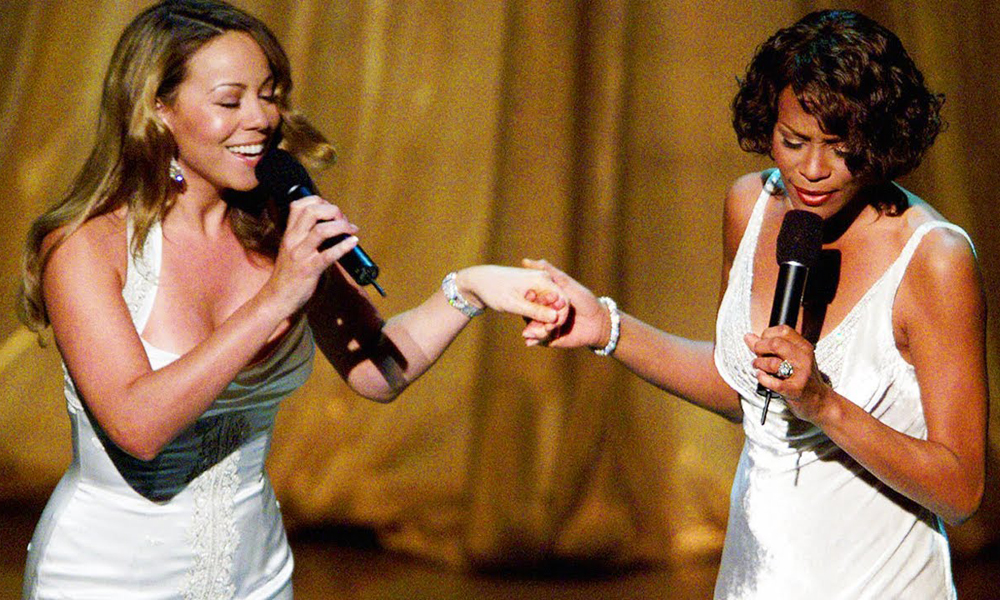 Whitney Houston vs. Mariah Carey
In 1990, Whitney Houston was interviewed on Dutch television. The host asked her “what do you think of Mariah Carey?” To which Houston responded: “I don’t think of her”. She went on to say that Carey is a good singer, but sheesh Whitney, that burn wasn’t right, but it was okay. 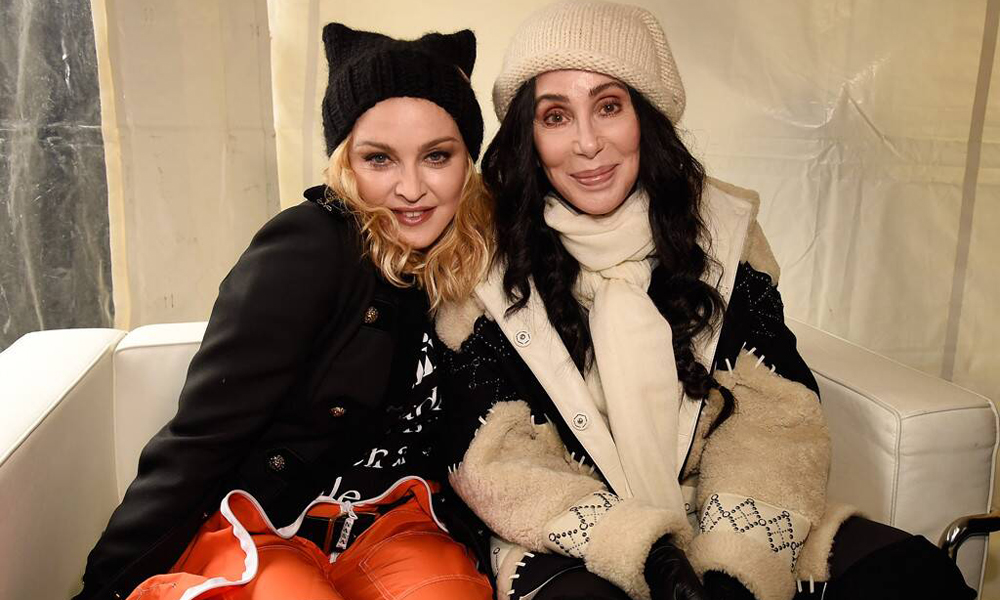 Cher vs. Madonna
In 1991 on British television, Cher was asked about Madonna. Cher apparently wasn’t a fan of the Material Girl, going on to say that Madonna wasn’t particularly talented or beautiful and was mean. In case anyone was worried the last few decades cooled Cher’s distaste for Madonna, fret not: on a recent episode of Ellen, she was asked who she’d like to duet with and she exclaimed “Adele, Pink and not Madonna!”. Do you believe in life after the burn ward, Madonna? 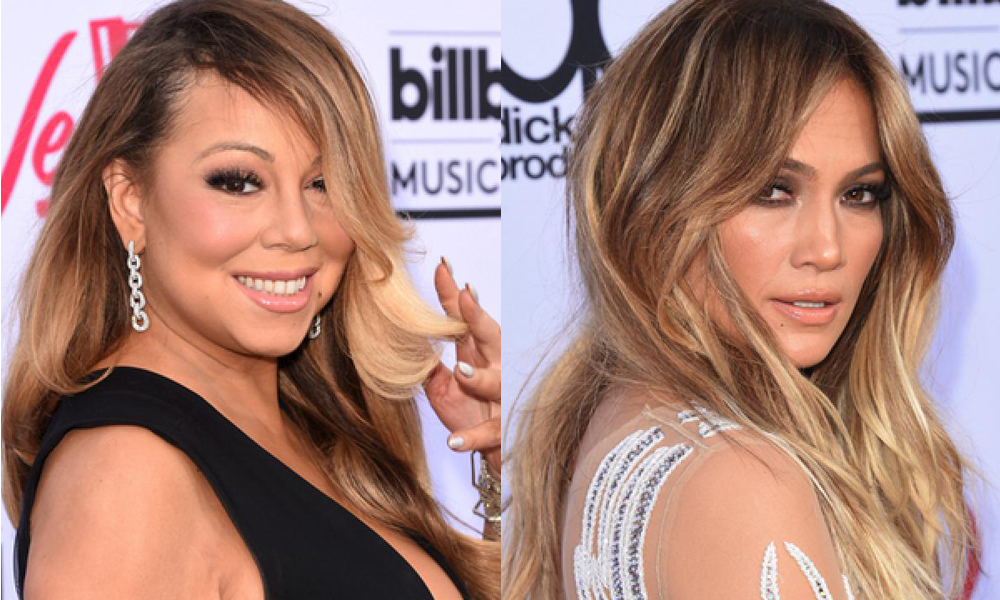 Mariah Carey vs. Jennifer Lopez
In the early 2000s, Mariah Carey (whose diva moments could fill a whole article) was interviewed and asked about Jennifer Lopez. In the silence heard round the world, Carey replied: “I don’t know her.” Now this isn’t like Jennifer Lopez as a Fly Girl on In Living Color – by this point she had already starred as Selena, released On The 6, and even worn that iconic green Versace dress to the Grammys with Puffy. Carey later told Pitchfork magazine “I was trying to say something nice or say nothing at all. I really was.” That wasn’t just like honey, Honey.

JLo, at the 2015 Billboard Music Awards, was filmed scrolling through her phone during one of Mariah’s performances. She later told Andy Cohen on Watch What Happens Live: “First of all, that was not fair with the texting thing because I watched a lot of it — it was a long performance. I watched most of it, I may have looked down for one second and people were like, ‘Look at her! Look at her!’” Damn! More like Jenny From The Blockdt! 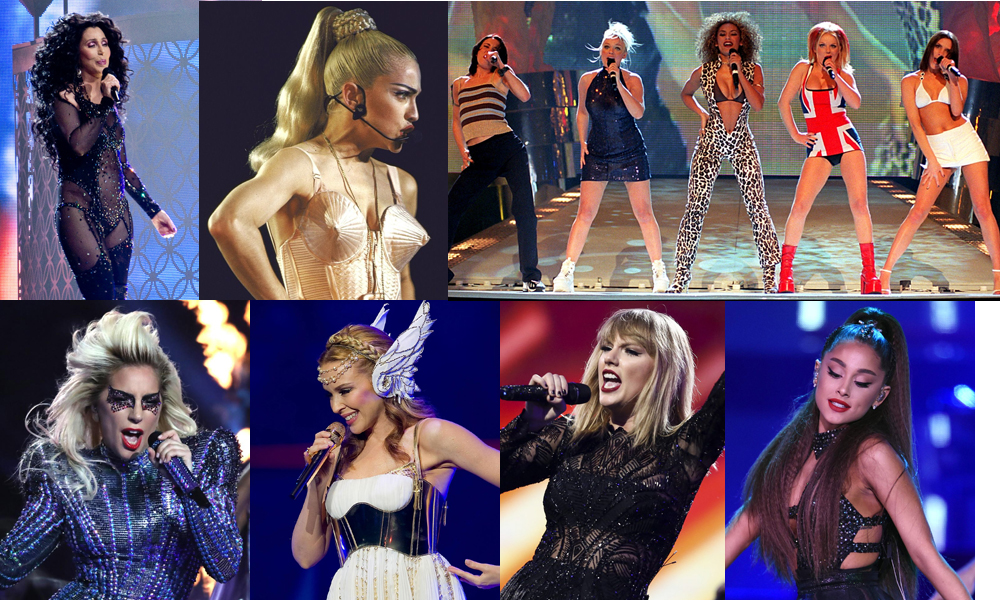 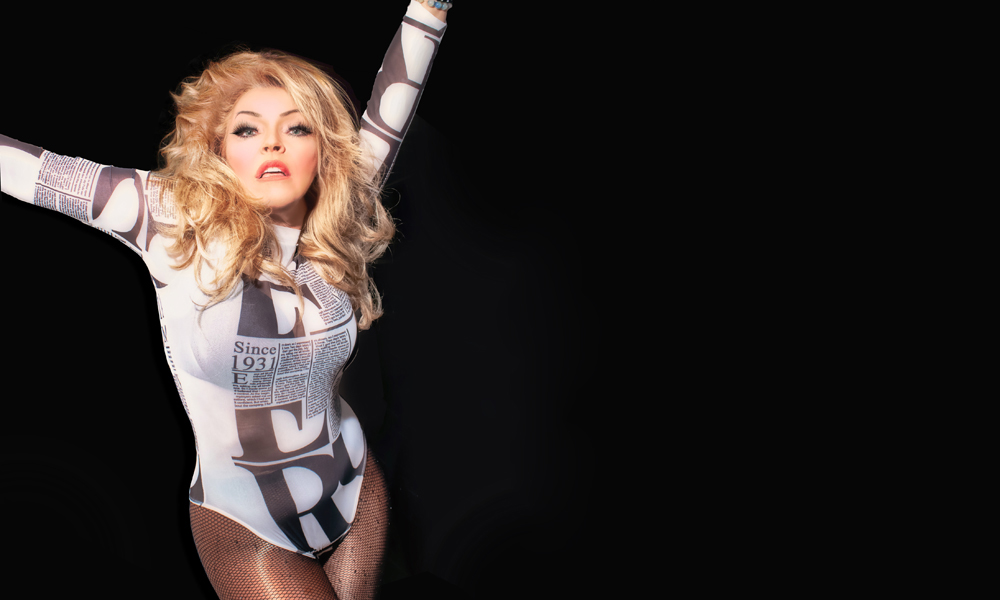 Kristine W Is Ready To Release Her Issues