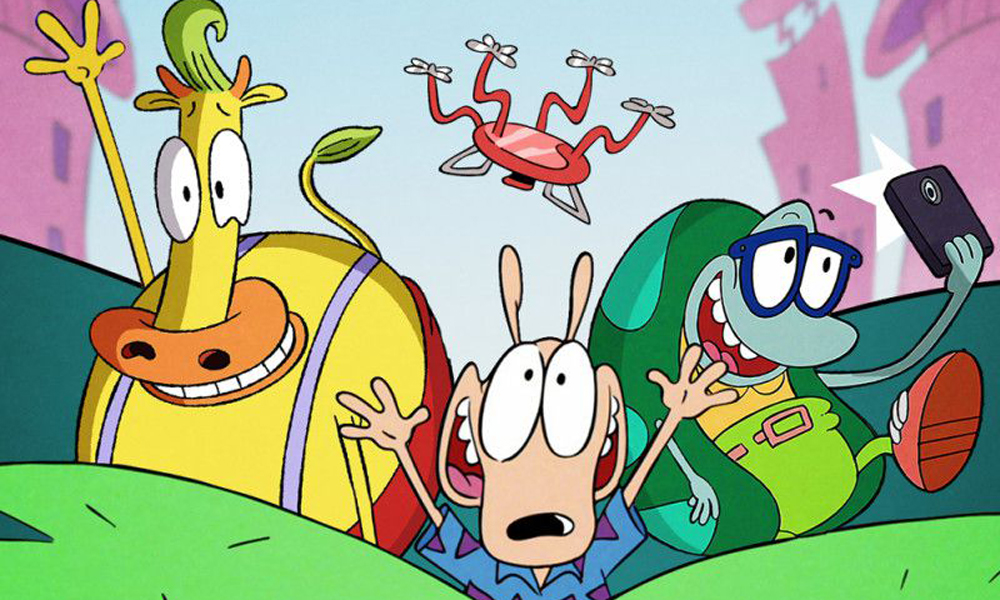 The storyline, in which Ralph Bighead is now Rachel, marks a shift for LGBTQ+ visibility…

Netflix is rebooting beloved 90’s cartoon Rocko’s Modern Life, which originally aired on Nickelodeon from 1993 to 1996, but there will be one major difference… Rocko’s Modern Life: Static Cling will add a prominent transgender storyline to its upcoming 45-minute revival.

Rocko’s Modern Life: Static Cling, picks up up 20 years after the series finale and finds Rocko, the exasperated wallaby, and his friends Heffer (an exuberant steer) and Philbert (an anxious turtle) returning to an Earth that’s very different than when they left. Suddenly, their hometown is awash with coffee shops, food trucks, cell phones, and many other modern conveniences. One other change: Their friend Ralph, the child of Mr. and Mrs. Bighead, now identifies as Rachel.

“When I started writing (the movie), I really started latching on to the idea of change and how society has changed and what’s gone on in the last 20 years and the development of our characters and how they would react to change,” said series creator Joe Murray. “It felt natural because it was not only about change, about somebody finding who they are and making that courageous choice to go through that change.”

“Rocko’s Modern Life: Static Cling tells a beautiful — and hilarious — story about accepting change,” said Adams. “This story of inclusion and acceptance is so needed in our current climate.”