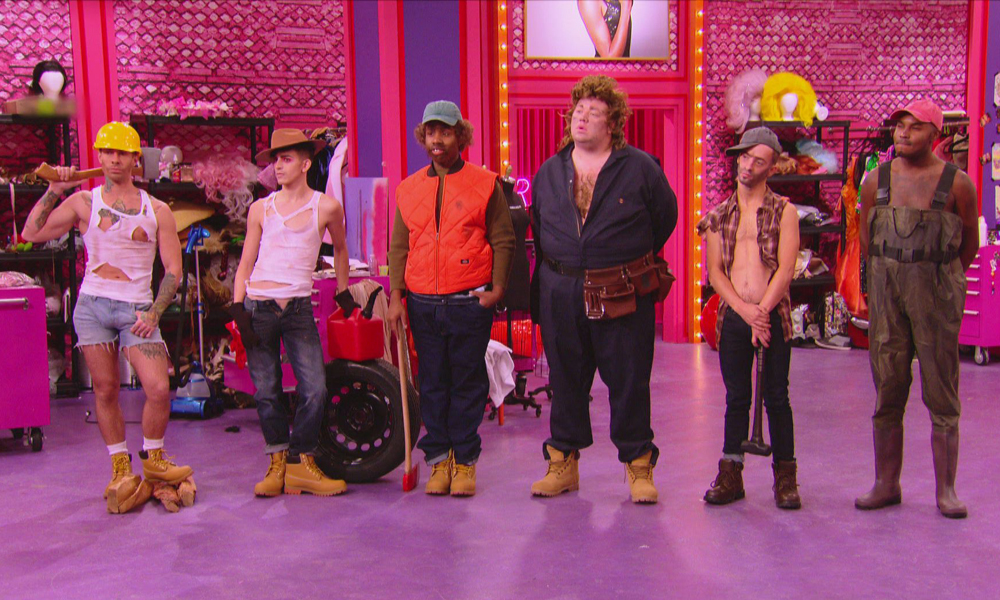 We’re back with our top six again following last week’s non-elimination, and some of the queens had something to say about it. In the confessional, Monét X Change said she “wished it was the top five” instead, and Aquaria went on a rant because she felt it was unfair for people to get the lucky chance at this point in the competition. Ever the realist, and “mom-friend” of the group, Asia checked her and told her that she was being narcissistic by making something that had nothing to do with her, all about her. While Aquaria was airing out her grievances, Eureka and Kameron were happy for the second chance, and Miz Cracker revealed her new goal was to be the first winner of RuPaul’s Drag Race that had never won a challenge.

A new day in the werk room also brought this week’s mini challenge. Before starting the mini challenge, Aquaria apologized for lashing out after the non-elimination, and thanked Asia for keeping her grounded in a competition that is mentally, and physically exhausting. This week the queens did something a little different. Their task was to get in super-masculine drag, and take some photos to promote Ru’s new fragrance Trade. Not surprisingly, Kameron pulled it out with the muscles, and Aquaria still rocked some eye shadow with her trade lewk. Eureka however, really went for it with a mullet wig, matching chest hair, and a mechanic’s uniform. Armed with her southern accent, Eureka’s B.J scared me, and won her the mini challenge. Trade gave us a different side to the queens that was a much-needed break at this point in the competition.

Following the mini challenge, Ru revealed this week’s maxi challenge. The drag family makeover challenge is a competition staple, and an audience favourite. So it’s no surprise the expectations were high for this season’s. In past seasons the queens have had to make over army veterans, members of the Drag Race crew, cast members of Little Women: LA, and even their own family members into their drag sisters/daughters. The rules are always the same, create a sickening look, and make sure there is a strong family resemblance. This season’s makeover guests were none other than some social media kings and influencers. Eureka’s prize for winning the mini challenge was to match the influencers with their drag queen partners. Eureka’s choices were: 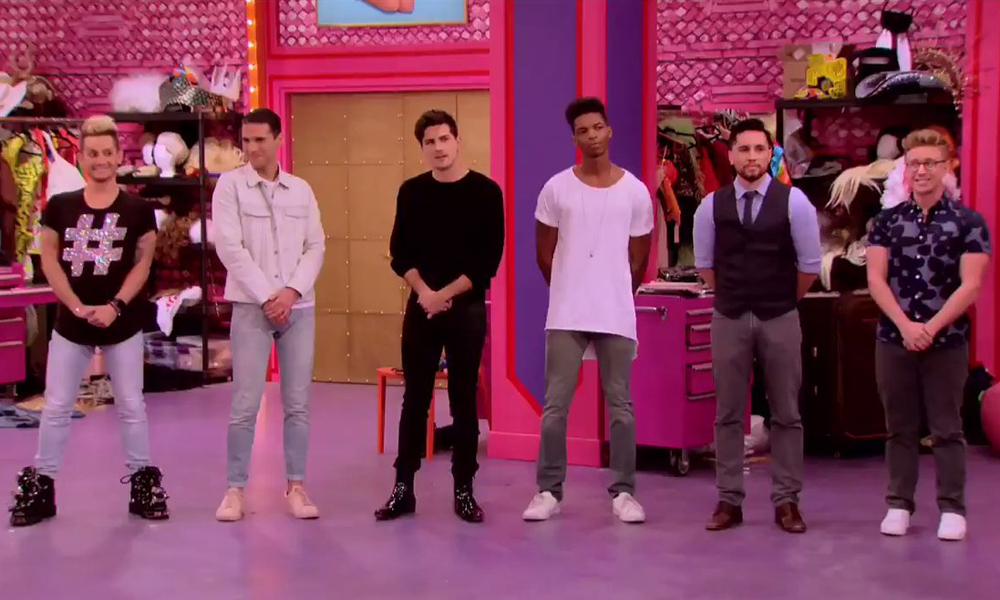 As the pairs started working together for the first time, Eureka revealed her strategy with pairing was to mix it up and challenge some of the other queens with people she didn’t think there would be a strong family resemblance with. Since the guests this season are all people who share their lives online, there were a lot of loud and open personalities in the werk room. This is something we haven’t seen in past season make over challenges, and it was a nice change from hot gluing fabric on the floor and silently dragging other teams that we’ve seen so much in the past. Some of the queens were worried that their straight partners wouldn’t be able to bring it on the runway, and others were really coming together, and working well. Mainly, Asia and Raymond clicked early on, and connected with what their ideals, and values were when it came to the roles of Drag Queens in the LGBTQ+ community. Monét and Tyler bonded over their similar adventurous personalities, and Frankie and Eureka were two loud peas in a pod. Miz Cracker and Chester bonded over their introverted personalities in the werk room, and decided to use it to their advantage. Later on, Ru spoke to Cracker and Chester about not letting their perception of themselves get in the way of enjoying, and living in the moment, and simply going with it.

Upon learning her partner was straight, Kameron expressed just how apprehensive she was to work with Anthony based on experiences she had growing up. The two of them seemed to both be shy, and didn’t say much to each other while they were getting to know each other. In the werk room Ru provided the queens, and really, all of us with a VERY valuable piece of information. Two words, expandable, shoes. Apparently they’re the secret to standing a long time in heels if you’re not a frequent wearer. We’re taking this info, and running with it.

It was finally time to get their social media stars ready and into drag, and across the runway in front of guest judges Lizzo, and Miles Heizer. There were tucks, tape, and plenty of vinyl heels to go around. Tyler Oakley even threw a little shade at Eureka and Frankie. Absolutely stealing the show was shy Chester, who thanks to Cracker’s painting, turned out the look, and gave the mirror a little Alyssa Edwards realness. Their confidence, and family resemblance also slayed the runway, as did Asia and Raymond, and Eureka and Frankie. Chester (Miz Cookie) and Cracker took first place this week, for Cracker’s first time. I guess she won’t be the first winner of Drag Race that hasn’t won a challenge anymore. Leaving us wanting slightly more, and for not giving strong family resemblance were this week’s bottoms, Kameron, Monét, and Aquaria. Aquaria’s unclockalble makeup on Kingsley was enough to save her from the bottom two, and she was safe for the week. That means that Monét and Kameron were both lip-syncing for their lives this week to guest judge Lizzo’s hit song “Good as Hell.” Both queens delivered strong performances, and at this point in the competition the queens are all fierce, so picking somebody to go home is getting harder and harder. In the end Ru saved Kameron, and sent Monét X Change home. Monét has definitely made her mark on the competition, and may be a strong contender for this season’s Miss Congeniality. We’re going to miss Monét in the confessionals, and especially her pulling sponges out of nowhere every week from her episode one lewk (one of which she used to wipe some tears after her elimination). We love you Monét!

Most memorable quote:
“A bitch can’t even get a second chance around here.” – Asia O’Hara

What we’ll see next week:
The queens will play their own evil twins based on their worst traits, and Lena Dunham guest judges… what could possibly go wrong?