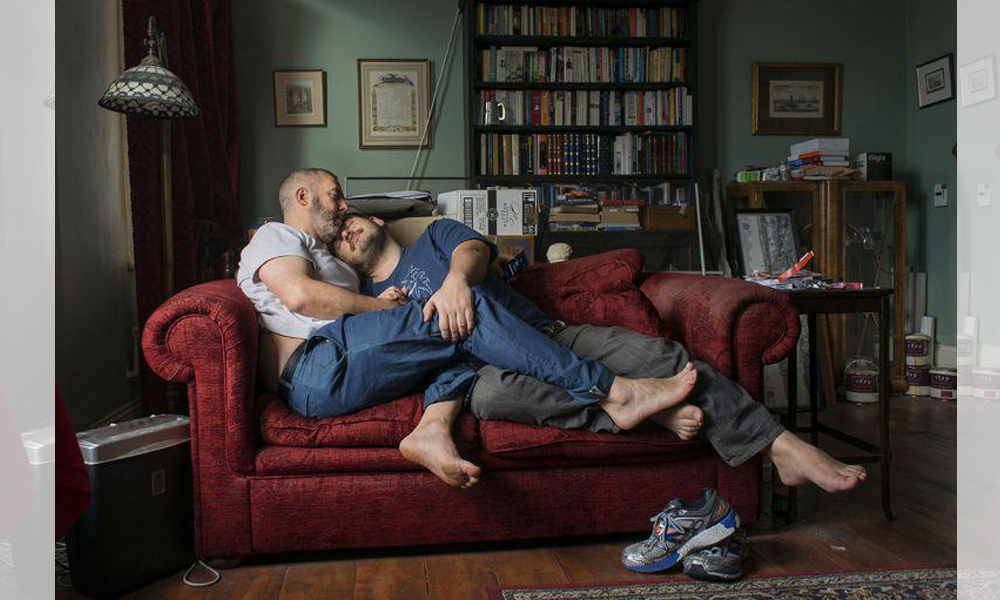 The Love in London photography contest originally launched on February 14th to celebrate “love, diversity and unity” in the UK capital…

A gay couple took out the top spot of a British photo competition, which aimed to “cheer up our city.”

Scott Hamilton submitted a photo earlier this year to the Love in London competition, showing him and his partner snuggling on the couch. Aptly titled “Snuggle,” Hamilton won the “love your partner” category of the photo competition with the photo he took using a self-timer camera.

He was one of the more than 700 entrants in the charity competition, which launched on Valentine’s Day and ran for three weeks. The photo will now appear on 50 billboards across London.

Hamilton said: “This competition was a really beautiful idea. I love the thought of spreading some happiness and joy across London and I’m really privileged that the judges chose my entry.”

“I hope that people get the same feeling of comfort and joy out of this picture that I have each time I see it.”

The Love in London photo competition was intended to boost morale in London after the city’s tumultuous 2017, filled with dramatic events including sexual scandals and terrorist attacks.

Michael Blakeley, founder of the dating app CLiKD, which was behind the photo competition, said the photos would provide “an opportunity to display optimism and positivity for millions to see on their daily commute.”

There were six categories in the Love in London competition: Love London, Love Your Community, Love Your Friends, Love Yourself, Love Your Partner, Love What You Do. You can see all of the 2018 winners here.