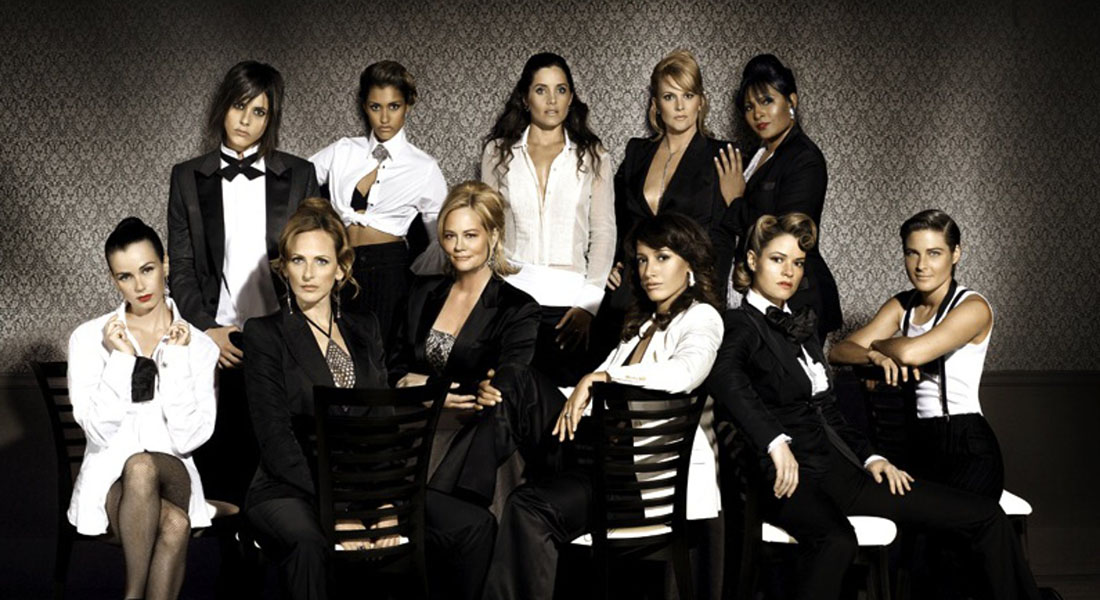 Two lesbians walk into a bar. They sit down, order drinks and start talking. They’re on a first date. They’re friends. They’re strangers. One leans in and asks the other, “So, what character from The L Word do you most relate to?”

In 2004, Ilene Chaiken’s new Showtime series blew the hinges off the lesbian TV door, providing entry into a planet where lesbian TV isn’t groundbreaking or alien—it’s just normal, and it functions off the female gaze, not the male one. The series also did something gigantic: it cemented a new ritual for the ways lesbians observe, work, interact, date, hook up and break up in real life. Its characters became iconic, household names. Going “gay for Shane” (character Shane McCutcheon) was a new way to proclaim your latent sexuality.

The L Word offered movement in a stagnant place for lesbian representation on television. Not every story and every person was represented in a neatly wrapped box—but even at its most frustrating, messy lows, The L Word was conversation-worthy. It gave a reason for Sunday-night gatherings. It gave long-term jobs to creative women (the many female actors, directors, writers and crew members who worked on the series). Most importantly: it opened closets. Beyond the screen, it offered new insight and recognition about ourselves and each other.

When YouTube was still brand new and The L Word had been around for a season, there I was—watching “lesbian scenes from film and TV” montage videos. I was a closeted 19-year-old. It was the first time I had ever seen Shane. Growing up in a heteronormative bubble, spotting a butch-leaning woman was a thrill and a relief. Not only has mainstream TV strayed away from featuring butch female characters, I simply lived in a place where—at bars, restaurants, grocery stores and malls—spotting a dyke in the wild was like spotting an endangered species. Shane wasn’t representative of all lesbians, but her television presence was visually validating.

So I dropped everything and rented the first season of The L Word from my local Blockbuster. I had never been so deeply affected by a TV show in my life. It made me feel inspired, yet sad—and eager for change, acknowledgment and personal bravery. We didn’t even have marriage equality yet.

When recent talk of an L Word reboot made media headlines this summer, there was a collective moment among lesbians everywhere who know: we conjured this reboot. Jennifer Beals, Kate Mooenig and Leisha Hailey have reported they will sign on as executive producers, reprising their roles as Bette, Shane and Alice. Someone cue Pink and the Indigo Girls’ “Dear Mr. President” and get Bette back on a farm tractor. Beals tweeted on July 11: “It’s on. Think more rebel yell than reboot.” Ah, the sight of Bette Porter yelling—gimme more.

Creator Ilene Chaiken will also co-executive produce, but it’s rumoured she will step down as showrunner to make room for fresh writers and new perspective. It’s imperative, to L Word devotees and critics alike, that any reboot pay respect and regard to all of the changes we’ve witnessed since 2009, as well as the very real battles we are still fighting today—GLAAD recently called for increased and accurate media coverage of transgender murders, almost all of which are transgender women of colour. Previously, the show represented a majority-white middle- to upper-class community and showed only the pitfalls relative to that world. This poked some holes in the evolution of the series—like the erasure of bisexual characters like Alice, Max’s transgender invisibility/isolation, and Bette’s biracial experience being overlooked and delegitimized.

But it’s also important that fans remember: a TV show can’t serve every function, or be relatable to every viewer. Characters, like real people, are not flawless. They come with setbacks. Bette Porter in full-blown road rage is entertaining, and we forgave her for cheating on Tina. That said: maybe the question isn’t, “Who killed Jenny?” Did we kill Jenny Schecter? Yes. Because Jenny Schecter (Mia Kirshner) was The L Word. And some viewers still can’t forgive, tolerate or like her, even in death.

The fatal hiccup was the final season of The L Word. A murder mystery didn’t couple well with the “talking, laughing, loving, breathing” mantra during the show’s five-year run. The death of Jenny Schecter marked the end of the series and the beginning of countless lesbian deaths on TV. If you disagree, consider the sobering fact that 62 lesbian or queer female characters have been killed off on US television in the last two television seasons alone.

While Jenny was our POV into The L Word from the start, many grew to despise the character. “Hello, Bette.” It wasn’t when Jenny cheated on her fiancé Tim with Marina that broke her moral compass—we all wanted Jenny to be gay. Viewers turned on Jenny slowly: after she cut herself, after she chopped her hair, after she bared her body onstage, when she began deeply researching her Jewish heritage, when she kissed anyone, when she got revenge on Stacy Merkin (the vagina wig), when she chose Nikki, when she realized she loved Shane. Sure, she turned into a brat when she started making Lez Girls, but she was completely cornered in the end. It calls to mind other female characters of the past who have been vilified for being opinionated, expressing a darker side, or displaying their mental health crises.

Of course, some turns of events were even more devastating—like the abrupt death of Dana Fairbanks (Erin Daniels) after her character is diagnosed with breast cancer. As a breast cancer survivor myself, it would have felt way more satisfying and real to see Dana champion her intrusive and traumatic ordeal—a physical and spiritual journey that is often misunderstood and overpowered by imagery of pink ribbons and bald heads. Ghost Dana is drinking beer, though. She’s good. A reboot doesn’t owe us Dana, or even Jenny. It only needs to do what it’s always done—show up in our real-life conversations, make us ask bold questions, and continue opening closets and minds.

The L Word painted a backdrop like most shows, and the setting itself served as a character. In a way, this fictional world was our indulgent escape. We rewatch The L Word when we’re single, when we’re processing heartbreak, and when we’re drinking a Dos Equis with new lovers. If you didn’t know what to say to your crush, or how to kick someone out of your apartment, or how to talk to your family when you came out, The L Word opened a door. It taught me way more than I ever learned in health class, teen magazines or rom-coms. So, why is it important to see The L Word make a return? Because it’s time to heal. Because the lesbian phone is ringing. Because we still exist and this is still the way that we live and love. 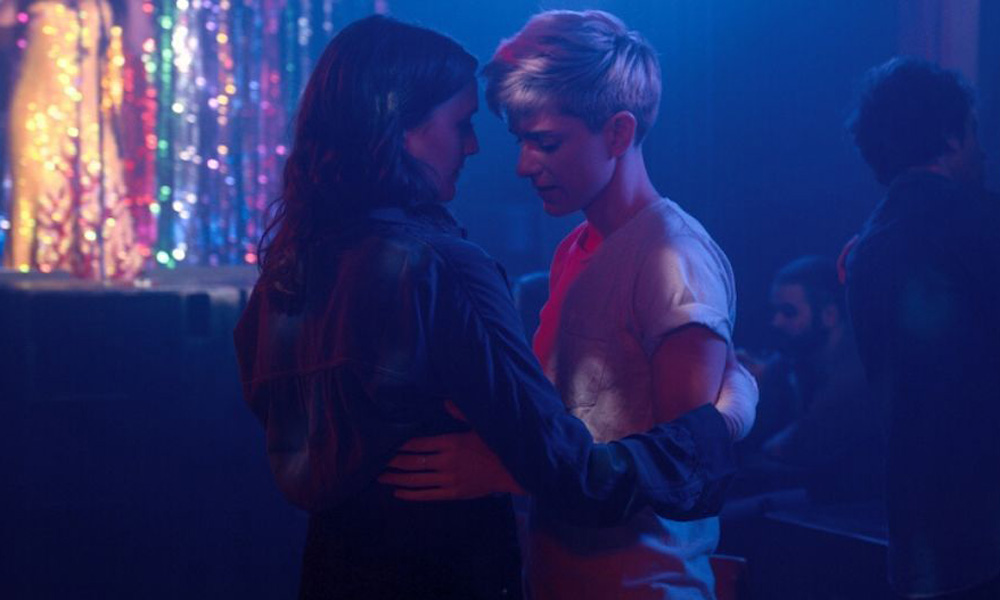 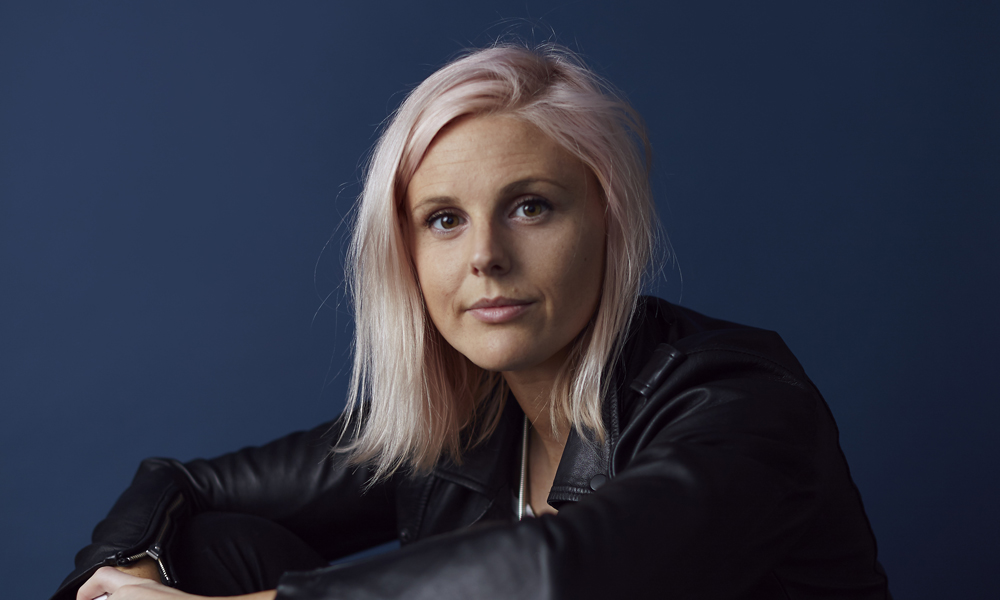