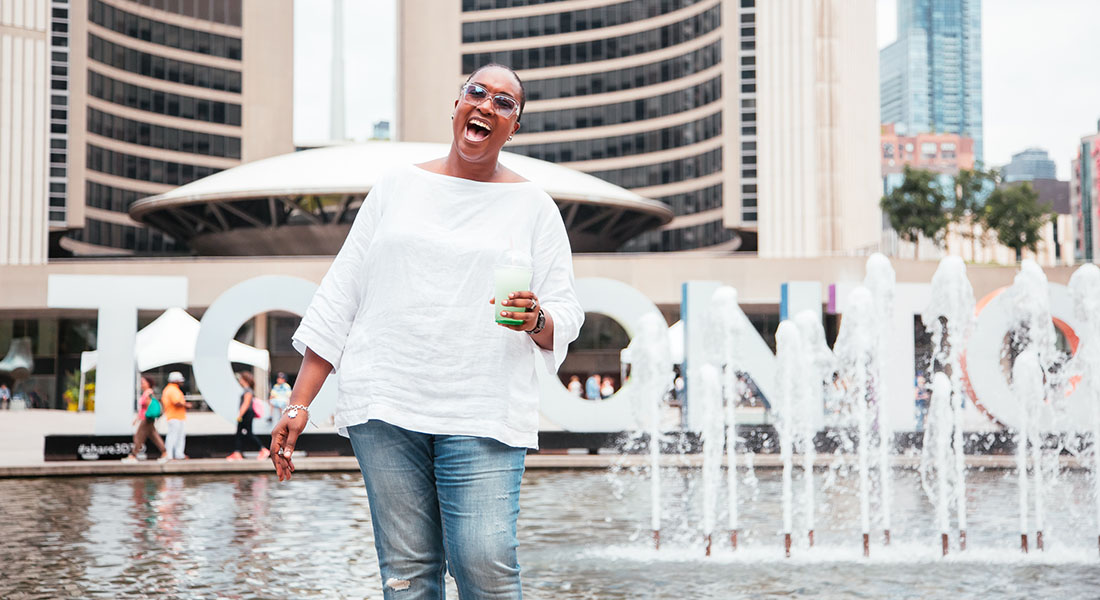 Seventeen years is a long time to be working towards the same goal, but for size activist Jill Andrew, she wouldn’t have it any other way … except maybe for things to have shifted already!

Not only is it in the Olympic arena that Canadian women excel. In the queer community, there are many making art, taking up space, being brilliant and pushing for change. And Jill Andrew is hard to miss. As an award-winning columnist and co-founder of the Body Confidence Awards Canada [www.bodyconfidencecanadaawards.com], Andrew has turned her attention to advocacy—fighting to make size discrimination illegal and have it included as protected ground in the Ontario Human Rights Code.

IN Magazine had the chance to sit down and talk with her about her work, her life and her love of cats.

How many years have you been doing size activism work?
For me, from the mid-to-late ’90s (after an experience on public transit where I was called a ‘fucking fat black bitch’), I started to do the thinking … I began to really take stock and look at the ways in which bodies, particularly women’s and people who looked like me (black and other racialized folks), were being treated. I didn’t have the language, but I was motivated.

By the late ’90s, I was writing about size discrimination while doing my undergrad at York University. And in 2003 I began a now-defunct anthology project called Phat Girls in Search of a Pretty World: Hot Lil Fat Chicks Speakin’ Out!

I’d say, though, my more substantive work in size activism came in 2006, when I started the Curvy Catwalk Fashion Fundraiser. The fashion show doubled as a fundraiser for NEDIC (National Eating
Disorder Information Centre) and Sheena’s Place.

And in 2014, the time was right to work on another anthology, this time with Demeter Press, called In Our Skin: Our Bodies, Our Stories.

Have things changed over the past 10 years?
I’ve certainly seen shifts … There is a greater awareness and adoption of ‘Health at Every Size’—the idea that fat does not equate to being unhealthy. I’ve also seen a growing awareness of the mental health consequences of size discrimination/body-based shaming and body-based harassment.

I’m also seeing more of an intersectional approach to addressing body activism. Body shaming is not a white, heterosexual, college-educated women’s issue. That myth (which continues to inform funding decisions and directly impact communities of colour, which aren’t funded or resourced as well where body positivity work is concerned) is being dismantled little by little.

What kind of support have you found in the queer community?
I, along with my partner Aisha Fairclough, who is also very engaged in body activism work, previously partnered with The 519 to co-host the ‘FATshionraiser: Fat is a Feminist Issue.’ This was an opportunity to not only create community space where LGBTQ and our allies could speak on body positivity, size politics, etc. … but was also an opportunity to raise fashion (rather than fund) donations for new immigrants to Canada who access The 519 for support.

Why did you decide to start the Body Confidence Awards?
We wanted to recognize people for their work in body activism— specifically those based in Canada, who largely go unsung since the body activism movement tends to be very Americentric and UK focused. Very selfishly, we also wanted to be surrounded by a body-positive community … people who ‘got it’ and are in the business of equity, inclusion and changing lives.

Who are some of the fat activists who motivate(d) you?
OMG there are too many to list! I cannot tell you how thankful I am to Black Lives Matter Toronto for the way they have brought forward the conversations, and frustrations, so many of us have had quietly and anonymously in our kitchens for decades! It provides hope to think of the future of Canada with activists like these in our midst.

Fat activist Marilyn Wann’s book FAT!SO? (and her entire career) has been a huge inspiration. I first read her book as an undergrad at York, and it opened a new world and a new way of thinking about fat and fatness for me. This is around the same time I became enamoured with Pretty Porky and Pissed Off [disclosure: The writer was a member of the group] and read Turbo Chicks (inspiring me to create anthologies of my own to help share other women’s stories).

I’m also a huge fan of Andrea Shaw, who has made compelling arguments around the connections between fatness and blackness as embodiments that are highly contested, and often excluded from ‘mainstream’ narratives of beauty, femininity and, in essence, good citizenship.

What do you think is the best way to get to a place of equality?
That’s a huge question …

First and foremost, we must see size discrimination/body-based harassment/body shaming/fat shaming as a human rights issue and a public health issue. Body shaming has direct implications for those who experience it…. We must get politicians and change makers on board. Politicians in the UK and Michigan are on the ball, and several cities have made size discrimination illegal. It’s time for Canada to at least see the relevance in the argument.

How can the LGBTQ community help?
Sign and share the petition! [www.change.org] I cannot emphasize the importance of not only signing but of sharing it! Sadly, although we know how rampant size discrimination is, it’s been very difficult to get the petition off the ground. I’m currently working with body image activists, educators and some public figures to truly try to shed light on the necessity of this work and the need for signatures and shares.

And about these cats?
One of my life dreams is to be in a field lying under the summer’s light and air with hundreds of cats. In the meantime, I created PURR Toronto Feline Film & Arts Festival, held on International Cat Day. Stay tuned for the 2017 dates! 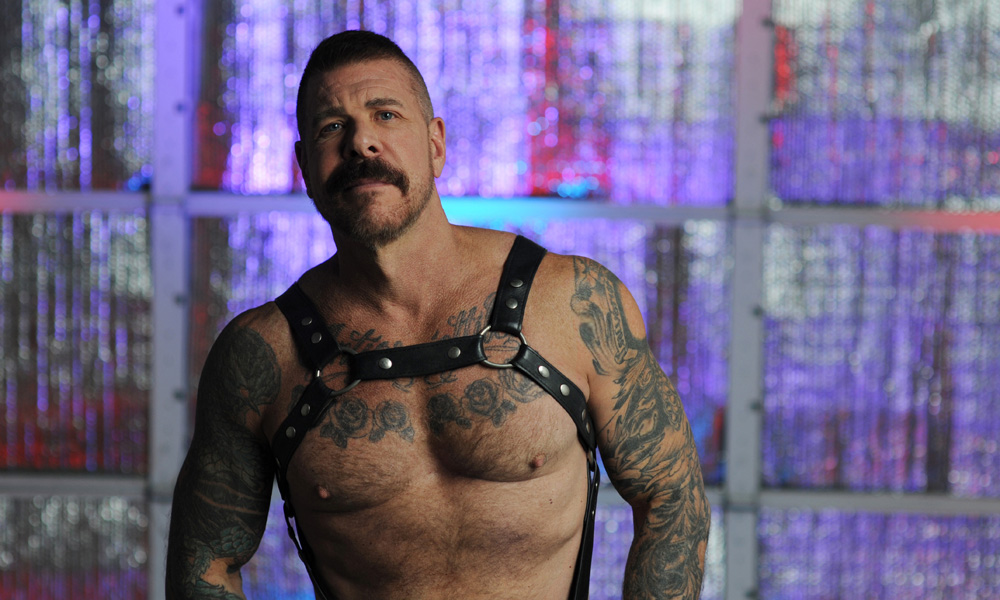