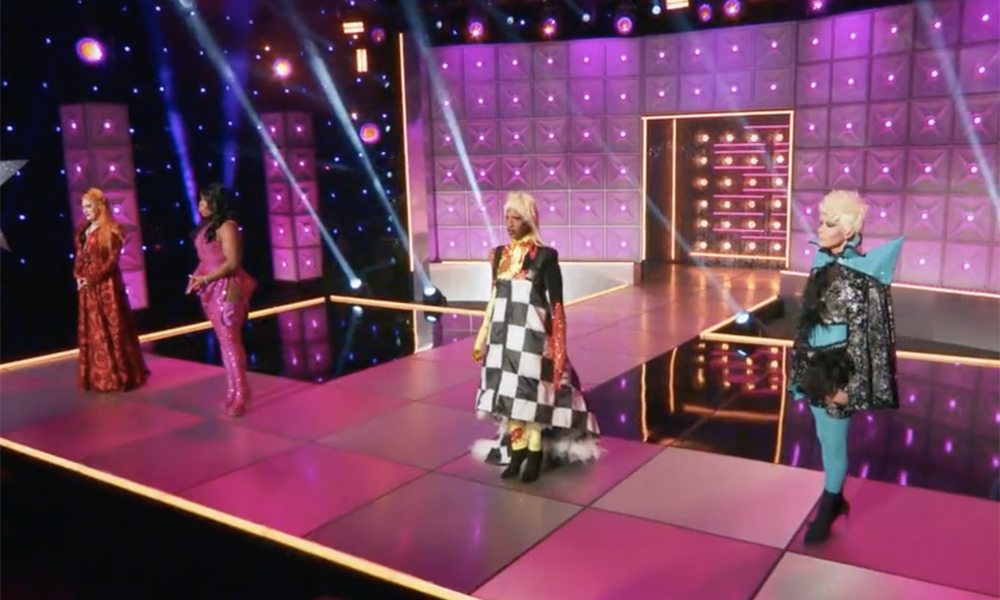 In the grand finale all of the all stars lip sync for their shot at the prize, and a new queen of queens is crowned OFFICIALLY!

After a legendary season full of twists, turns, and enamel star pins we have FINALLY made it to the finale of All Stars. Last week the queens performed in a variety show which determined the four queens who would make it to the finale. In the end the top four are Monét, Shea, Jinkx and Trinity. However, the rest of the all star queens will get to compete for a smaller cash prize in a second lip sync smackdown. Tonight, the two groups will perform in their lip syncs, and a new queen of queens will be crowned.

This week’s episode begins with all of the queens walking into the werk room and gathering on the couches. Everybody congratulates the top four, Monét feels good about going into the finale with the most stars. The queens talk about the fact that even the four remaining queens will get to compete for 50 thousand dollars and how bonkers that is. Jinkx really wants to win the top spot and seals it with a witchy cackle. Trinity and Monét reveal to the rest of the group that they had a twinners alliance the whole time, which catches only Shea by surprise. It’s the final day in the werk room and everyone is feeling ready to get down and dirty and compete for the crown. Over at the table a debate breaks out on who they think will win the lip sync when Ru interrupts. Ru tells the girls that their magical adventure is almost over, and how the only legendary legend stars that matter are the queens themselves. Since it’s the last time that they’ll all be together in the werk room Ru surprises them with pit crew members and gives the queens fifteen minutes to get into groovy quick drag for one last boogie together.

Out on the main stage Ru introduces the panel of judges for the last time this season. It’s just family meaning it’s Michelle, Carson, and Ross. On the runway the category is “Grand Finale Eleganza” and all of the queens look absolutely stunning in their final runway lewks of the competition. For final critiques the judges go through each queen and tell them how amazing they’ve all been through all of the challenges and runways and give them special queen titles. Ru gets a little emotional addressing the queens and thanking them for being beacons in the community and how proud she is of everyone. Then there’s a break where Ru performs a song with dancers dressed as clowns.

First up for the lip syncs is the She Done Already Done Had Herses group. The first pair to lip sync is The Vivienne and Yvie and they’re lip syncing to “Push It” by Salt-N-Pepa. Viv and Yvie give a fun and passionate performance and Ru decides that Yvie will move onto the final round, which means it’s the end of the road for The Vivienne. Even though Viv was eliminated she is still presented with a scepter. Next Jaida and Raja lip sync to “Let’s Hear It For The Boy” by Denise Williams. After a lip sync full of fun and energy Ru chooses Raja to move onto the final round with Yvie is Raja! Jaida is also presented with a scepter before leaving the stage.

The top four come back to the main stage to start their competition for the queen of all queens. The wheel spins and determines that the first two queens lip syncing are Jinkx and Shea, and they’ll be lip syncing to “Judas” by Lady Gaga. After a legendary performance (with choreography from the music video) Ru selects Jinkx to move on to the final lip sync and sends Shea home with a participant scepter. Twinners Monét and Trinity lip sync to “So What” by Pink. Ru chooses Monét to move onto the final round with Jinkx. Trinity gets her crystal scepter and thanks the judges for having her back. For the final She Done Already Done Had Herses lip sync Raja and Yvie lip sync to “Sisters Are Doing It For Themselves.” Both queens give it their absolute all, and in the end Ru crowns Raja as the queen of She Done Already Had Herses (and 50 thousand dollars) she gives an emotional thank you to Ru, and Yvie is given her runner-up scepter.

Finally, Jinkx and Monét lip sync for the final crown and 200 thousand dollars to “Swish Swish” by Katy Perry. Both of them give incredible performances filled with flawless lip syncing and money confetti with all of the All Star queens watching on from beside the stage. Ru announces that the winner and QUEEN OF ALL QUEENS based on the final lip sync and their performances all season long is none other than JINKX MONSOON! Condragulations Jinkx for an iconic season!