Last week the queens wrote and delivered graduation speeches on the main stage that were equally inspiring, shady, and hilarious. Jinkx and Raja came out on top and both received not one, but TWO legendary legend stars (one to keep and one to give away), but it was Jinkx who won the lip sync and the power to block another queen from winning a star this week. Jinkx chose to block The Vivienne, who was one of the only queens with a star that hasn’t been blocked yet. This week, the queens will compete in a girl group challenge (one of my favourites each season). Let’s get into it.

This week’s episode begins with all of the queens walking into the werk room following the lip sync. Raja is feeling great about finally getting a star and all of the queens congratulate her and Jinkx on winning their stars. Jinkx is the first queen with two stars, and she brings up that she and Raja each have a star to give away, so it won’t be just her at the top for very long. The Vivienne enters the room after her blocking and tells Jinkx she was expecting to be blocked after their moment last week, but Jinkx insists it was because she’s noticed Viv steadily getting better, and considers her to be top competition. Viv isn’t buying it though. The Vivienne continues the plunger gag but the rest of the queens want to know who the second stars are going to. Yvie is now the only star-less queen and she says she is not above a handout from a generous sister. The queens get out of drag and Jinkx and Raja have a talk about who to give their stars to. 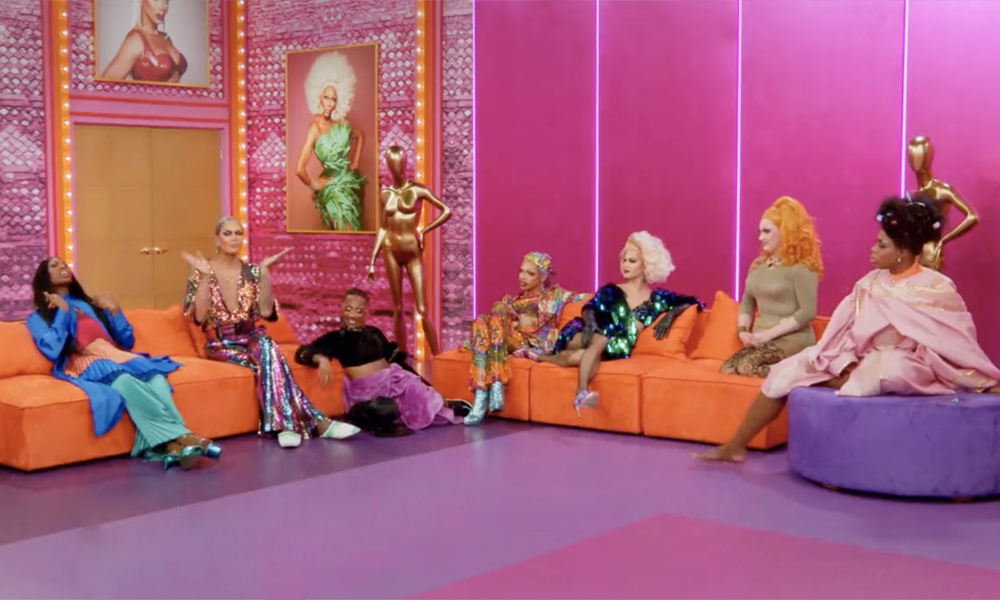 It’s a new day in the werk room and the queens make their way to the red table to chat about who might be getting those extra stars. Ru interrupts and tell the gals it’s time to learn who Raja and Jinkx are gifting those extra stars to. Raja chooses to give her extra star to Yvie Oddly (star-less no more!). Jinkx gives her star to Jaida Essence Hall. Now all of the queens have at least one star except for Jinkx and Jaida who each have two. Ru tells the queens that for this week’s maxi challenge we’re going in a time machine back to ohhhh… about 20 years ago. The queens will live their Y2K fantasies as millennium girl groups on a flashback episode of MTV’s iconic live show TRL. They will split up into two groups with one of them singing a love ballad and the other singing a break up banger. They’ll write, record, and perform their songs in their TRL debut. Ru leaves the queens to divide the groups themselves, which they do quickly and head over to the couch to pick between the songs. The Vivienne says she’s not happy with how the groups were determined. Jinkx says they should just pick teams based off the song they want to perform, which Viv is still a bit iffy on. It gets settled with Jinkx, Jaida, The Vivienne, and Yvie on one team (Together 4Ever). This leaves Shea, Monét, Trinity, and Raja on the other (Titanic).

Group Titanic is happy with their team, and gets to creating a group name by putting their initials together, which cleverly spells out M.S.T.R. Raja is excited about this challenge because she’s always wanted to be in a girl group (who hasn’t). M.S.T.R comes up with a backstory for their group and the real meaning behind their breakup song which is actually about the fifth member of their band who just left to go solo (I’m having emotional Spice Girls and One Direction flashbacks). Over on the other side of the werk room the love song group comes up with their name “The Other Girls”. Ironically, their backstory is that they’ve all left or been kicked out of their original groups (this is my multiverse of madness). The Other Girls are going with more of a comedic approach with their performance playing right into the best pop group stereotypes (one older member, and one member that randomly has a different accent).

Out on the main stage the groups take turns recording the verses to their new hit songs. M.S.T.R is up first and they have come PREPARED with character references and they all slay on the mic. The Other Girls record second and they also have good references and solid verses for each of the persona’s they’ll embody in this challenge. This group does well during their recording session too. Both groups head out to the stage to choreograph their routines. Jaida takes the reigns choreographing her group, but everybody works together contributing steps. Shea takes the lead with coming up with the routine for the other group. Shea and Monét are both strong dancers, so their steps are a bit more complex, which has Trinity and Raja a bit concerned with picking them up. All of these queens are strong performers, so I’m sure both songs will be amazing. 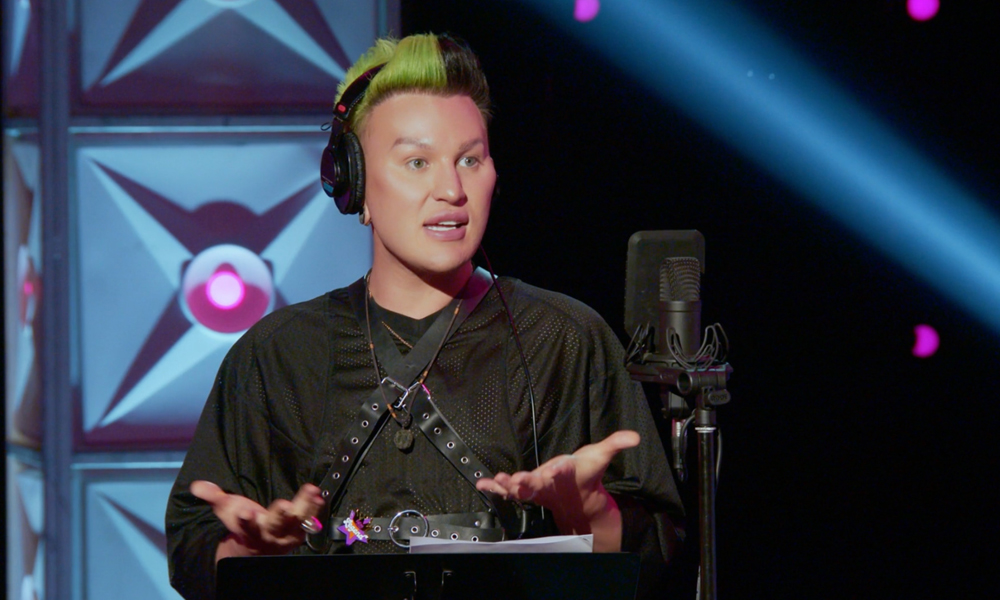 It’s performance day and the queens are preparing for their TRL debuts in the werk room. The other members of  M.S.T.R join Raja for some light yoga while The Other Girls get amped up to play their girl group characters. The queens talk about being officially in the halfway point in the competition and how blocking has to get very strategic from now on. Out on the main stage Ru interoduces this week’s panel of judges Michelle, Ross, and musician Tove Lo (which I was shocked to learn is pronounced too-veh loo). Ross transforms into Carson Gayly to introduce the groups on TRL and up first is M.S.T.R performing their breakup song Titanic. Their verses and performance are both strong. Next up is The Other Girls performing their song Together Forever. Their performance is also strong with a clear comedic story throughout. Following the performances the category on the runway is “Night of 1000 Dolly Partons”, and I just know Trixie Mattel is somewhere punching the air right now. The queens take turns serving on the runway in their best Dolly looks.

It’s time for critiques starting with Monét. Ross loved her in the performance and said her lyrics brought him back and Michelle loves her overcoat gown on the runway. Ru loves Trinity’s outfit and Tove Lo loved her persona in the performance. Michelle loved Shea’s lyrics and loved her burgundy streaks in the Y2K performance. Tove Lo liked that Raja was the member of the group that was a little behind on the steps and said it really sold the group to her, and the judges all agree that her dress is stunning and totally Dolly. Michelle adored The Vivienne’s performance and lyrics. Ross tells her she knocked her Dolly Parton look out of the park. Ross also tells Jaida her poop-inspired lyrics were amazing which Tove Lo agrees with. Michelle loves her Dolly look. Tove Lo thought Jinkx’s lyrics and character were hilarious, and Michelle tells her that her Dolly look is “ridiculous” in a good way. Finally, Tove Lo loves Yvie Oddly’s Dolly look, and all of the judges thought that her character in the performance was so distinctly her. 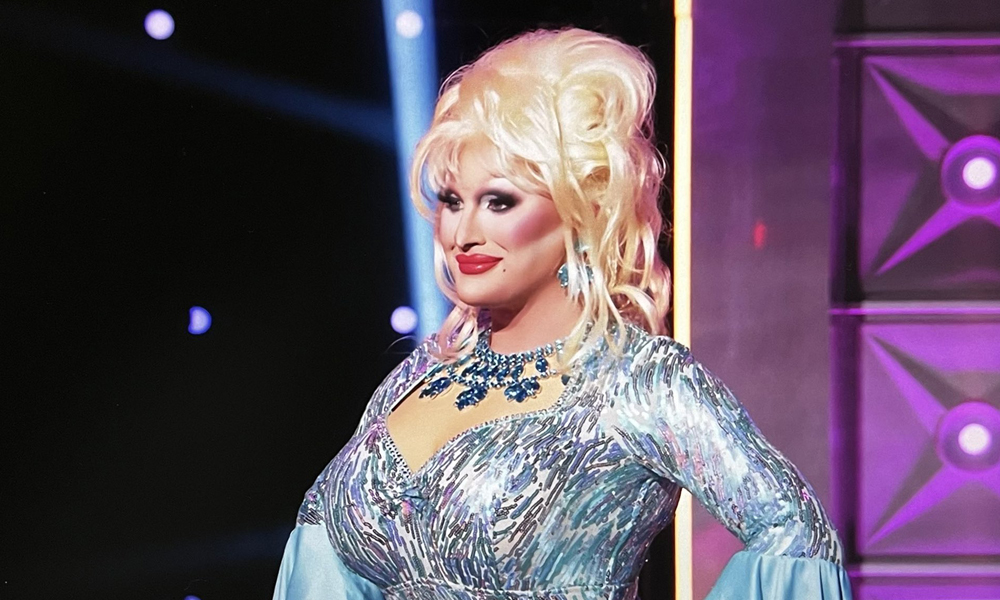 Following the judge’s deliberations Ru announces that the top two queens of the week are The Vivienne and Yvie Oddly. The Vivienne is currently blocked, so she won’t be getting another star, but Yvie will be receiving her second star this week! The Vivienne and Yvie lip sync for the platinum plunger and the power to block to “Why’d You Come In Here Looking Like That” by Dolly Parton. Both queens give a unique performance but Ru decides that the winner of this week’s lip sync and ten thousand dollars is The Vivienne. Viv chooses to pass her plunger onto Jinkx and this is shaping up to be a real competitive feud this season.

Next week on All Stars: Jinx is irritated to be blocked again and the queens take on another design challenge.