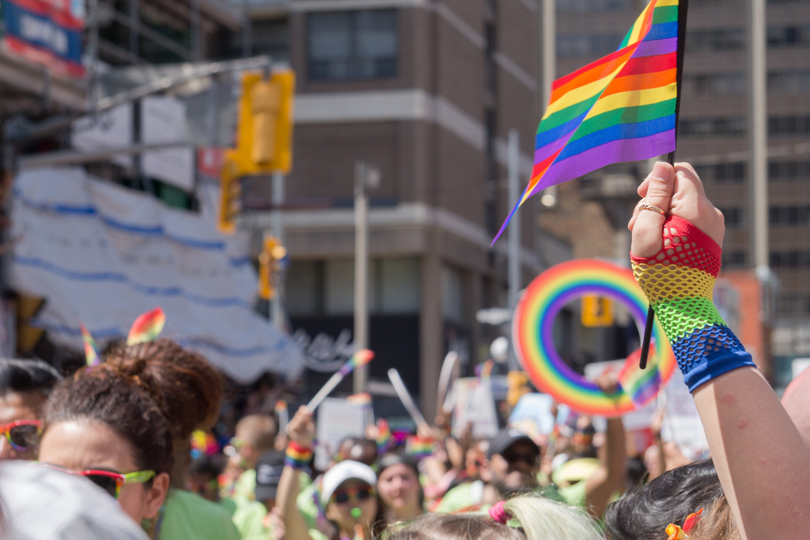 Everything You Need To Know About Toronto’s 2022 Pride Parade, Dyke March & Trans March

Dates, times, routes! Here’s how to join the crowds this weekend for the annual Pride Parade, Dyke March and Trans March…

This weekend the streets of downtown Toronto will be bustling with people, music and floats as thousands come out to participate in the annual Toronto Pride Parade, Dyke March and Trans March. Anticipation for the return of of in-person celebrations for the three key Pride events is high after a two-year hiatus due to the COVID-19 pandemic.

Church Street will be closed this weekend for the Pride Toronto Community Street Festival. The festival run south of Bloor Street to Dundas Street East and Wellesley Street will be closed from Yonge Street to Jarvis Street. The closure will go into effect shortly after midnight on Friday and will remain in place until 6:00am on Monday, June 27.

Before you attend the Pride Parade, Dyke March or Trans March… Here’s everything you need to know about the three parades:

The 2022 Toronto Trans March
Friday June 24, 2022
Rally – 7:00pm
March – 8:00pm
Toronto’s annual Trans March is a celebration of all things, Transgender! The rally will begin at 7:00pm at 635 Church Street (Church Street and Hayden Street) with speakers and performers who are going to be getting the marchers prepared. The route of the march, which starts at 8:00pm follows its usual route – North on Church, West on Bloor, south on Younge, East of Carleton, to Allan Gardens (160 Gerrard St. East).

Before the march be sure to check out the community fair (which begins at 3:00pm), which will include groups and members of the community who will have booths to sell their art as well as raise awareness for different agencies. After the march, stick around for the after-party (which begins at 9:00pm) at Allen Gardens featuring plenty of performances and DJs.

Similar to the Trans March, after the Dyke March there will be an after-party at Allen Gardens featuring plenty of performances and DJs. The after-party will run until 11:00pm.

Make sure to head there early to get a good lookout spot for the parade.