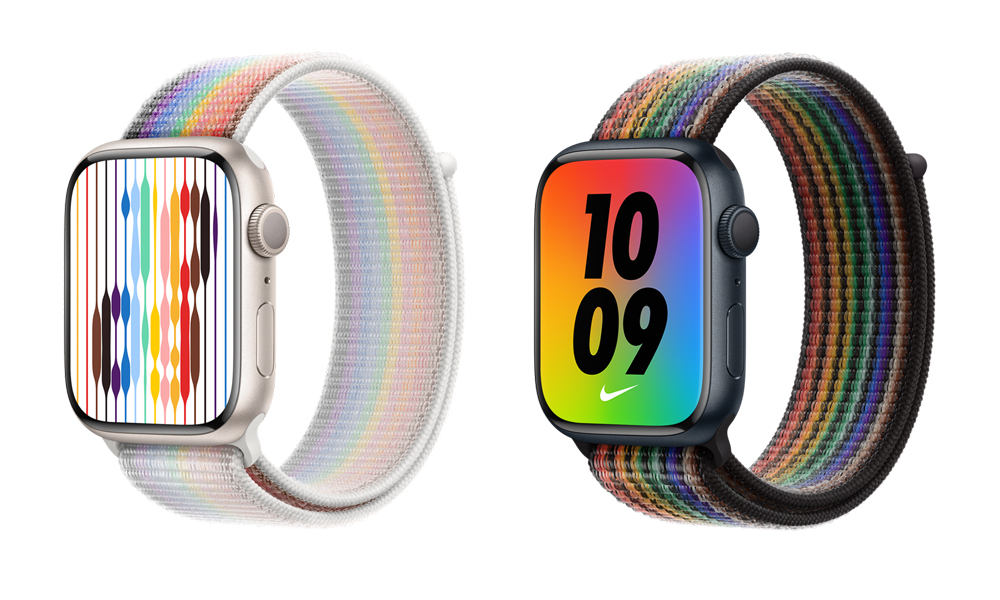 Ready to shop? Apple has released its 2022 Pride watch bands…

In celebration of Pride month Apple has released two new watch bands and a collection of new Pride-inspired watch faces in support of the global LGBTQ+ community and equality movement.

The other band, the new Pride Edition Nike Sport Loop (above right), is darker but very colourful, with bright rainbow stripes and dark edging. 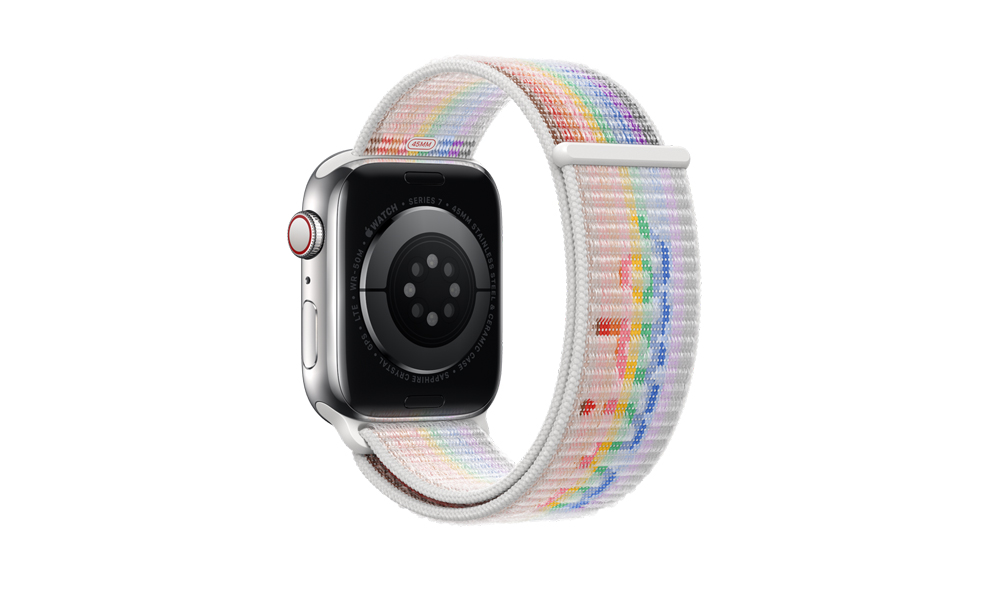 There’s also a new Pride-themed watch face available for the Apple Watch Series 4 or later running watchOS 8.6, and iPhone 6s or later running iOS 15.5. Inspired by multiple pride flags, Apple said this new watch face “combines colouyrs to represent the strength and mutual support of the LGBTQ+ movement.” The watch face’s colourful threads move as the Digital Crown on Apple Watch is rotated, the display is tapped, or the wearer’s wrist is raised.

Of course, this isn’t the first year Apple has joined in on the celebrations… they have been releasing new Pride-themed bands and watch faces since 2017 to help celebrate Pride month.

The Pride Edition Sport Loop and Pride Edition Nike Sport Loop are available for $59 (CAD) on apple.com and in Apple stores across the country now. A portion of the proceeds from the 2022 Pride Edition watch bands will go to Encircle, an organization that provides life-affirming programs and services for the LGBTQ+ community and their families, and to The Trevor Project, the world’s largest suicide prevention and crisis intervention organization for LGBTQ+ young people.