Nobody could have anticipated that the interest in Drag Race UK’s second season would overtake the hype of the original RuPaul’s Drag Race. But as the two shows aired simultaneously, fans found themselves gravitating to the British series instead. Why is that…

When the second season of the United Kingdom’s own Drag Race dropped two weeks after the 13th season of RuPaul’s Drag Race began at the beginning of January, fans were just happy to have two new episodes of the iconic drag show to watch weekly. Nobody could have anticipated that the popularity of the British version of the show would blow up, almost eclipsing its American older sister on social media as the competition drew to a close. While there are obvious differences that had fans divided, what was it that made so many fans gravitate to the British series over the American one?

Under normal circumstances, these two series would have aired by themselves, six months apart. But due to filming delays thanks to Covid-19, we were treated to two versions of Drag Race running simultaneously. On one hand, the double-dipping of new episodes every week was nothing to complain about…especially during the collective winter of our discontent. Some fans argued that Drag Race UK reigned superior to the original series, while others chose to stand by the original – and other fans, and queens from seasons present and past, said we should just be happy we have more episodes to watch each week.

But as any Drag Race fan knows, we tend to be a judgmental bunch. So comparisons between the queens, the challenges and the overall productions were bound to come up. We’re not new to this, after all. We’ve witnessed countless other variations of the show: Drag Race Thailand and Drag Race Canada both featured elements that differed from the original series, to appeal to their respective local audiences. So differences between the series from country to country are inevitable.

After the success of the UK’s own spinoff (which is currently the only other spinoff RuPaul hosts) in 2019, expectations for its second season were high, and it did not disappoint. By contrast, the 13th season of the American series – which premiered two weeks before the British one – had a slow start which included two weeks of premieres and a weeks-long wait before the first queen was sent home. The first few episodes had no sense of urgency, and the show – which was actually starting to feel like RuPaul’s Best Friend Race – started to lose momentum. While more episodes of our favourite televised drag queen competitions are never something to be upset over, it’s safe to say viewers were starting to get a little bored with the slow and steady pace of the American show this year. On the other hand, the British version of the show hooked fans from the first episode, and only gained momentum and more fans as the weeks progressed. Drag Race UK was serving us with something week after week that the American version just wasn’t. The humour in the United Kingdom is very different than in America. 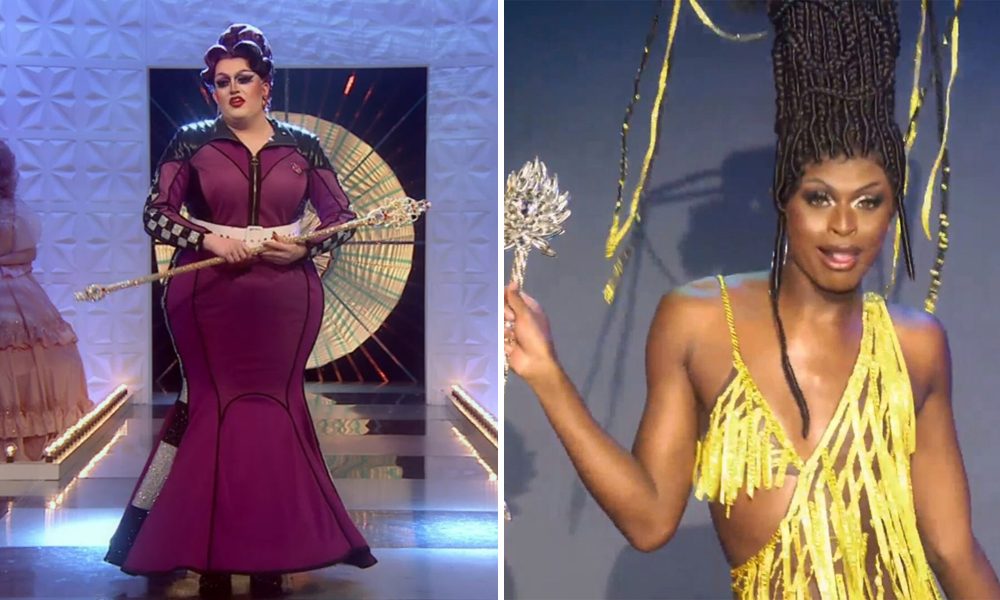 While the style of drag queens differs a little between the countries, it didn’t even really have anything to do with the queens themselves. All of them, from both series, were fantastic, and gave us incredible performances and looks week after week…though a popular critique among fans online was that queens from recent seasons of the American series produce themselves to the point of presenting like a heavily branded caricature of themselves. Others were frustrated that the editing made it obvious which queens would likely be in the top, and thus any interest in tuning in every week to see how they got to the finale was lost. We’re 13 seasons into the original series. We know what to expect, when certain challenges will happen. Some of us know which queen will be eliminated before a lip sync based simply on which sound effects play when she’s on the screen.

As much as we still all love it, it has become a little predictable. Drag Race UK kept viewers more on their toes. Sure, the queen who ended up winning was hinted as a possible winner from the first episode, but other queens who started the first week at the bottom rose to the top and became fan favourites up until the finale.

When it comes down to it, RuPaul’s Drag Racetried something different with their premiere process this year and, to be blunt, it flopped.

None of this makes the American series unwatchable, but for a lot of people, it’s starting to feel stagnant. Drag Race UK is still in its beginning stages, and it has the energy that the American version used to have. Fans seemed to have been more engaged with the British series over the American one, and it even looks like Ru is having a better time in London than she is in Los Angeles.

The original series is incredible. It’s brought drag out of the clandestine corners of the world, and right into people’s living rooms. It’s made some of its queens household names. There will always be a lot to be celebrate when it comes to the original series, but that doesn’t mean it can’t have its own renaissance.

Many fans on the show’s subreddit forum constantly express how much they would prefer a live version of the grand finale episode, as opposed to the pre-taped version we get every season. Once you learn that they film three to four alternate coronations of the winner, the finale does lose a little of its magic. Knowing that three different endings were filmed makes the one we actually see feel disingenuous – and we shouldn’t have to see the actual winner react in real time via a video on Instagram.

In March of this year, rumours on various social media platforms started circulating that producers of the American show were planning to shake up the series for the next season. It’s unknown if this is due to fan reaction to the current series. Many of the (still unverified) rumours being circulated mentioned one option being considered by the producers was a live finale, as well as the possibility that fans would potentially vote for the winner. Including fans in some of the decision making would be an interesting way to keep people engaged, although I’m not sure RuPaul would give up total authority on the final decision…so I wouldn’t advise holding your breath for that. But having fans vote for an eliminated queen to return at some point in the competition seems like a more plausible option.

Though each version of Drag Race differs from country to country, whenever there is a large group of drag queens in a room, one thing we can always count on is drama. Every single version of the competition delivers unlimited amounts to us season after season. Fans of Drag Race UK will be happy to know we’re getting another season of it later this year. Only time will tell if the original series chooses to refresh their production, and they haven’t yet given fans any hints as to what they might do to switch things up. But Drag Race is still Drag Race, and as long as queens are starting their engines, and lip syncing for their lives, fans will be watching.