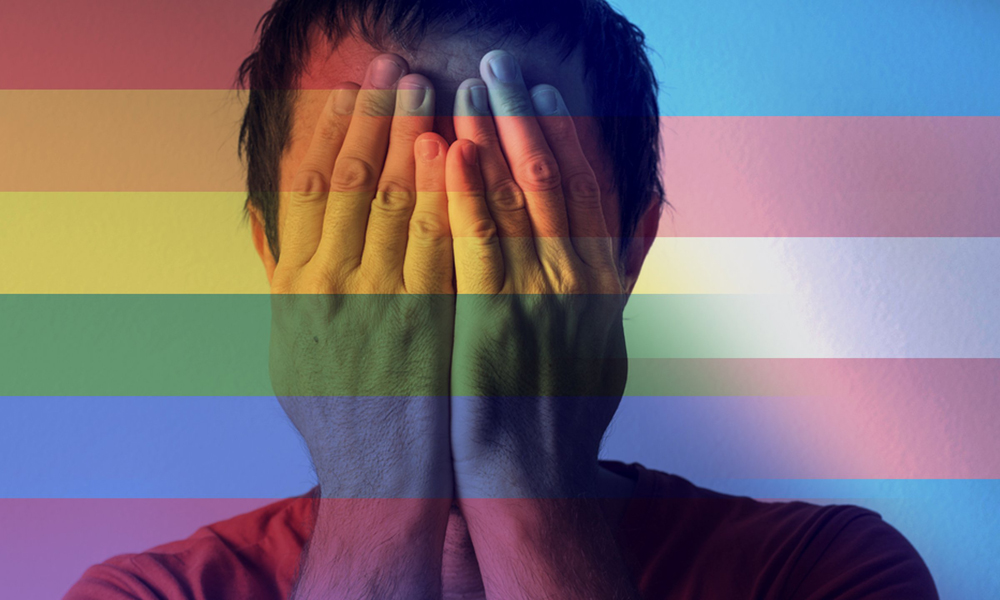 Why should homophobia and transphobia allow people to avoid facing the consequences of their actions?…

This month, we’re investigating the “gay/trans panic defence”, a legal strategy where a defendant accused of assault or murder claims they were in a state of temporary insanity caused by unwanted same-sex sexual advances. In 2013, the American Bar Association urged state and local governments to pass legislation banning the use of the gay and trans panic defence but as of February 2021, only 12 states have officially done so. In Canada, it is still permitted in certain circumstances.

In Canada, gay or trans panic defences rely heavily on the Criminal Code’s definition of provocation: “A wrongful act or insult that is of such a nature as to be sufficient to deprive an ordinary person of the power of self-control.”

Often used as a way to avoid a first-degree murder conviction, a gay/trans panic defence isn’t about denying guilt, but instead justifying it. The defendant admits they killed or assaulted the victim, but claims they had no control over their actions. According to Canada’s Criminal Code, if a defendant can demonstrate that they were provoked, they can have a murder charge reduced to manslaughter, which can come with a much lighter sentence.

Provocation is highly subjective, and a jury has to consider whether any “reasonable person” would react in a similar way to the defendant. Sometimes the defence uses past trauma to paint a story of PTSD that could lead to uncontrollable violence but proving a defendant’s state of mind (or, mens rea), at the time of the crime, is difficult. Therefore, a gay/trans panic defence is basically asking a jury to look at a crime through a homophobic lens that considers flirting while gay or trans a justification for murder.

Given the fact that most women—and plenty of men—have stories of dealing with unwanted sexual advances and they generally don’t react violently, that’s a tough sell these days. Still the strategy is technically permitted in some circumstance. There are a few high-profile cases that have put forth a gay panic defence in the past.

In 1995, 32-year-old Scott Amedure participated in a taping of The Jenny Jones Show to reveal he had a crush on an acquaintance, Jonathan Schmitz. Schmitz was surprised by the revelation and responded that he was “completely heterosexual”. Three days after the taping, Schmitz purchased a shot gun and went to Amedure’s home where he shot Amedure twice in the chest, killing him. Schmitz immediately confessed to the murder but still went to trial with a gay panic defence. While there was evidence that he planned the murder, he was found guilty of second-degree murder instead of first degree.

The Amedure family sued The Jenny Jones Show, saying their negligent actions and “ambush tactics” led to Amedure’s death. The case was covered in an episode of the Netflix series Trial by Media and an episode of popular true crime podcast, Criminal.

At its core, the gay/trans panic defence is a form of victim blaming. It implies the victim was “asking for it” or should have expected a negative reaction. In reality, if someone’s sexual orientation or gender identity provokes a violent reaction, there’s no other name for that than a hate crime. It wasn’t the “unwanted sexual advance” part that led to violence, it was just the fact that the victim was part of the LGBTQ+ community. Allowing a gay or trans panic defence means the law sees some hate crimes as justified.

Defence lawyers know how to exploit loopholes and twist the law in their favour. For example, in the Matthew Shepard murder trial, although the judge ruled that the gay panic defence could not be used, the defence still implied “unwanted sexual advances” were a factor in the murder by introducing two witnesses to testify that Shepard, the victim, was “sexually assertive”, and therefore provoked his attackers.

Although provocation is a legitimate defence in situations involving battered wife syndrome, that is completely different than a one-time nonviolent sexual advance. Unless the gay/trans panic defence is explicitly banned as an option, defendants will continue to use it to get a lesser conviction. Gay and transgender people are already more vulnerable to violence as they navigate dating and life in general and it’s time to making it legally impossible to blame someone’s sexual orientation of gender identity for the violence inflicted on them. The law should make it clear that homophobic beliefs—no matter how ingrained—will not get you out of a murder conviction.

The fact that I might be murdered because a straight man didn’t like the way I looked at him – regardless of any actual credible threat to his safety – is so far beyond any reasonable standard of justice that it’s monstrously repulsive it’s still allowed in Canadian courts. It makes the emperor’s nakedness clear. It gives voice to the laughable lie that Canada is a civilized country.
This is the kind of institutionalized batshit asymmetry that inclines me hate all straight people, everywhere, in self-defense if for no other reason.
If people of your mainstream sexuality are allowed to murder people of my marginalized one and not face the full consequences, why is the equation not reversed? Why can’t I murder any straight man who looks at me funny because I’m afraid for my life and get off with self-defense? After all, he might think I’m flirting with him, and be preparing to assault and murder me. I’m well-within my rights to defense myself against such an aggressor.
One last thing. If you’re straight and reading this made you feel defensive, guess what? That’s a YOU problem and you need to some fucking soul-searching., Maybe think about WHY you felt defensive. But make no mistake – this is the kindest I’m willing to be on this issue.