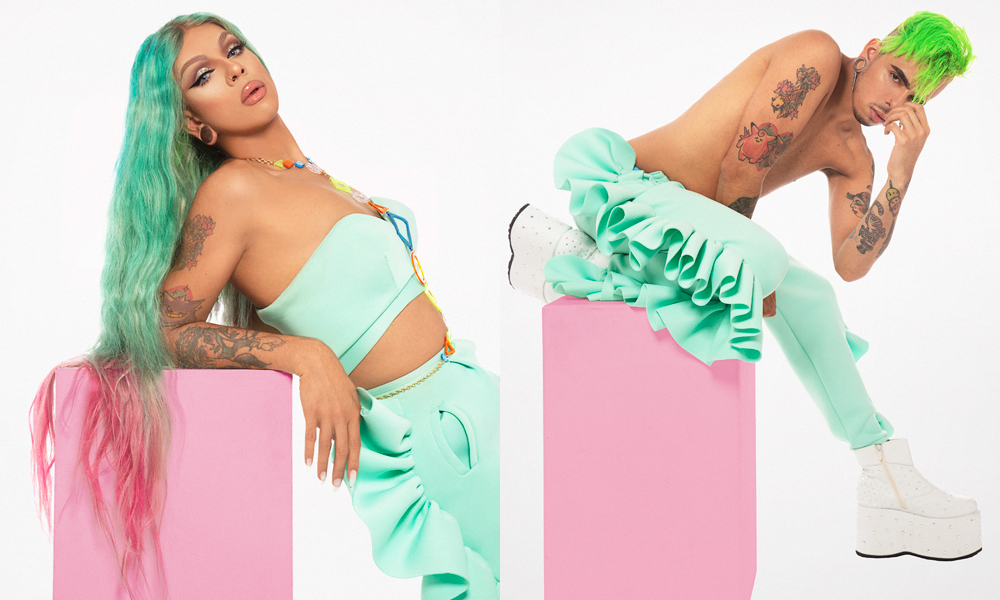 The non-binary performer, and former Drag Race contestant talks about why it’s important to be in charge of your own narrative…

You probably know Aja from their time on RuPaul’s Drag Race Season 9, and All Stars 3, but you might not know that Aja, who uses they/them pronouns, is also no stranger to music. Their newest album Box Office drops today (February 7), and features 15 songs, all with their own personal meaning, and some special guests as well.

Aja started posting music online as a teenager as a way to get their point of view out there, and continued to make music as a way to be heard. The track placement of Box Office is actually in order of the events in Aja’s life that are highlighted in the music, and plays out as small stories, all connected to make one larger narrative piece.

Box Office is mostly Aja’s story, but there are also some featured artists on the album like fellow Drag Race alum, Shea Coulee, and internet rap sensation CupcakKe. Aja described CupcakKe as “is someone who’s in hip hop who is very supportive of the queer community and speaks up about different issues”. This made having artists, especially like CupcakKe featured on the album important to them.

In a way, Box Office is like being re-introduced to Aja, and meeting the most real, and authentic version of them. Aja’s music demands that you forget everything you thought you knew, and hear it from a different point of view.

We spoke with Aja to get the scoop about their inspiration, being the narrator of their own story, and the importance of being unapologetically you. 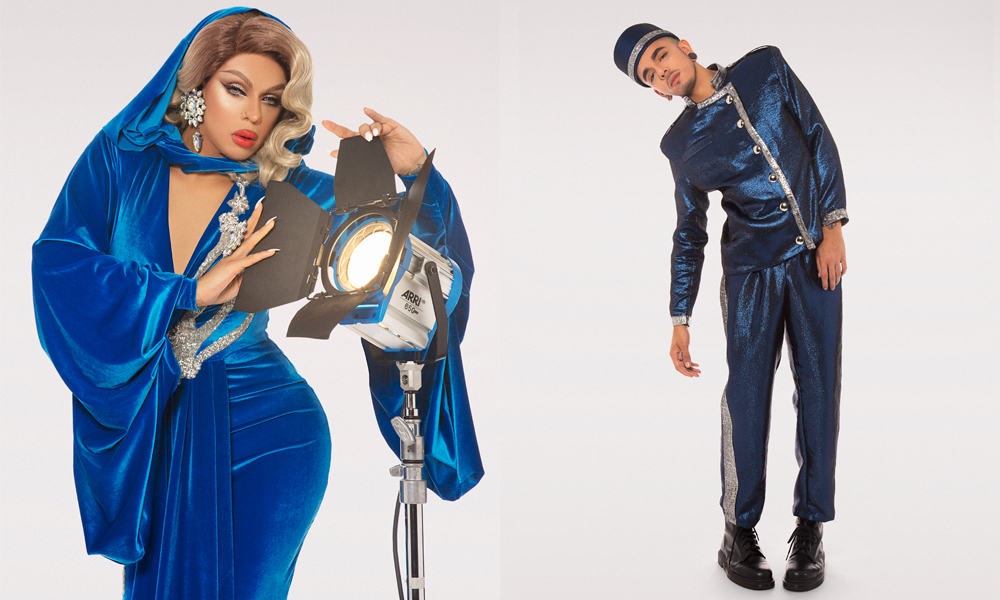 Your new album Box Office drops this week, what is the message you want people to take away from your music?
Honestly, I just want people to take a sense of self-realization, and just being genuine. I feel like one thing people who are always in the limelight, or in the spotlight, or just public figures struggle to do is keep that real sense of genuineness, because it’s really easy for people to take advantage of you. But, in the album, I’m really just being myself, and putting forward who I’ve always been. I feel like I’m not scared to, and I really hope people listen to it, and realize they can just be themselves.

How is the music on Box Office different than the music on your first EP?
On In My Feelings I was really catering to the sort of aesthetic people got to know me to be through television, but when I wrote Box Office it was really just like an autobiography. Just me talking about my experiences, and it’s very heavily themed by media.

Why was it so important to go back to making music that you loved, and were excited to create again?
I think it was just very important for me to realize that there’s no mold that I need to fit in. I feel as a queer person in hip-hop, or music period, there’s sort of pigeonholing where people want you to be a certain way, look a certain way, act a certain way, and I’m just not. I don’t fit that mold, and it’s a mold I’ll never fit. I’ll never be like, the sassy-person-of-colour-queer-artist, I’ll never be that. I can only be me. So I really feel like it was more important for me to just be myself.

Music has been a big part of your life, and creativity for a while now. What inspired you to start uploading your music on the internet as a teenager?
I feel like growing up in New York prior to gentrification especially, as a person of colour you’re always reaching, and looking for your voice because you’re kind of told by society that your opinions don’t matter, and that what you have to say isn’t anything. So when I was younger, I really just had a lot to say, and music, and poetry were really my only ways of communicating, and feeling like somebody was listening, even if they weren’t.

There are some other featured artists on the album, like Shea Coulee, and CupcakKe. How do you choose whom to collaborate with?
For me it’s more about, writing a song, and I put it on a beat and then I say, “ok what’s the vibe?” When I started coming down to the nitty-gritty details, I thought “Ok, who would sound the best on this song?” and when it came to Breakfast at Tiffany’s, I felt like nobody could capture that essence of black excellence, especially from a queer point of view like Shea Coulee, and I thought she matched it so hard. Same thing with CupcakKe, she was the only person I knew who could have killed that verse on Safari Zone, so I’m really excited that both of them are on those tracks specifically because it’s like they were meant to be.

What can fans expect to see when you perform your new music live?
I just want my fans to feel loved. I want them to know that when they come to see me they’re genuinely appreciated, and that they’re welcomed, and that they’re loved. I feel like a lot of people, especially people who have been given a similar platform to me don’t really appreciate their fans, and they take a lot for granted. So, as long as they’re coming to the shows, or even if they’re not, they’ll always feel that love. 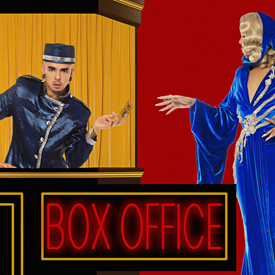 You’ve spoken about how Box Office is a glimpse into your authentic life without any influence from any outside narrative. Why do you think it’s important for artists to be more authentic with the art they put into the world?
I feel like honestly it’s just important to take control of your narrative at any given moment, and it’s good to always be outspoken. Honestly, I feel like the best thing you can do is always just remind people what they know about you, what they don’t know about you, and always remind people who you are as a person. So for me it’s just about saying hey this is me, I’m the same person I’ve always been but let me tell you the story from my point of view. There are a lot of people who have gotten to know me from television, but that’s so like not my scope. So in essence, this is my chance to talk to people, and let them get to know me for me.